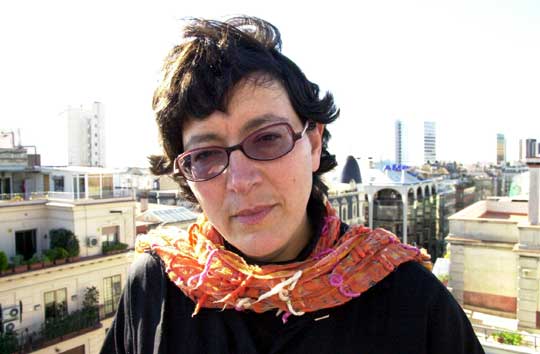 If victory is measured in the number of dead, then Israel and its army are big winners. From the time I wrote these words on Saturday, and by the time you read them on Sunday, the number will no longer be 1,000 (70-80 percent civilians) but even more.

How many more? Ten bodies, 18? Three more pregnant women? Five dead children, their eyes half-open, their mouths gaping, their baby teeth poking out, their shirts covered with blood and they are being carried on a single stretcher? If victory means causing the enemy to pile up a number of slaughtered children on one stretcher, since there are not enough stretchers, then you have won, Chief of Staff Benny Gantz and Defense Minister Moshe Ya’alon – you and the nation that admires you.

And the trophy also goes to the Startup Nation, this time to the startup renowned for knowing and reporting as little as possible with as many international media and available websites as possible. “Good morning, it was a quiet night,” the Army Radio host announced cheerfully on Thursday morning. In the day preceding the happy announcement, the Israel Defense Forces killed 80 Palestinians, 64 of whom were civilians, including 15 children and 5 women. At least 30 of them were killed during the same quiet night, from overwhelming shelling, bombing and firing from Israeli artillery, and this is without counting the number of injured or the number of houses blown up.)

If victory is measured in the number of families wiped out within two weeks – parents and children, one parent and a few children, a grandmother and daughters in law and grandchildren and son, brothers and their children, in all the variations you might choose – then we also have the upper hand. Here, names from memory: Al-Najjar, Karaw’a, Abu-Jam’e, Ghannem, Qannan, Hamad, A-Salim, Al Astal, Al Hallaq, Sheikh Khalil, Al Kilani. In these families, the few members who survived the Israeli bombings in the past two weeks are now jealous of their dead.

And let’s not forget the laurel wreaths for our legal experts, those without whom the IDF does not make a move. Due to them, blowing up an entire house – whether empty or filled with residents – is easily justified if Israel characterizes one of the family members as an appropriate target (be he senior or junior Hamas member, military or political, brother or family guest).

“If it is legal according to international law,” a Western diplomat told me, shocked by his own state’s position in support of Israel, “it is a sign that something stinks in international law.”

And another bouquet of flowers for our advisers, the graduates of the exclusive law schools in Israel and the United States, and maybe also in England: They are certainly the ones advising the IDF why it is permissible to fire at Palestinian rescue teams and prevent them from getting to the wounded. Seven members of medical teams on their way to rescue the injured were shot to death by the IDF during two weeks, the last two only last Friday. Another 16 have been wounded. This doesn’t include the cases is which IDF firing prevented crews from driving to the disaster scene.

You will surely recite what the army says: “Terrorists are hiding in the ambulances” – since Palestinians do not really want to save their wounded, they don’t really want to prevent them from bleeding to death under the ruins, isn’t this what you are thinking? Does our acclaimed intelligence, which did not discover during all these years the network of tunnels, know in real time that in every ambulance that was hit directly with IDF fire, or whose trip to save an injured person was blocked, there are really armed Palestinians inside? And why is it permissible to save a wounded soldier at the cost of shelling an entire neighborhood, but it is not allowed to save an elderly Palestinian buried under the rubble? Why is it forbidden to save an armed man, or more correctly a Palestinian fighter, who was wounded while repulsing a foreign army that invaded his neighborhood?

If victory is measured by the success at causing lifelong trauma to 1.8 million people (and not for the first time) waiting to be executed any moment – then the victory is yours.

These victories add up to our moral implosion, the ethical defeat of a society that now engages in no self-inspection, that wallows in self pity over postponed airline flights and burnishes itself with the pride of the enlightened.This is a society that mourns, naturally, its more than 40 soldiers who were killed, but at the same time hardens its heart and mind in the face of all the suffering and moral courage and heroism of the people we are attacking. A society that does not understand the extent to which the balance of forces is against it.

“In all the suffering and death,” wrote a friend from Gaza, “there are so many expressions of tenderness and kindness. People are taking care of one another, comforting one another. Especially children who are searching for the best way to support their parents. I saw many children no older than 10 years old who are hugging, comforting their younger siblings, trying to distract them from the horror. So young and already the caretakers of someone else. I did not meet a single child who did not lose someone – a parent, grandmother, friend, aunt or neighbor. And I thought: If Hamas grew out of the generation of the first intifada, when the young people who threw stones were met with bullets, who will grow out of the generation that experienced the repeated massacres of the last seven years?”

Our moral defeat will haunt us for many years to come.

Who is Amira Hass?

Amira Hass is the Haaretz correspondent for the Occupied Territories.

Born in Jerusalem in 1956, Hass joined Haaretz in 1989, and has been in her current position since 1993. As the correspondent for the territories, she spent three years living in Gaza, which served of the basis for her widely acclaimed book, “Drinking the Sea at Gaza.” She has lived in the West Bank city of Ramallah since 1997. Hass is also the author of two other books, both of which are compilations of her articles.