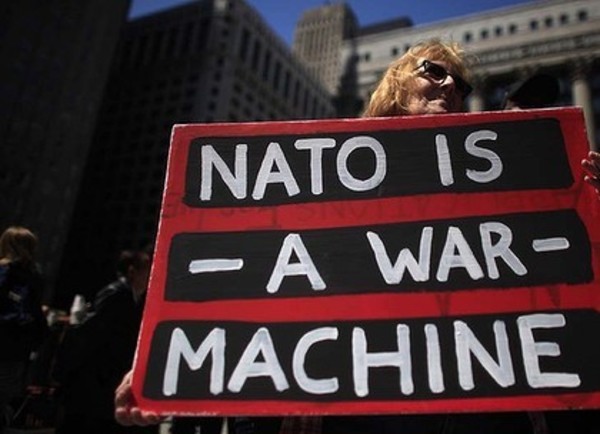 NO TO WAR, Stop Rearmament: European Day for Peace – 4 September

September 4-5 there will be a NATO summit in Wales. On the agenda is a demand for all NATO countries to raise military budgets to at least 2% of the GDP. This is the direct preparation for an increased aggressive use of NATO military all over the world and the beginning of a new arms race.

The NATO and its member states cooperate and support other states in preparing and perpetrating wars of aggression.

The European Left Summer University proposes that we take action, make demonstrations and cultural events all over Europe on Thursday, 4 September 2014.

– We appeal to the member parties of the European Left, to other left wing parties, to all peace loving people, peace movements and democrats to take part in these activities and to organize it.

– We say no to increased spending on arms and military and to starting a new arms race.

– We say no to big international powers support to active military escalation of their partners.

– We call for an arms embargo against Israel and Ukraine.

– We demand that IMF stop for transfer of funds to Ukraine, as long as this war goes on.

– We demand a stop for war in Gaza, Israel and Eastern Ukraine and negotiations to solve the conflicts peacefully, based on respect for human rights and democracy.