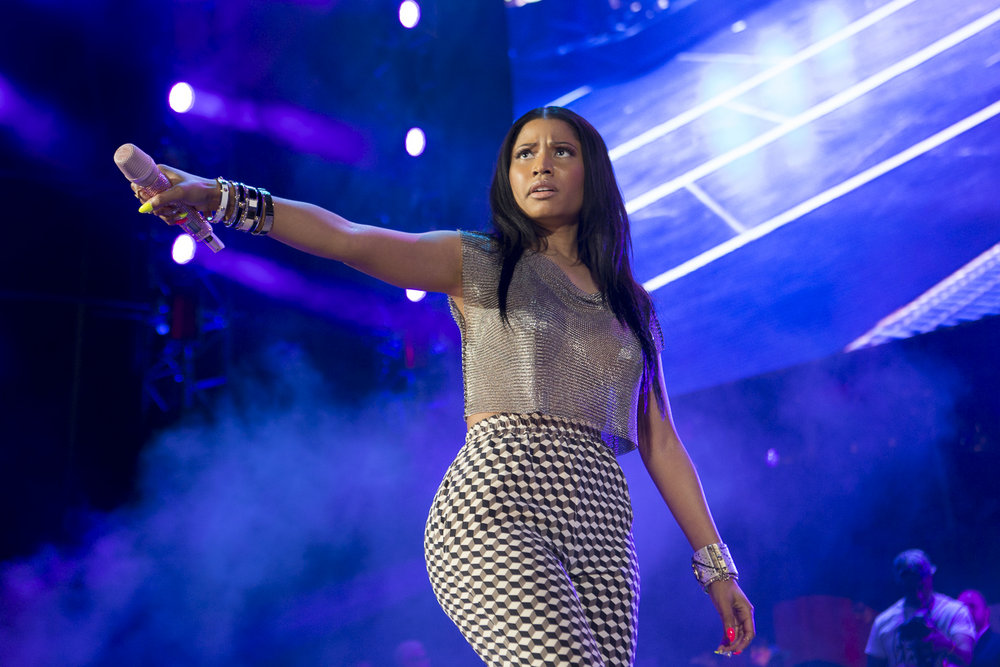 We need to see more black women on our screens, and a broader view of female sexuality as a whole. Cheeky videos are a symptom, not a cause, of our patriarchal pop culture

In the summer when America’s racial wounds are rupturing, and the anger of the disenfranchised boils over from a hashtag into a movement, the possibility of real change dances in front of us. But the pop music world only wants to talk about one thing: black women’s butts.

They’re twerking all over Taylor Swift’s new video, Shake It Off – she even crawls under them, mouth agape, gawking at her own cultural appropriation. They’re also the focus of Nicki Minaj’s Anaconda video – shimmying around her all-female jungle gym before teasing Drake, as he sits back in a chair.

In this sea of wobbling black flesh, a new report on sexism and racism in music published last week by three leading women’s groups gives a directive: “Picture … Jay Z, stripped down to a T-back bikini thong, sex kitten-ing his way through a boulevard of suited and booted women for their pleasure.” You can’t. But that’s the point. Our inability to picture the hip-hop mogul in a thong, the report claims, is proof of a double standard endemic to music video culture, where men are sex beasts while women – especially women of colour – are reduced to blank receptacles of male desire.

Going further, the report cites experimental research where viewers who watch hypersexualised music videos become more tolerant of racist and sexist attitudes; some even are more likely to excuse a rapist’s actions. It goes on to suggest that by reducing women to eye candy, music videos create “a conducive context for violence against women”. The recommended solution: compulsory age ratings, and increased cautiousness when it comes to what music video “choose to portray”.

It all sounds agreeable enough at first. But the report’s implication that videos full of sexily writhing bodies are responsible for both rape culture and racism is fundamentally misguided. The subtext whispers: “Hide your butt cheeks, hide your breasts, because people cannot learn to respect women if they are sexual creatures.”

The real problem, of course, is the assumption that displays of feminine sexuality are indicators of sexual availability. That, and the framework of (white) patriarchal privilege that paves the way for this logical misstep, this mental game of hopscotch where the lines are all drawn wrong.

It seems so painfully old-fashioned to think of women as either Madonna or whore – but that dichotomy has just been reconfigured for 2014 as “wifey” or a “thot.” This troublingly simplistic mindset is why newspaper the Voice picked up on the same report with a headline that said, “How Stars Like Beyoncé Are Damaging Our Girls.” It is why the owner of AllHipHop.com wrote an ostensibly “concerned” open letter to Nicki Minaj, asking “Is this the path you want to lead impressionable kids down?” It is why people blamed my short skirt when a sweaty old man followed me home from school.

Slapping a parental advisory warning on Nicki Minaj’s bum will not change the way black women are exoticised. Banning videos by Robin Thicke, DJ Snake, and Calvin Harris, who use female bodies as trophies hard won of their overpowering masculinity, will not deflect the male gaze. Calling out Miley Cyrus’ career-advancing performance of racial drag, or Lily Allen’s casual racism is important, but what we really need is a broader spectrum of depictions of female sexuality – especially when it comes to women of colour – in mainstream culture.

Yes, we have pop stars such as Rihanna, who in her video for Pour It Up bucks patriarchal privilege by sitting on a throne surrounded by strippers – and exactly zero men. Meanwhile, Minaj is literally butting into Sir Mix-A-Lot’s ode to buttocks with Anaconda, turning the classic song into a conversation, and refusing to let the camera objectify her lap dance by keeping it zoomed out, at a distance.

We also have Lana Del Rey’s manifestation of how tedious it is to be a constantly Instagrammable girlfriend, Grimes refusing to be infantilised despite her petite frame, and FKA Twigs showing how feminine vulnerability can be a source of strength. But we need more.

Because the real problem is not that women of colour are over-sexualised in music videos, but rather how absent they usually are in the dominant culture as well as in discussions of cultural issues. Music videos shouldn’t be the only ways that mainstream society gets a glimpse of “otherness” but all too often, they are. A friend, a black female poet living in New York, recently commented: “Maybe if we were represented in other ways, we wouldn’t care so much about this.” She’s right.