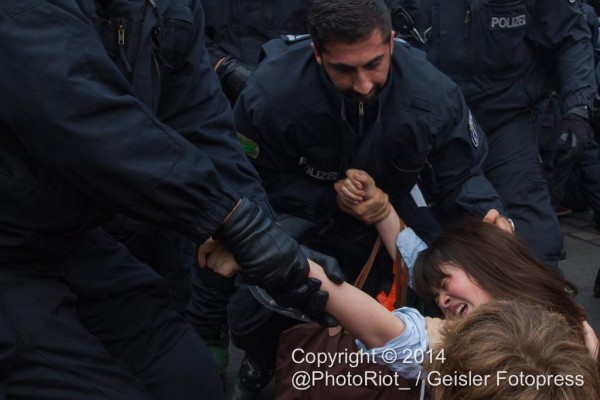 Several thousand conservative christian fundamentalists have marched “for life” (code word for banning abortions and banning LGBT rights) in Berlin. Thousands feminists stood up to them. Cops found an excuse to beat and detain 16 of them, and carefully protected the fundamentalists. They also tried to intimidate the media, and even hit a social media photo-journalist. However, the counter-protestors managed to block the march several times before they were attacked by police. The fundamentalists were wearing crosses and proclaimed themselves as crusaders. Banning abortions and attacking LGBT people is part of the fundamental christian agenda, which seeks to marginalize normal people as “sinners”.

The white talibans’ march in Berlin is in line with policies supported by the German state and by the European Union in Ukraine, where they support neo-nazis, neo-liberals, and various other fascist elements who want to impose “a reconquista” in Europe and Russia, and who want to turn back to “the Europe of nations”, which is what neo-nazis and far righters in Europe want too. This is probably another reason why western media covered up for the nazis in Ukraine. While the German government banned IS for being “a terrorist threat”, which is a cover for supporting racism and the stigmatization of muslims, it allows the christian taliban to march under police protection against the civil liberties of women and LGBT people. It’s also worth mentioning that in Africa the catholic pope has essentially given his implicit blessing for women – especially those resisting capitalist “discipline” and land grabs – be hunted down and burned alive as witches.

pics above via @PhotoRiot_ who was himself attacked by cops

@ katinkerbella: “No God. No state. No patriarchy.” loud protests at the final rally of fundamentalists # nofundis 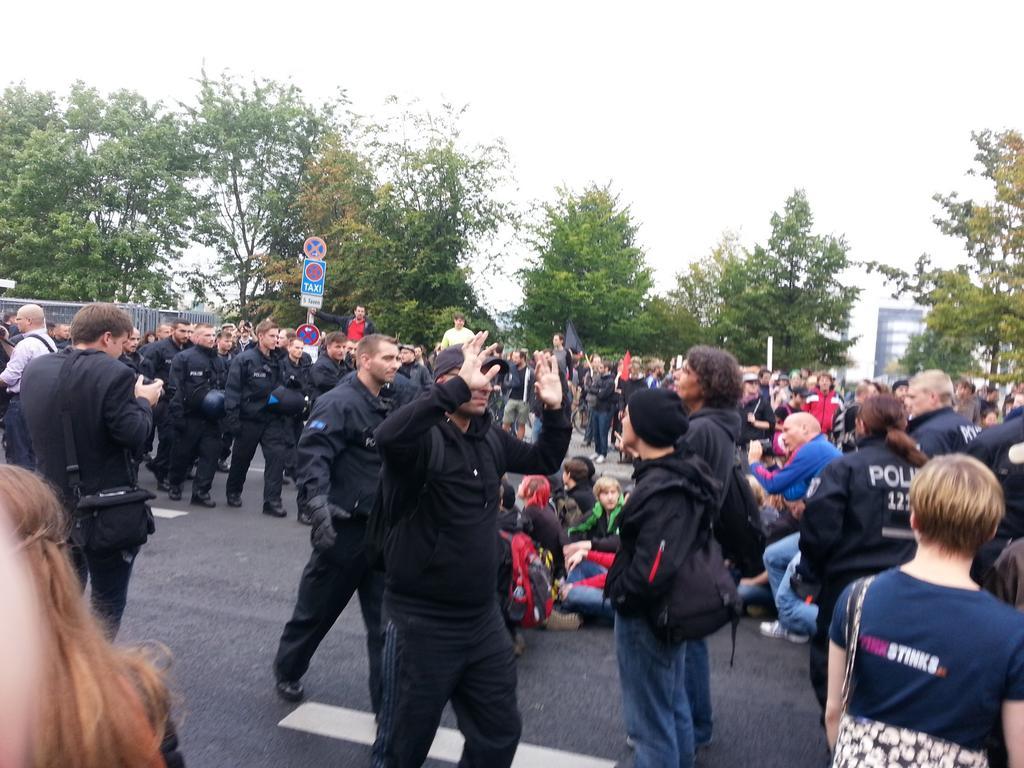 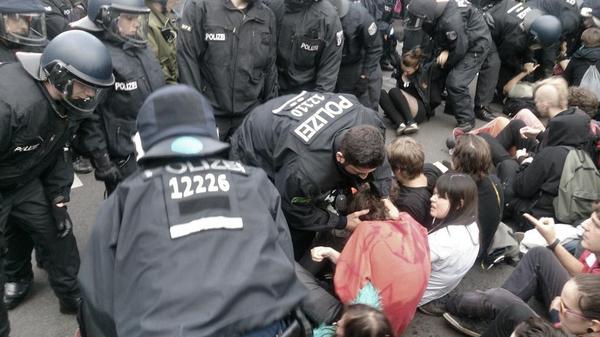 Cops attacking feminists who tried to block the march of christian fundamentalists. 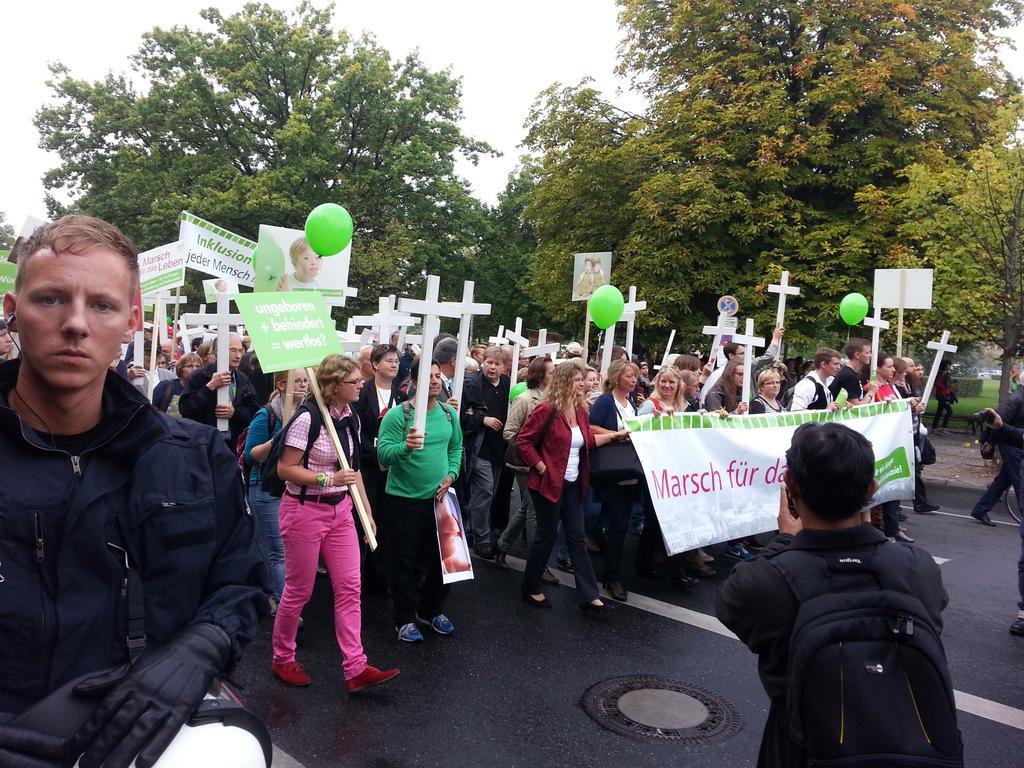 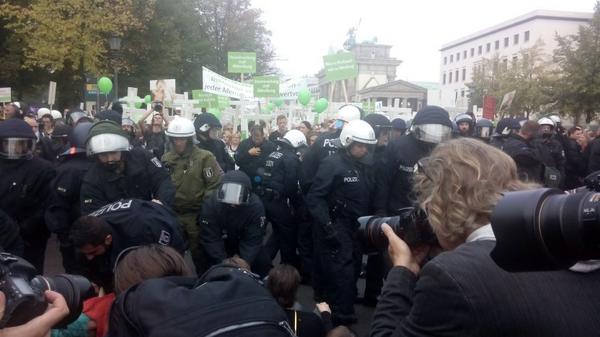 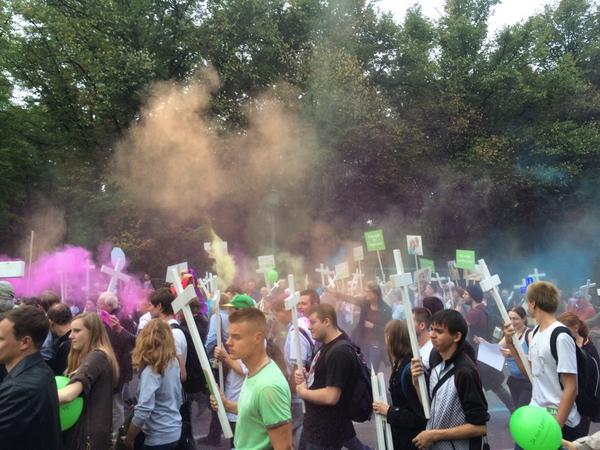 Feminists and counter-protestors tried to stop the fundamentalist christian marching against women. 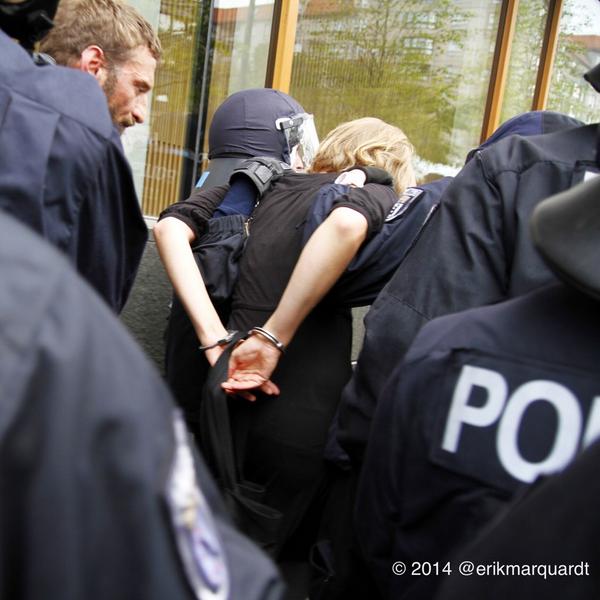 Feminist arrested for defending against conservative crusaders who demand the state confiscate women’s bodies and ban LGBT’s right to exist. 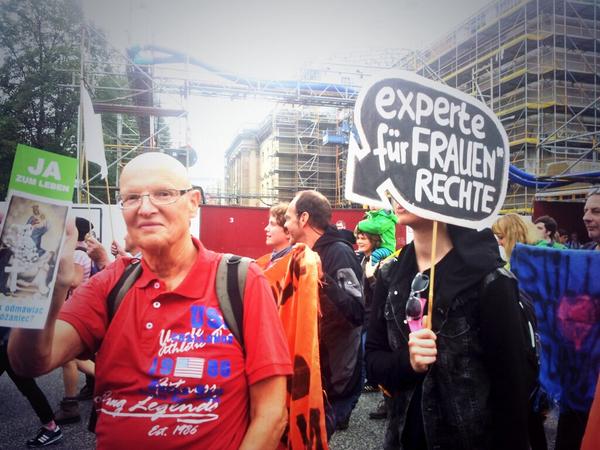 @ analysis criticism  “March for Life”?  # anti-feminism as a program, in collaboration with the New Right # nofundis Read more, here, in German. 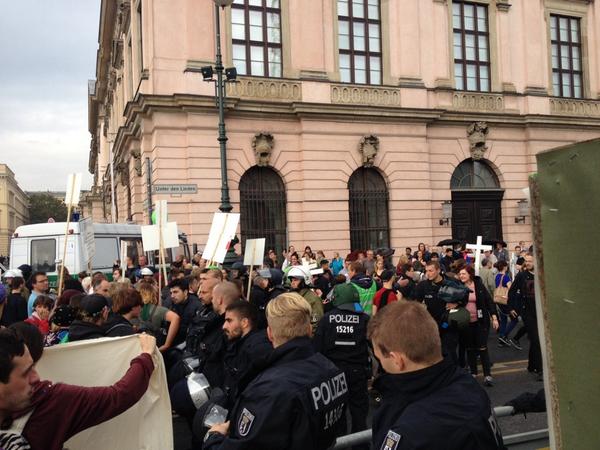 Standoff between christian fundamentalists and feminists. 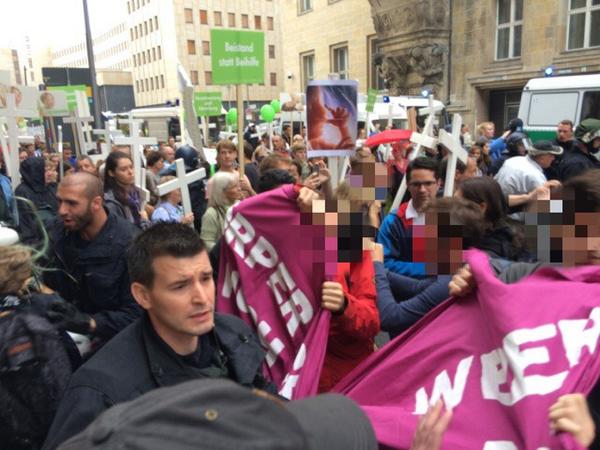 @ vernon_san  : Crosses here, crosses there, and who has the hammer and the nails? # nofundis 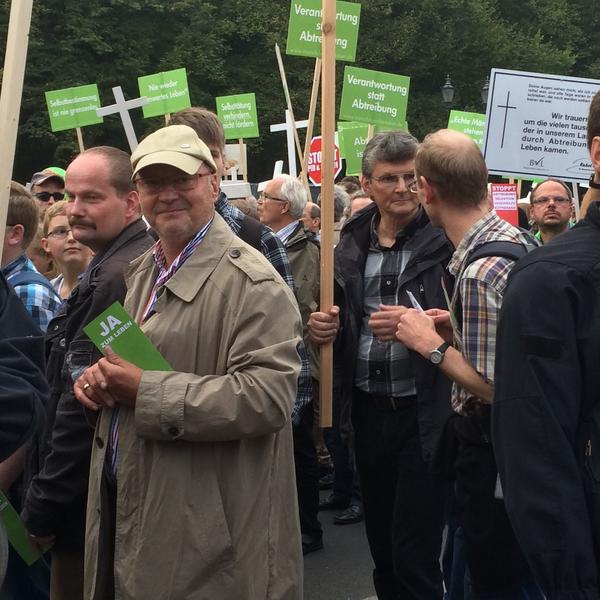 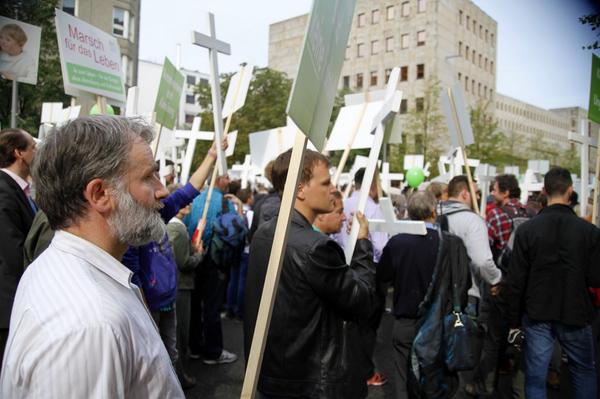 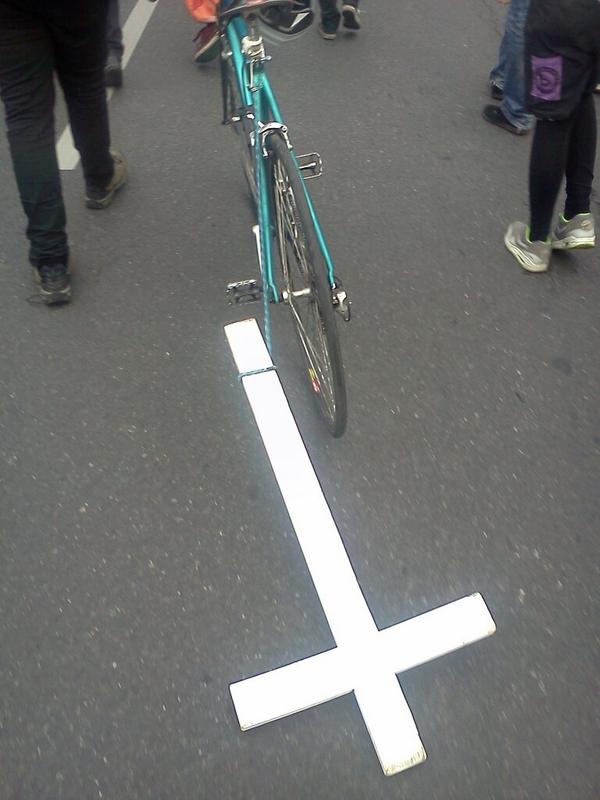 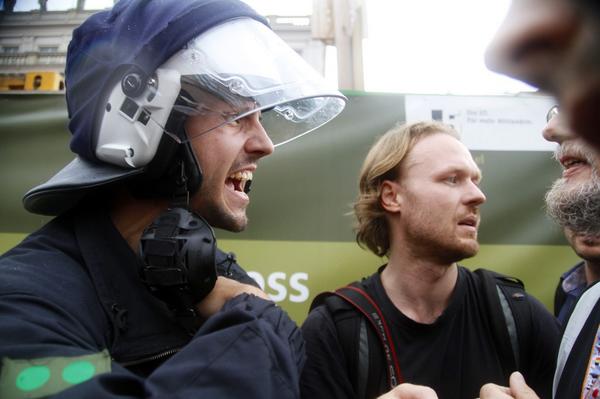 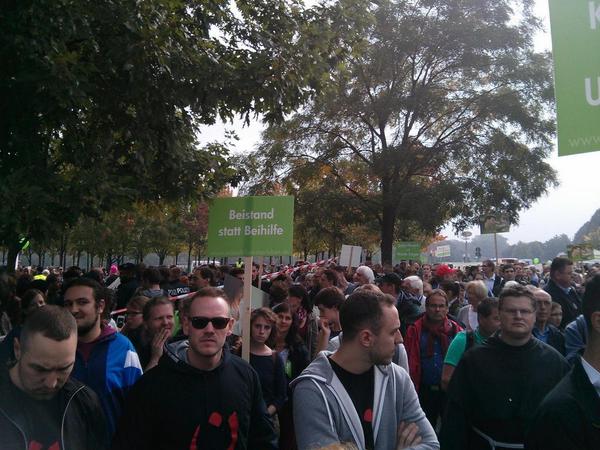 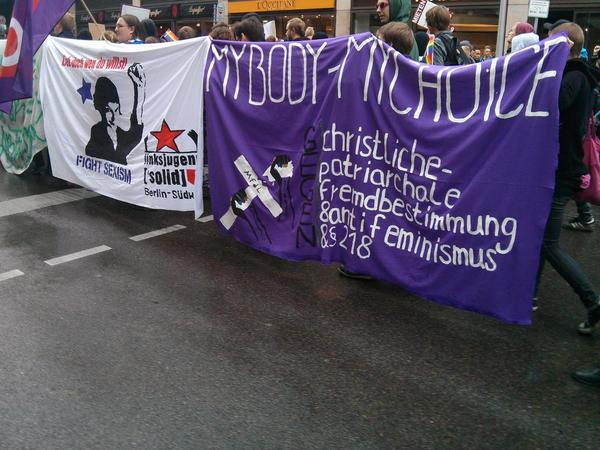 Counter-protestors standing up to fundamentalists. 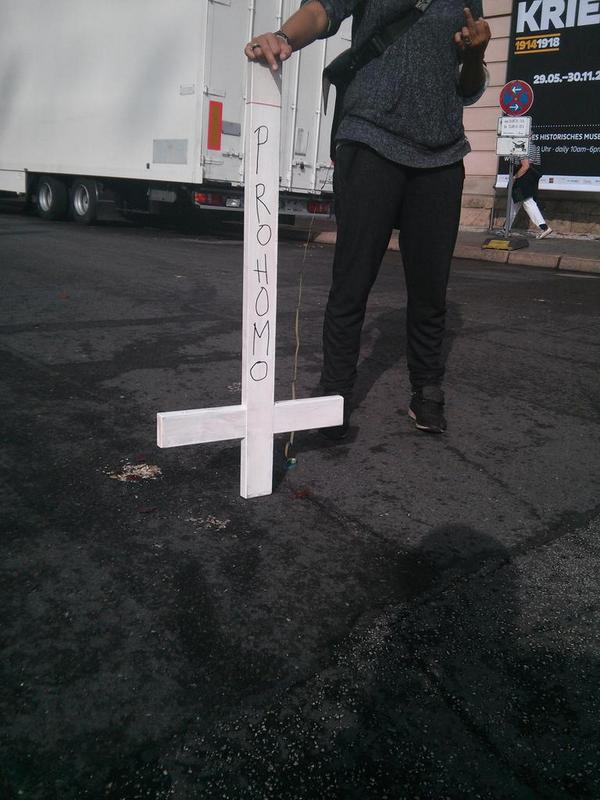 Supporter of LGBT defending the rights of the sexual minorities against christian fundamentalists. 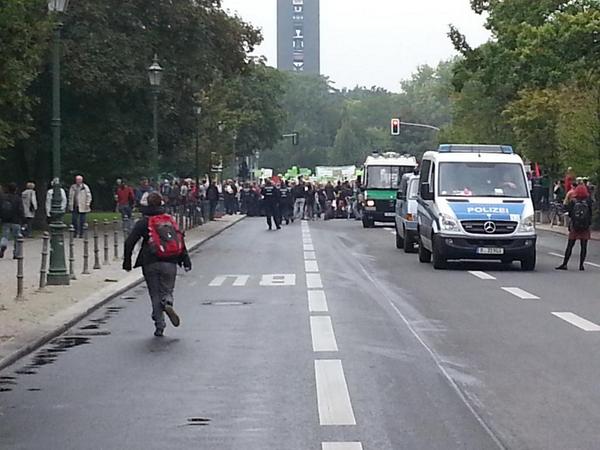 Blockade by counter-protestors attacked by cops. 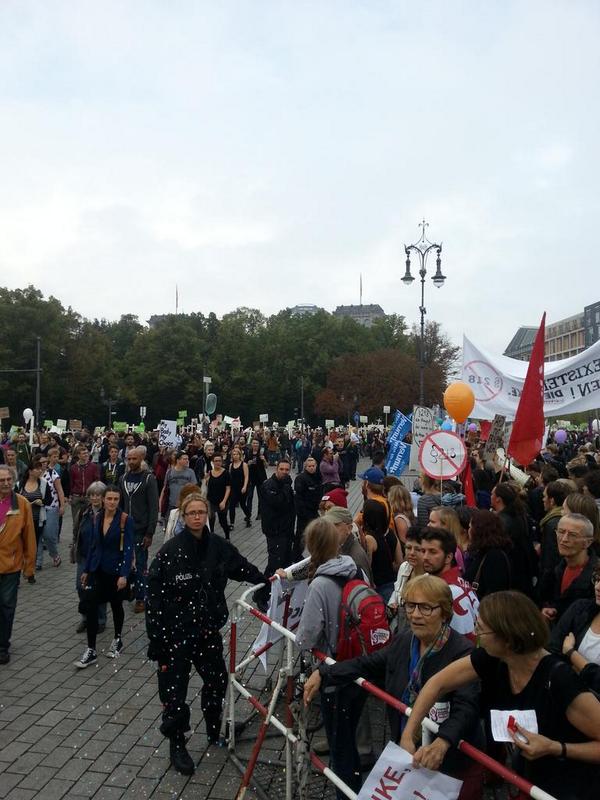 Anti-fundamentalist protestors were kept isolated by police so that the conservative crusaders can march against women through Berlin. 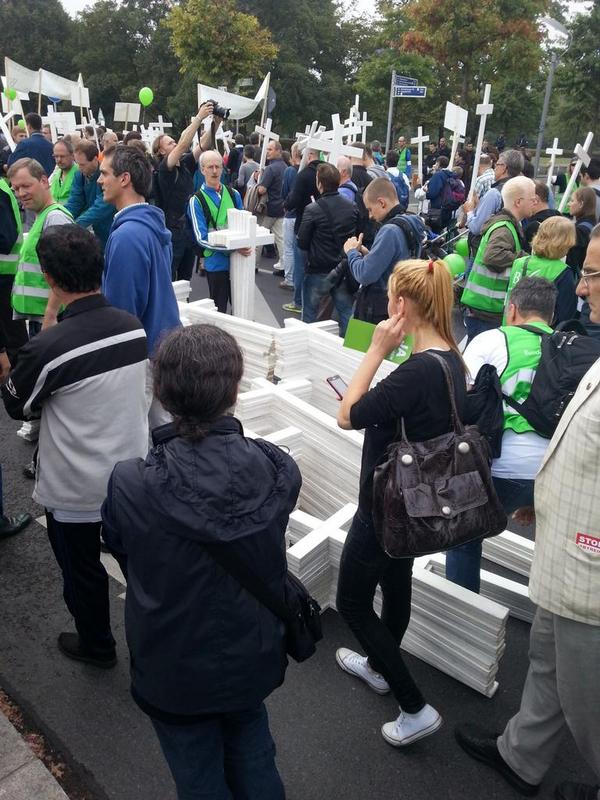 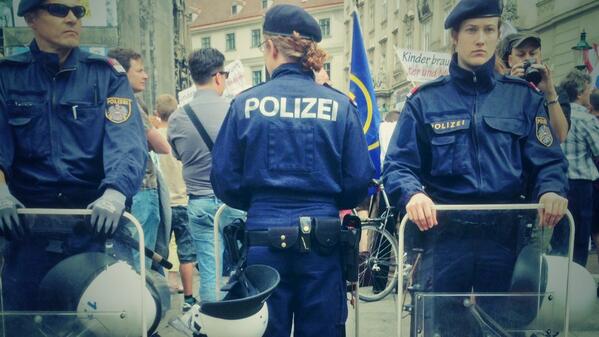 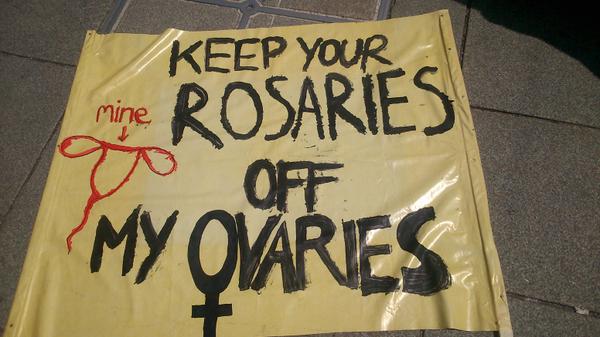 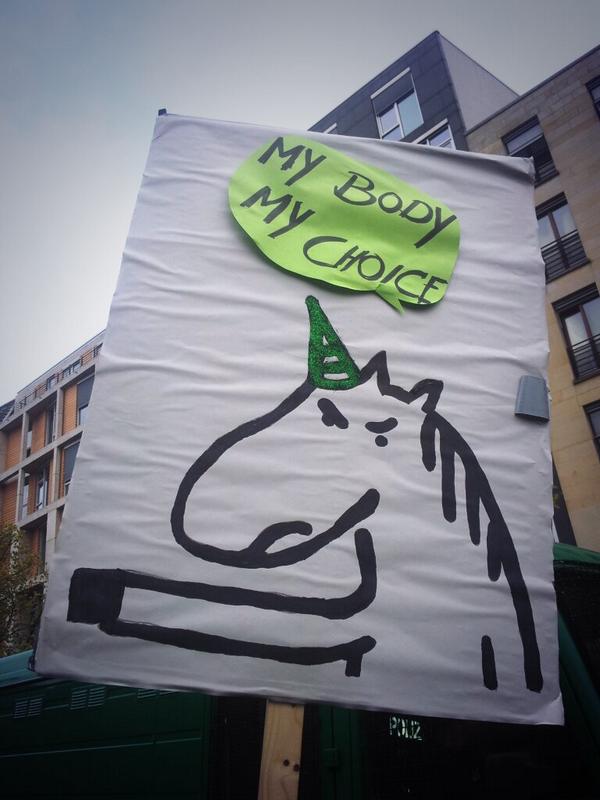 Counter-protestor telling conservative crusaders that women’s bodies are none of their concern. 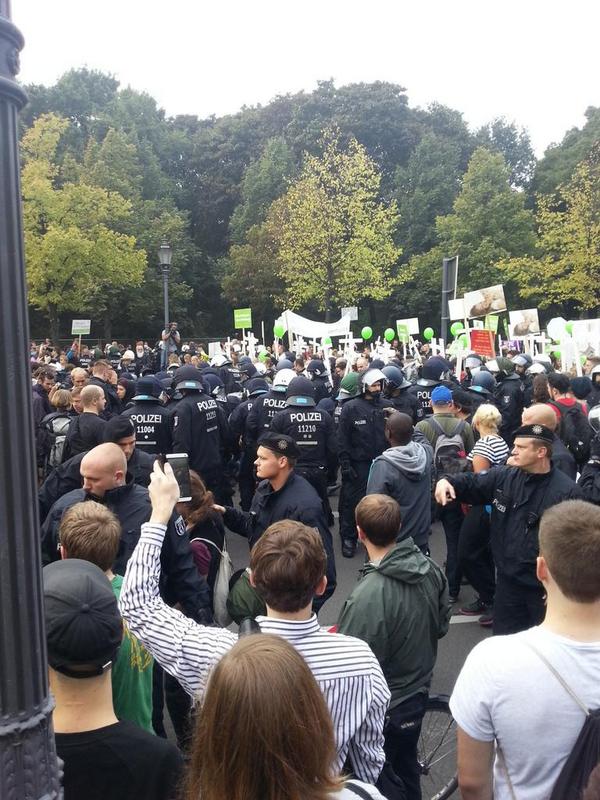 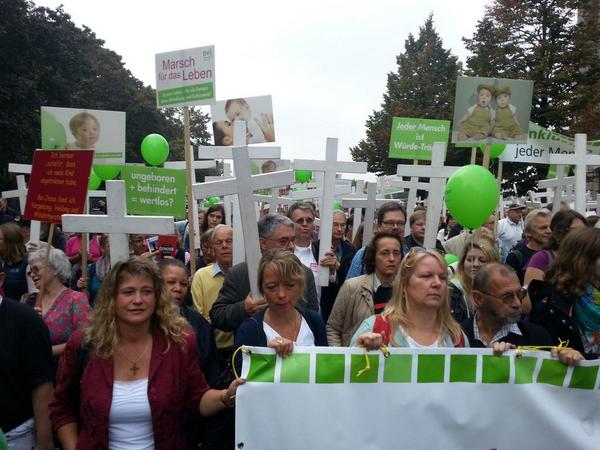 Christian fundamentalist crusading through Berlin, protected by police, against women. 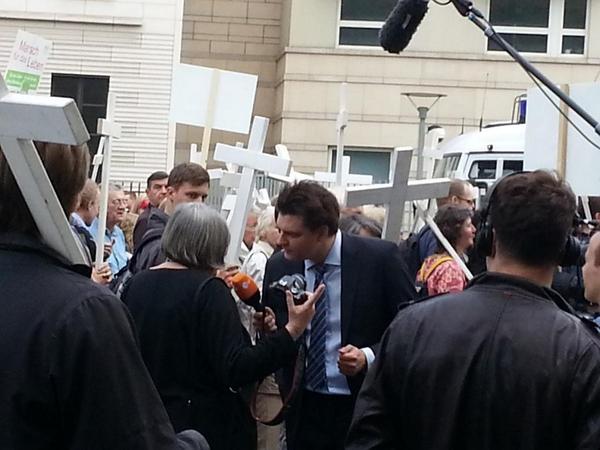 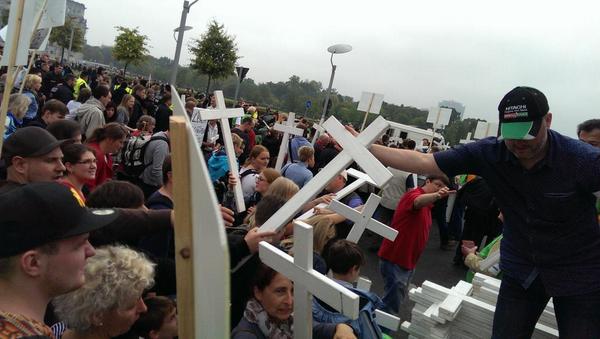 Crusaders against women getting their weapons. 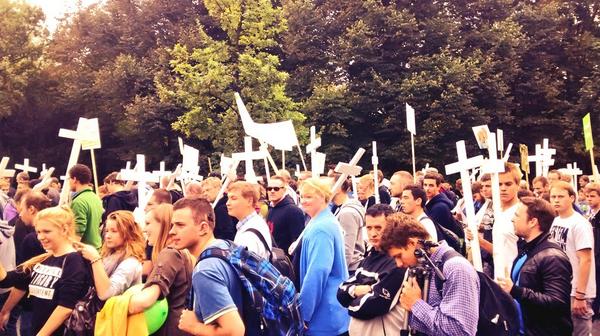