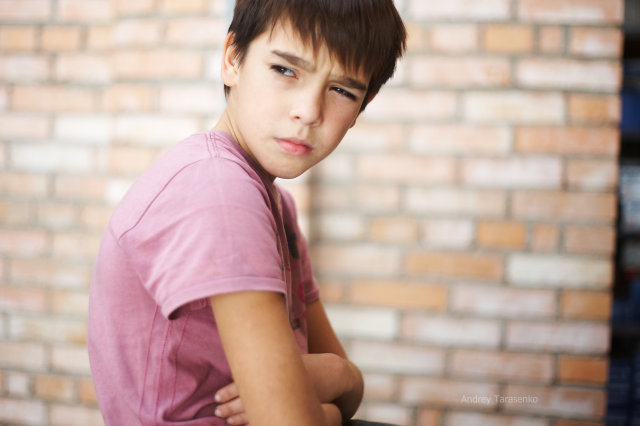 Is there really such a thing as a ‘girl’ colour?

Recently I made the brave decision to take my 10-year-old son shopping for clothes. All parents know how painful shopping with kids can be, especially pre-teens who, quite frankly, are a species unto themselves.

As we perused rail upon rail (upon rail) of boys’ clothes, it struck me that even the biggest child’s size wouldn’t fit him. At 5ft 7″, with size eight feet, I had to resort to buying him man-sized clothes, with a man-sized price tag.

We headed over to the men’s section and my son showed as much interest in the clothes I held up as he does in his homework. Until, that is, I held up a bright pink polo shirt.

If I’m honest, I presumed that he would hate it. After all, he’s approaching that awkward age where everything is horrible, including me, so I thought I would get an eye roll at best, tutting and storming off at worst.

Instead, it was the only item of clothing that he was remotely positive about.

I wanted to be careful not to show him that I personally had any bias towards any type of clothing – I find the more I like something, the more he hates it.

However, I casually asked him why he liked the (pink) top. He replied he just did. He thought that everyone should be able to wear whatever colour they liked and he just happened to like the colour pink.

I said no more on the subject, but was secretly pleased that he didn’t pay any heed to what he ‘should’ or ‘shouldn’t’ wear. He, however, gave it considerably more thought and went on to explain that all of his football friends said they would never wear anything that even had the slightest hint of pink because it was a ‘girl colour’.

Two things struck me. Firstly, I seem to have raised an independent young man who, as annoyingly feisty as he can be on occasion, knows his own mind and won’t be easily swayed by his peers. At least not yet.

Secondly, how is it that in this day and age kids are still bothered by the whole ‘girls should wear pink’ and ‘boys should wear blue’ tradition?

I have two sons, my eldest is 19 now, and when I think back to all the times during that period that I have bought clothes for them, I can only remember being disappointed that the clothes on offer were so boring, invariably in neutral tones or a variation on the colour blue.

So I have always felt that my arm is forcibly twisted somewhat and my choices ever-so limited. That hasn’t changed in the nearly 20 years that I have been a parent.

When I asked my friends whether their children had a loathing towards any particular colour when it came to clothes, the overwhelming opinion was that up to the age of approximately 10 years old, no they didn’t – they liked every colour. Once they hit 10 however, and peer pressure became prevalent, then yes, the boys particularly, started to dislike anything deemed particularly feminine.

But why is that? Why do manufacturers still make toys gender specific or stick to this pink/blue girl/boy divide?

According to my research, the shift toward pink and blue actually happened gradually. For centuries, children had all worn practical white dresses, which could easily be pulled up to change nappies and then bleached afterwards.

Pastel baby clothes were introduced in the mid-19th century, but weren’t gender-specific at first. It seems popular culture decided that these two colours would be the norm and it still hasn’t moved on.

I do believe it’s important for parents to challenge gender stereotypes, but unless the rest of the world joins in, children are going to be faced with their peers and the media telling them what they should be wearing or what toys they should be playing with.

I think, like with most things when it comes to our children, we should just remain open-minded and perhaps take cues from what our children gravitate towards.

That is in no way saying it’s ‘wrong’ for a girl to like pink and sparkles or a boy to like blue and play with trucks, but wouldn’t it be nice if all children didn’t even realise there was such a thing as gender stereotyping? From the colours they like, to the toys they play with as children to the jobs they do as adults.

In the meantime, my son wears his bright pink T shirt with pride – and long may that attitude continue.