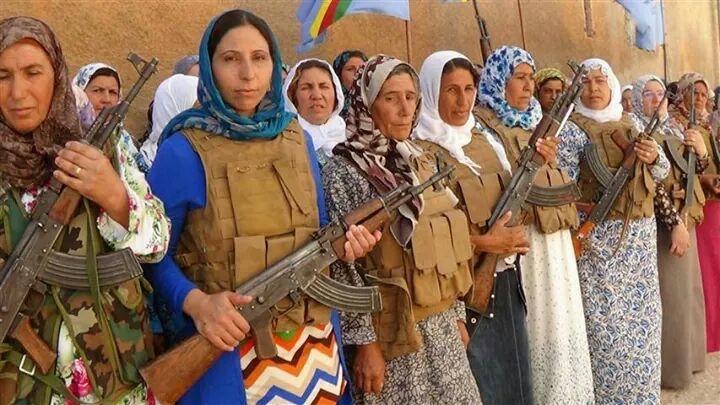 Urgent information and appeal from World March of Women, Turkey

Syrian Kurds have been resisting the siege of Kobane by ISIS thugs for a month. As ISIS thugs advancing to the city civilians were evacuated last night. Still thousands of people are stuck inside, especially elders refusing to leave homeland.

Kobane’s importance for Kurds does not only come from its deep commitment to the liberation struggle but also being a Kurdish cantone exercising self-determination and democratic autonomy. Not only for Kurds but also for feminists and for humanity in general it has examples of gender equality such as sharing leadership at every level of democratic life.

Democratic Union Party (PYD) claims that US led coalition is just watching as their jets are flying over the terrorist tanks around Kobane without taking any action. It is also reported that coalition forces have been shelling villages and water tanks far from the targets. It suggest that ISIS and NATO allies are part of the same coalition, a coalition against peoples and women. ISIS is one of the instruments used in this nonconventional warfare by imperialist powers to oblige peoples of the World to accept realignment by global powers whose common goal is to control resources, territories and female bodies.

Simultaneously with Kurdish leaders call to resist to the end, a female suicide bomber, Arin Mirkan, killed dozens of ISIS militants in Kobane. Guerilla commanders vow each fighter will be Arin not to surrender Kobane and ISIS will be defeated in Kurdistan.

It is crucially important to exert pressure internationally to the UN, European Union and European Commision.

Hundreds of thousands of people, majority of them are women and children, are being forced to displacement. Donations are encouraged to support urgent needs and medical treatment of war victims.

Please send your donations to:

Either support Kobane now or never.

Kobane cannot be alone in this struggle. ISIS will be Defeated, Peoples will Win.