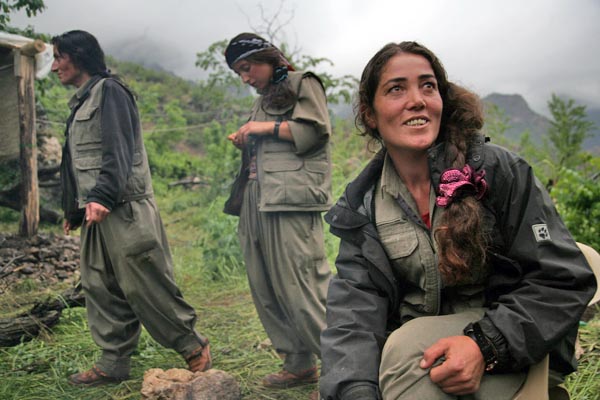 We, 60 women from 18 European countries gathered in the European Coordination Meeting of the World March of Women in Donostia, Basque Country, salute the resistance of Kurdish women in Kobane (Rojava) – in the border of Turkey and Syrian state, where Kurds, Assyrians, Armenians, Yezidis, Arabs, and Chechens from different religious coexist in peace and develop out alternatives of sharing leadership at every level of democratic life. These alternative models to the capitalist, colonial and patriarchal system are being defended by the brave resistance carried out today by YPG (People’s Protection Unity) and YPJ (women’s unity).

We condemn the violation of women’s and human fundamental rights as well as all kinds of fundamentalism, whether it is religious, ethnic or political. We denounce the increasing alliances between ultra-conservative sectors, including religious fundamentalists, as a strategy to strengthen capitalist and patriarchal model as “solution” to the crisis.

We continue our fight in conflict areas to end rape and slavery as war instruments. We will continue to build another world where all forms of exclusion, domination and exploitation are excluded: of one person over another, one group over another, a minority over a majority, one nation over another.

In the light of recent offensive against alternatives and against women’s rights, we decided to launch our World March of Women 4th International Action in Kurdistan on 8th March 2015, in order to reinforce and support Kurdish women in their struggle for autonomy and self-determination over their bodies and territories. We call women from Europe and all over the world to support and participate in the European Feminist Caravan in order to reinforce and make visible women’s resistances and alternatives.

We will continue on the march until all women are free!