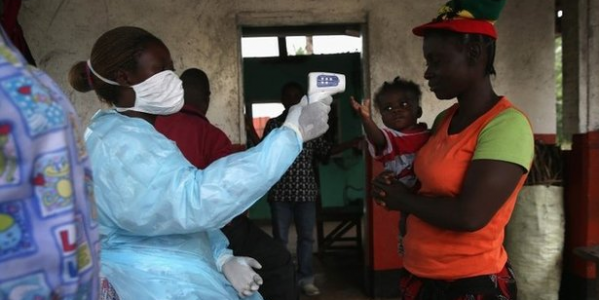 Across Liberia, Guinea, and Sierra Leone women continue to be infected and killed by Ebola at devastatingly high rates. The reasons behind this are largely recognised; gender roles, understandings and practices lay at the heart. Surprisingly, these are not so detached from those we face in the ‘West’.

Although gender dynamics continue to position women and girls asthe victims of the current epidemic,the reality is responses to the outbreak are failing to respond appropriately. Unsurprisingly, this not only highlights the disregard of gender equality in the public health response to Ebola. It also provides insight into how institutions – unresponsive to gender -perpetuates the cycle of gender inequity with impunity.

Ebola does not selectively prey on women; it spreads through direct contact with infected bodily fluids and bodily secretions. However, it does prey on those most vulnerable to its exposure and transmission paths. So the question must be asked: why are women, and not men, increasingly at the mercy of the Ebola outbreak?

Simply put, gender roles, responsibilities and practices place women and girls directly at the centre of Ebola’s heart-rending path. There are three main reasons and unfortunately, these are not too distant from those expected of women in Australia. Health care work is greatly feminised; women dominate most health care vocations. More often than not, it is women who are on the front line, preventing and controlling Ebola. Female health workers are also more likely to be in “lower status” professions within health care settings (including nurses, midwives and community health workers). As such, they are often less well resourced, trained and renumerated, less empowered to introduce protective measures if they suspect Ebola infection, and less involved in development and implementation of safety and compliance protocols. Furthermore, while upholding their formal labour intensive work and hours they are expected to uphold their child-care, domestic and caring responsibilities. Women and young girls responsible for informal caring roles, household obligations and domestic chores- such as childcare, cleaning, laundry, cooking (sound familiar?). In times of Ebola outbreaks, caring for sick family membersand cleaning and sanitising the house placing women and girls at greater risk of direct contact with infected bodily fluids and secretions. Often, women continue to care for the sick, uphold their domestic responsibilities while they are themselves ill. During the outbreak in 2003, women’s social responsibilities as ‘the carer’ were deliberately exploited in order to protect males from becoming sick. Women and young girls face greater barriers in seeking and accessing healthcare facilities and resources. Such barriers include: less willingness to spend money on women’s and girl’s health, education and resources, having to wait for a superior (usually male) authority to permit or finance their healthcare, and an overall lower economic and social status that leaves women and girls physically and financially weaker during times of infectious disease outbreaks. This greatly impacts their ability to access and utilisation health care and consequently, delays or inhibits timely diagnosis, treatment and surveillance; all factors that increase the risk of infection, transmission and the course and outcome of Ebola.

Recognizing this, gender-sensitive measures must be strategically incorporated into all levels of current response strategies and decisions. They must actively account for, circumvent and prevent harmful exposure and transmission patterns and behaviours, ensuing gender. This would facilitate more sophisticated, equitable and evidence-driven programs.

All too often, gender continues as a side note and women and girls continue to be ignorantly placed in the most vulnerable positions. In Australia the lack of women in parliament continues to disregard the importance of women’s voices while female health workers continue to be under-represented, undervalued and overworked.

In West Africa, responses ignorant to gender are also perpetuating these inequalities but on a much grander scale; women and girls continue to be disproportionately killed by Ebola merely as a result of being born a female.