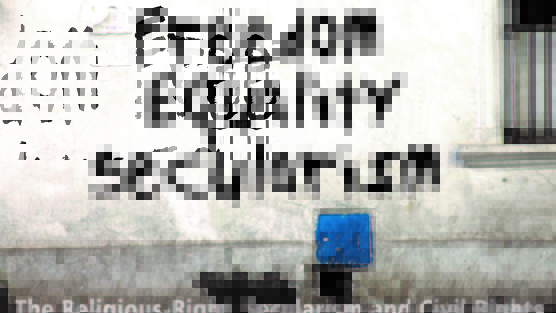 YOU CAN ADD YOUR NAME TO THE MANIFESTO HERE and HERE

Our era is marked by the rise of the religious-Right – not because of a “religious revival” but rather due to the rise of far-Right political movements and states using religion for political supremacy. This rise is a direct consequence of neo-conservatism and neo-liberalism and the social policies of communalism and cultural relativism. Universalism, secularism and citizenship rights have been abandoned and segregation of societies and “communities” based on ethnicity, religion and culture have become the norm.

The Islamic State (formerly ISIS), the Saudi regime, Hindutva (Rashtriya Swayamsevak Sangh) in India, the Christian-Right in the US and Europe, Bodu Bala Sena in Sri Lanka, Haredim in Israel, AQMI and MUJAO in Mali, Boko Haram in Nigeria, the Taliban in Afghanistan and Pakistan to the Islamic Republic of Iran and the Islamic Salvation Front in Algeria are examples of this.

For many decades now, people in the Middle East, North Africa, South Asia and the Diaspora have been the first victims but also on the frontlines of resistance against the religious-Right (whether religious states, organisations and movements) and in defence of secularism and universal rights, often at great risk to their lives.

We call on people everywhere to stand with us to establish an international front against the religious-Right and for secularism. We demand: