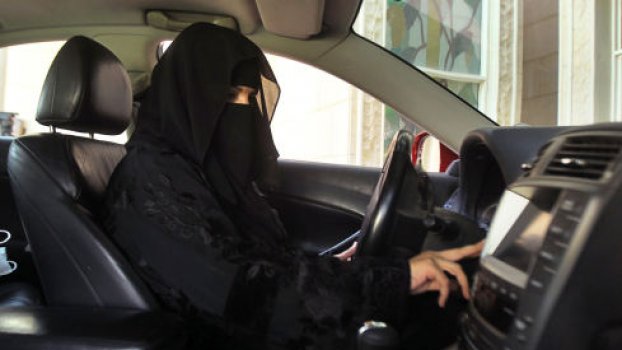 Saudi Arabia has moved a step closer to lifting its ban on female drivers – but women would still be banned from wearing make-up behind the wheel.

The Saudi king’s advisory council has recommended that the government drop the restriction, a member of the council told The Associated Press.

The decision was taken in a secret, closed session in the last month and has not been made public yet.

Under the recommendation, only women over 30 would be allowed to drive during set hours and they would need permission from a male relative – usually a husband or father, but lacking those, a brother or son.

The rule would require that women wear conservative dress and no make-up at the wheel.

They would be allowed to drive without a male relative in the car within cities, but further afield a male would have to be present.

Stiff penalties would be in place for drivers who do not comply with strict restrictions on interactions between female drivers and male traffic officers or motorists, the council said.

It said speaking to a female driver would be punishable by a one-month prison sentence and a fine.

A “female traffic department” would have to be created to deal with female drivers if their cars broke down and to issue fines, while female traffic officers would be kept under supervision by the “religious agencies”.

Although the Shura Council’s recommendations are not obligatory on the government, the move will be seen as a major step forward after years of the kingdom staunchly rejecting calls for a review of the ban.

The latest campaign to overturn the ban came in October, when dozens of women got behind the wheel and posted clips of themselves driving to social networking sites.

Saudi authorities warned those violating the rules would be dealt with firmly, although there is no written law banning women drivers, only religious edicts.

The ban is part of the general restrictions imposed on women based on the strict interpretation of Islamic Sharia law known as Wahhabism.

Guardianship laws require women to get permission from a male relative to travel, get married, go to university or undergo certain surgical procedures.