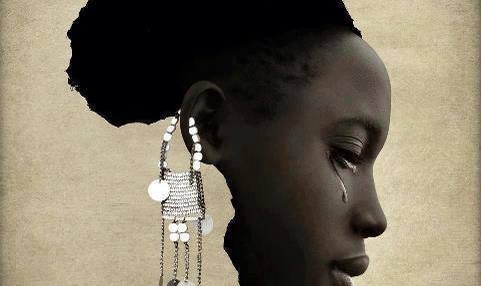 Who has not heard about the inhumane treatment suffered by women in conflict areas in the Democratic Republic of Congo, where women are considered as fodder forenslavement and rape is used as a weapon of war?

From time to time, personalities, experts and observers condemn this violence against thewomen of the DRC but few practical or effective follow-up measures are brought to fruition.  The solutions proposed over the last fifteen years, instead of alleviating the plight of these women, were found to be ‘feel-good’ solutions which have served only to increase and even normalise this barbarity.

Yet I know, having served as a lawyer at the International Criminal Tribunal for Rwanda (ICTR) for seven years, the rigor with which the judges have punished these crimes of rape used as a weapon of war committed during the genocide in Rwanda and former Yugoslavia.  This justice, impotent as it is to repair scars and trauma and whatever its shortcomings and anomalies had, however, the merit of punishing those whose involvement was proven beyond reasonable doubt, in the Rwandan and Bosnian genocides.

Ironically, when it comes to the Democratic Republic of Congo, peaceful and civic events have been held around the world in an attempt to stigmatise impunity.  Who does not remember the World March of Women in Bukavu in 2010;  the 14-day Paris-Brussels march by the brave daughters and valiant sons of Congo in July 2011;  the European tour undertaken by young Congolese;  the Paris hunger strike in December 2012 and the infuriated citizens who even marched, undressed, to attract international attention to the daily crucifixion that these women endure?  Alas, it has all been to little avail.  The rapists continue their reign of terror with impunity.

What about the trojan work done at the risk of their lives, by Dr. Mukwege, human rights activists, civil society representatives?  All have done and continue to do, everything in their power to stop the rapes, alleviate the victims’ suffering and end the impunity but all with little success.

With the support of 52 women leaders, I have decided to take action.  In this, I enlistyour help.  I am sure, we are millions around the world who share the indignation of our 52 Sponsors who are leaders in academia, the judiciary, politics, the law and the feminist movement and who have spent most of their lives defending the rights, honour and dignity ofwomen throughout the world.  Many other distinguished ladies and gentlemen, whose names are not on the list of 52, are no less involved and openly support our worthy cause.

This petition is our determined way to say and Solemnly Declare, once and for all that :

“A woman’s body should never again be used as a weapon of war, neither in the Congo, nor anywhere else in the world.   It must never, ever, again be used to enslave and terrorise an entire population”.

We believe that this is one of the most effective ways to deliver these long-suffering women from their tormentors and to effectively put an end to impunity for those who have used and continue to use rape as a weapon of war.  Not to do so, would amount to discrimination against Congolese women, a miscarriage of international justice, aiding and abetting ‘femicide’ or ‘gynocide’

In fact, after the publication of the UN ‘Mapping Report on the DRC’ and the multitude of reports since then on the condition of women in the country, no one is entitled to claim to have ‘seen nothing, known nothing, nor heard anything’.

Whatever their shortcomings, the International Criminal Tribunals for Rwanda and the former Yugoslavia, have played a pioneering role.  As Moderator and later, as Chairman of the Bar Association of the defence counsels of the International Criminal Tribunal for Rwanda from 2001 to 2006, (ADAD) I know what the shortcomings of such a court were, having myself criticised and opposed them.  But I also know that, above all, the courts have, as part of their mission and prosecution, contributed to eradicate rape as a weapon of war in Rwanda and Bosnia since 1994.  In so doing, they have also contributed to the return of peace.  For, as we all know, there can be no peace without justice.

The case-law and jurisprudence of this international criminal justice should benefit all women around the world and especially in the DRC, which has become the scene of such slaughter, rape and mayhem by and between the warring factions of the African Great Lakes Region.

We ask for God’s sake, that you will carefully consider and then support this Appeal by adding your signature and obtaining that of your friends and contacts.

On behalf of all of the women, girls, children and families of the DRC victims, and their Women Sponsors, I thank you.

To read and see the “Declaration of the 52 Women Sponsors”  of this Appeal, please click