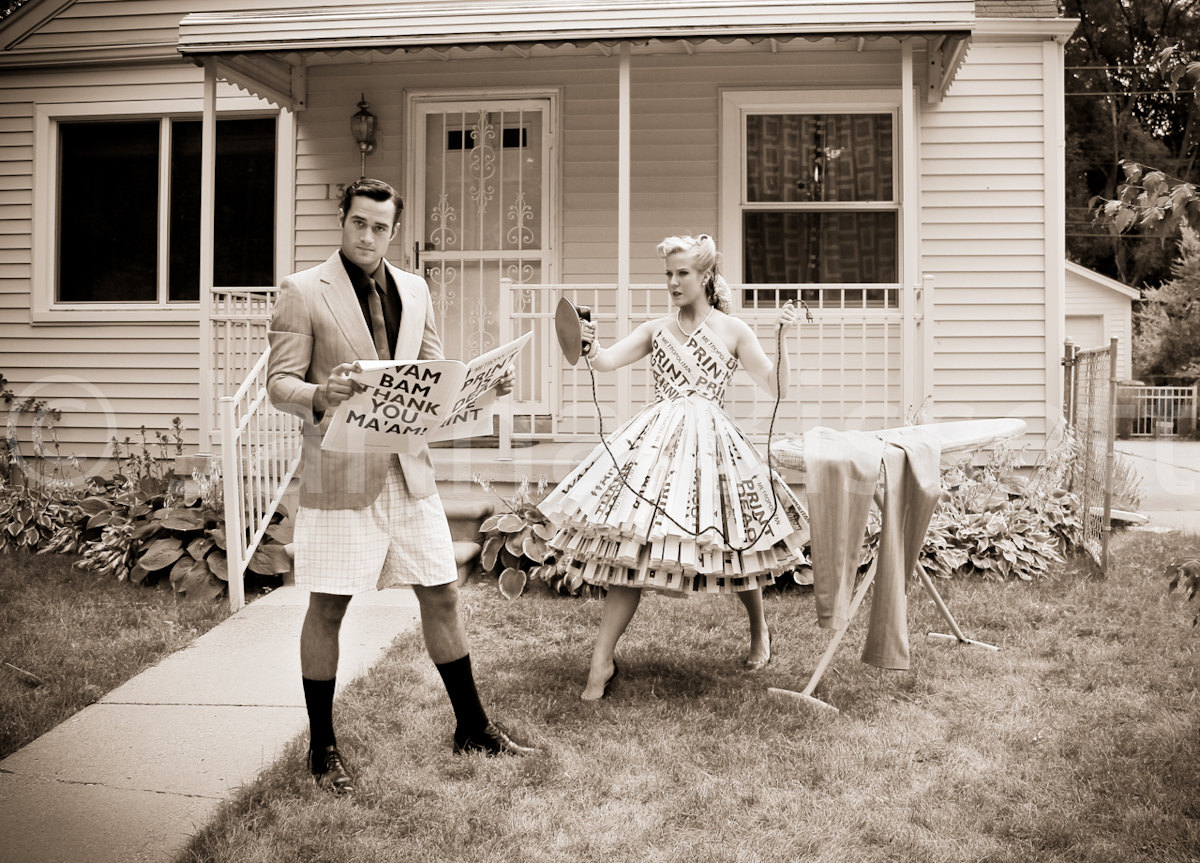 The role of the wife might be seen as having undergone radical revision in the last thirty years or so, moving her from housekeeper and childbearer to wage-earner and intellectual peer. The prescribed and conventional role of the husband in the 2000s, however, is strikingly similar to the role of the husband as defined in a marriage manual dated 1891:”the Husband must at all times guard against losing his Rights as Protector, Provider, and Mouthpiece for Providence in his Home.”

Even if the modern man does not consider himself the mouthpiece of providence, he probably still aligns himself with what he will call logic, objectivity or reason, as opposed to what he regards as the more feminine traits of personal insight, subjectivity and sensitivity. In his book, Rediscovering Masculinity – Reason, Language and Sexuality, Victor J. Seidler examines the alignment of masculinity with logic and femininity with inconsistency from seventeenth-century philosophy onwards.

To put it another way, men see themselves as speaking The Truth whereas women are relegated to speaking from a purely personal and subjective position. “This is a terrible movie,” a man might announce. “Oh, but I’m enjoying it,” a woman will counter, “I think it’s funny.” “Well, it isn’t,” he’ll answer, defending himself by declaring that “It is sentimental and melodramatic.”

Of course, the man is also only speaking as himself–we can all only speak for ourselves, in the end–but he seems to have a chorus of voices behind him. These voices reassure him that he brings to bear on the issue the best that is thought and felt in the world, and it justifies his inflexibility as integrity. Seidler explains that “The personal was derogated as the ‘subjective,’ and so lacking morality. Desires and feelings were experienced as threats to the self-control people had to sustain as moral beings.”

In contrast, “women’s talk” has been assessed as simply not up to par, not serious enough to interest men. As Virginia Woolf observes, it has always been “obvious that the values of women differ very often from the values which have been made by the other sex; naturally, this is so. Yet it is the masculine values that prevail. Speaking crudely, football and sport are ‘important’; the worship of fashion, the buying of clothes ‘trivial.'” It is a rare woman who has not heard, at some point in her life, that what concerns her is not really important.

“Girl talk” is synonymous with triviality in the minds of many men and women. Our culture aligns the feminine with frivolity and a lack of substance, and the masculine with gravity. And gravity, as we know, is a law we can’t escape.

Girls used to be told that a good education was not important because they would only “go off and get married anyway,” as if a woman had to choose between having ideas and having a husband. Women’s books, plays, and works of art were denied critical attention because they dealt with “unimportant” issues such as birth, death, marriage, sex, and friendship as opposed to “important” issues such as hunting, travel, finance, or sports. Woolf emphasizes this point when she writes that “these values are inevitably transferred from life to fiction. This is an important book, the critic assumes, because it deals with war. This is an insignificant book because it deals with the feelings of women in a drawing-room. A scene in a battlefield is more important than a scene in a shop–everywhere and much more subtly the difference of value persists.”

The belief that women’s interests and women’s language are somehow “soft,” somehow “too personal” or “too trivial” to be of any significance has gone a long way in institutionalizing the assumption that women were not to be trusted with authority and power. One side-effect is also worthy of attention: the belief that men are inevitably interested only in the public, the profound and the impersonal has gone a long way in preventing men from accepting their own illogical, emotional, and subjective responses. In response, men often translated the personal into the public, so that it became a matter of transforming “I feel warm” to “It is hot in here.” This is one way that men’s authority within marriage becomes codified.