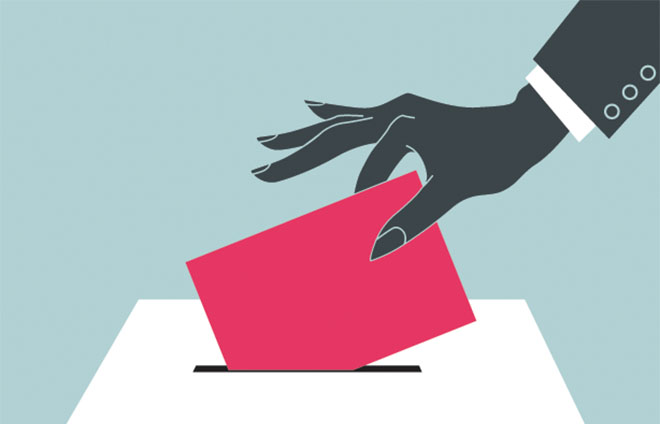 We are not a party in order to support any of the parties in the coming elections, nevertheless we are active citizens and very interested in everything said and done. We, the members of the editorial committee of the Mov and the Mov as an electronic feminist newspaper, simply wonder.

Because we are very interested in many issues that unfortunately are not discussed, are hidden and unwanted in the pre-election debates in the channels and the radios and in the media generally. The broader interests of everyday people have in fact been overshadowed by a discourse whose priorities do not correspond to everything concerning their lives and which will be influenced by the outcome of these elections.

The question of the economy is undoubtedly major, decisive for all citizens, since it forms the basis of the economic and social wellbeing in contemporaty capitalist society, given that production of goods and services and distribution of the product of work, are at the basis of social life.

But what means the production of goods and services and in what way is this calculated as an economic size?

Politicians and parties never talk about the unpaid work of the women at home, in the broader family, the family business, the farm.

As an example, the nurse in Evangelismos hospital looks after the patients and gets paid for this job, even though her remuneration is lower in general than this of her male colleagues by about 25%. But the daughter of mr. John, who is in the same hospital, next to his bed, offering almost the same work as the nurse, receives no payment and, even more, her offer is not considered to be work.

Women today are faced with the repercussions from the collapse of the social state and of the national health system, which obliges them to substitute the social care previously provided by the state, with their own work (since men do not, unfortunately, share such responsibilities), are faced with the violation of work rights allowing the employers arbitrary behaviours and discrimination against them, with the deficit of support structures for gender violence within family or for victims of trafficking. Some of these issues, already existing before the crisis, have deteriorated during the last 4 years.

Questions of wages inequalities, of the offer of very specific and necessary activities in the framework of the family by the women, which indeed are not recognized, the question of gender violence, all these issues were not even heard, discussed, and not even promises were heard for some changes.

On the same mentality, we hear some parties proclaiming the redistribution of income between rich and poor, but forget the redistribution between women and men, despite the fact that this is an inequality registered and mesured, even without the calculation of the unpaid labour.

Therefore, the women themselves, when hearing economists and economologues dealing with the “serious” issues, feel guilty when they even think that there are other issues, which they only discuss in their daily personal and social relations.

But, let’s forget for a while patriarchy and gender inequalities.

Why didn’t we hear something about culture these pre election days, is perhaps culture not a necessary element of life, and is it not influenced from the political choices, not only in the economic field, but also ideologically?

Or perhaps human rights, about which we heard little up to least, are they not connected with political developments? There are more than 4.000 detained immigrants without papers, women and men, but this fact did not raise much interest in the public debates and discourse, except on the side of the ruling political forces which only criminalise them.

And when we see a short TV spot with aged people, we hear them saying only that they had their pension cut, and therefore they could not take their medicines, but there is not hint of the psychological issues not necessarily connected with the pension, or the questions of solitude and loneliness of the third age.

Concerning the very few references to armaments, which mean money and mean death, we simply find real consensus for the necessity of these armaments, and indeed in such high levels that they are.

We have to admitt, certainly, that some women did pose such questions, as the above mentioned in their election campaign, but their discourse is devalued as untimely and irrelevant with the “priorities”. It is true that social issues were never a priority, and even less they are today.

Opposite was the discourse of the Feminist Initiative of Sweden, a party that got 5% in the last elections, which had all the agenda of the women’s rights and of human rights.

Let’s hope that the moment will come, when such ideas or such structure will also come to Greece.

As shown in the previous article of “Mov”, about Alexandros Papanastasiou, the question of women’s rights and of women’s right to vote was posed in the political sphere since the beginning of the 20th century. In the meantime we won many rights, but the women remained a minority in the decision making centres, most important of them being Parliament. Despite all this, we continue to demand a change in the gender composition of the coming Parliament by the vote for more women, and indeed women who have a global discourse, supporting the rights and the equal well-being of all citizens, women and men.

We vote for women!

We vote for those women who have shown that they do not adopt the prevalent men’s discourse and role in order to be distinguished!

The editorial Committee of Mov