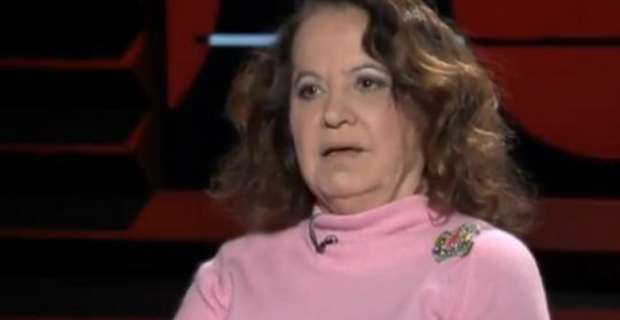 Dr. Maria Piniou-Kalli, founder and Director of the Medical Rehabilitation Centre for Torture Victims (MRCT), in Athens, Greece and President of the IRCT from 1998 to 2003, passed away yesterday, 26 January 2015.

Sentenced by the Greek Junta (1967-1974) to internal exile and imprisonment at Gyaros Island prison for her anti-dictatorial views, she served as a physician to other inmates who had suffered severe physical abuse at the hands of the prison guards and the police. Her later activism on behalf of human rights was anchored in this experience.

In an interview with the IRCT in 2007, Dr Piniou-Kalli explained: “Torture is very present in my personal history, and also in that of my country, so I have intimate insight into the question of torture and its sequels, both as an individual and as a citizen of a country that came out of a cruel dictatorship only 33 years ago.

Born in 1943, the Greek medical doctor and dermatologist practiced in several hospitals in Athens for more than 20 years before joining the Board of Directors of the Greek Division of Amnesty International on which she served from 1982 to 1988. There she was asked to establish a medical group to address torture and in 1989 she founded MRCT to address the gap in torture rehabilitation in Greece.

As a medical doctor, she examined more than 6000 torture survivors. As President of the IRCT, Dr Maria Piniou-Kalli strongly promoted the ratification of the UN Convention against Torture. Her experience convinced her that with international collaboration it is possible to put an end to torture. She saw the IRCT as an essential component in terms of making concrete proposals and supporting governments in developing good policies on human rights.

Dr Piniou-Kalli has been immortalised by the books “Shadow of heroes” by Myron Verouchakis and “The justice cascade” by Katryn Sikkink. She is also the focus of the award-winning documentary “Signs of people”, concerning her life and work.

“She was an extraordinary individual, passionate in her resolve to ensure justice for torture victims and, at the same time, relentless in her enjoyment of life. Her contribution to the rehabilitation movement will endure,” said Victor Madrigal-Borloz, IRCT Secretary-General.

The IRCT is saddened by the news and pays tribute to an extraordinary human rights defender whose work made a great difference to thousands of torture victims. We also extend our heartfelt condolences to her family, friends and colleagues.