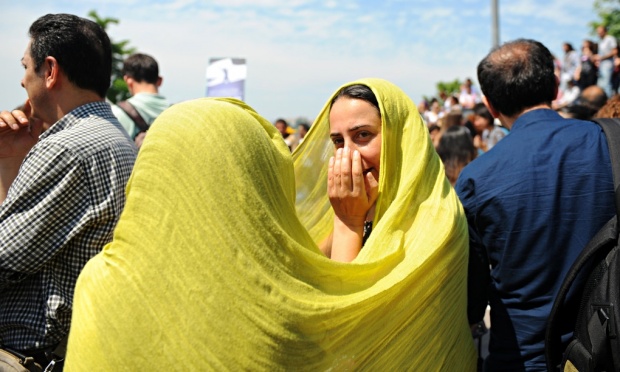 Most Istanbul hospitals are violating the law by refusing to carry out abortions, women’s rights groups in Turkey have established.

Activists from the Purple Roof women’s shelter in Istanbul found that only three out of 37 state hospitals agreed to provide non-emergency terminations, of which only one offered abortions between the eighth and 10th week of gestation, when surgery becomes necessary. Under Turkish law, hospitals are authorised to terminate pregnancies up until the 10th week.

At 17 of the hospitals an abortion was only offered for cases of a medical emergency, while the 12 remaining hospitals refused to provide a termination altogether.

Abortion in Turkey was legalised in 1983 to reduce the high number of women dying from unsafe, self-induced terminations. According to the Turkish Doctors Union Women’s Health Branch, only 2% of pregnancy-related deaths are the result of unsafe abortion methods today, while the number stood at 50% in the 1950s.

“The existing abortion law was not changed at all,” said Esen Özdemir, an activist at Purple Roof. “They did not sign the bill into law. But the government’s stance and rhetoric led to a dramatic change, and what we now have is a de facto abortion ban.”

In 2012, the Justice and Development party (AKP) government proposed a draft law that, among other restrictions aimed to introduce the right for doctors to refuse performing an abortion on the grounds of their conscience, and a mandatory “consideration time” for women requesting a termination. The bill was dropped, but, according to women’s rights activists, the attitude of doctors and other health professionals changed nevertheless.

Turkey’s president, Recep Tayyip Erdoğan, has repeatedly compared abortion to murder and for years urged Turkish couples to have at least three children. Speaking at a wedding in December of last year, he said that birth control was treason that threatened the Turkish bloodline.

“After 2012, women started be treated badly in hospitals because they requested a termination,” Özdemir said. “Women were increasingly made to feel guilty, and horrific reports of abortions being performed without anaesthetic started to appear in the media.”

Furthermore, hospitals introduced a messaging system that informed fathers about the pregnancies of their daughters, adding further pressure on women in a country where sex outside of marriage is considered largely unacceptable.

“Even without a new abortion law, accessibility has decreased dramatically,” Özdemir said. “Abortions in private clinics are available for those who can pay. But if it is this hard for women to find a state hospital in Istanbul that will help them, and where the procedure is free of charge, we expect the situation in other cities and the countryside to be even worse.”

She added that an increasing number of desperate women called the shelter to ask for advice, with many women wondering if abortions were still legal in Turkey.

“The government should know that the ban of terminations does not put an end to the practice,” Özdemir said. “But women will start damaging their own bodies and put themselves in danger to achieve an abortion. This might spell the return of feathers and metal hangers.”