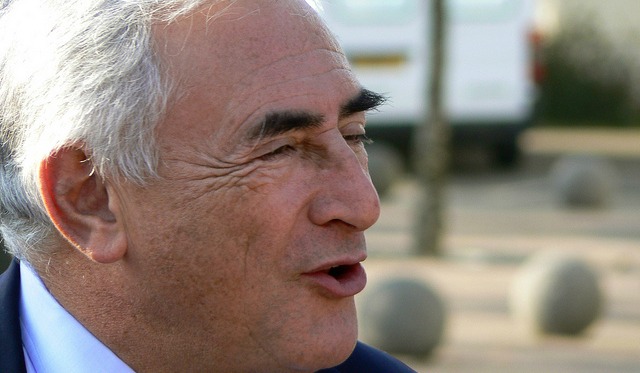 At the trial of Dominique Strauss-Kahn in Lille, the brilliant, left-leaning economist, referred to as DSK and once considered a “world savior,” stood before the world accused of aggravated pimping.

Although the charges are likely to be dismissed, the DSK scandal triggered the most significant shift of French consciousness around gender issues since the publication of “The Second Sex. ”

In the 1980s and 1990s during François Mitterand’s 14-year presidency, DSK was a leading socialist economist. French women who worked for the Socialist Party at that time, described a behind-the scenes libertarianism that corresponds in detail to all that DSK calmly described at his trial.

These highly-educated women were subject to the dictates and wiles of a man’s world. Their advancement depended largely on their skill navigating coquettish intrigues reminiscent of “Les Liaisons Dangereuses.” Victory implied that a woman had sexual allure, a sine qua non of personal power. The big winners might even score “the companion” seat on the private plane that left wintry Paris every Friday for weekend frolics in warm climes. (One uncool official was ridiculed for wasting his escort seat on his wife.)

Before parting, a man and a woman who worked together in some official capacity would shake hands and mutually reassure: On s’annule. The phrase is impersonal and reflexive – one person reciprocally annuls the other. It means I was no more here than you were, or in American parlance – what happens in the chateau stays in the chateau.

While no one I know mentioned DSK by name as a participant, these were the social spheres he inhabited and whose libertine tastes, by his own admission, match his own. Privilege, absolute discretion, exceptionalism were the reigning values, with those at the top, like DSK, certain that their immunity, along with the tradition of noblesse oblige from which it derived, would surely go on forever.

Much has happened since 2011, when DSK was hauled off a plane following a Manhattan chambermaid’s accusations of sexual assault. A few months later, NYU’s Maison Francaise convened a two-day seminar inviting sociologists, philosophers, psychoanalysts and cultural critics to deconstruct the ramifications of the DSK scandal for French society. The shock waves were foundational. Among the, long-stifled questions: How did progressive Socialists so seamlessly appropriate France’s long tradition of aristocratic privilege? Was it acceptable in a land of liberté to criminalize a man for his sexual excesses? How to explain the long-time silence among France’s predominantly male journalists? And finally, what were the implications and consequences for educated and ambitious French women, many seeing themselves for the first time as pawns in an old boys’ game.

At DSK’s trial, the pivotal issue is whether the former head of the IMF knew that the participating women were paid prostitutes. His insistence that he could not tell the difference between women for hire and those “with libertine tastes” derives from an accepted protocol. For decades, French social life was based on the implicit understanding that powerful men held the keys to the inner sanctum. Women who were ambitious, attractive and above all, good sports knew enough to play the male dominant, female subservient game according to the age-old rules.

DSK lags behind the French feminist times when he speaks so non-analytically about “women with libertine tastes.” The general public, much as they fetishize sexual privacy, are sliding into moral disgust. Long-suppressed outrage among both highly educated and working class women erupts across the land.

My American feminist friends wonder how it could possibly have taken this long. I explain that France has long prided itself on its anti-Puritan, toute est permis freedom from the American straightjacket of political correctness. In the 90’s when I worked for a post-modernist, originally Maoist review called art press, its founding editor, Catherine Millet used to complain that “there wasn’t enough sexual harassment” in the office. She was then authoring what was to be, in 2001, one of the biggest literary bestsellers since “Story of O,” called “The Sexual Life of Catherine M,” a book about her own orgies with masses of strangers in the Bois de Boulogne.

When my Jewish American feminist friends came to Paris looking for Simone de Beauvoir, they instead found women like me who unapologetically cultivated feminine charm, vibrant careers, and motherhood supported by socialized childcare and lots of paid vacation, women living lives marked by a certain insouciance about feminist ideology.

The DSK trial does not seem to have inspired an evolution in consciousness in its famous defendant who, while not headed for jail, has lost all of his considerable influence. French women, and others like me who once shared their reluctant feminism, have come away with a whole new awareness.