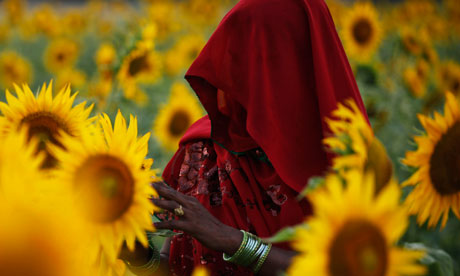 What is “women’s work?” Anything you can think of.

Whether it’s the work of keeping a home and raising a family, building and inspiring a community, or bringing home a wage from a daily job, the wide variety of work women do is worth celebrating. Women are one of the largest growing forces in the global economy — even though they are paid less than men worldwide. In 2011, the World Bank revealed that women make up 40 percent of the world’s labor force, but hold just 1 percent of the world’s wealth.

The run-up to International Women’s Day on March 8 is the perfect occasion to recognize the working women of the world, whether they labor in an office or on a farm. From building wind turbines to harvesting bananas, fighting fires to rolling cigars, here are 39 images of working women all over the globe: