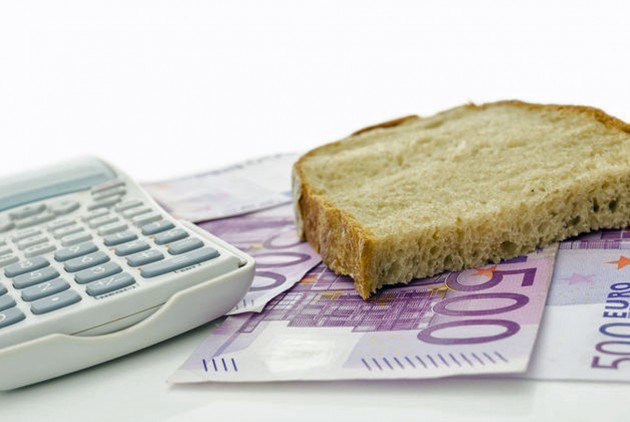 The co-owner of a well-known bakery chain denied charges at a criminal court in Athens on Tuesday which claimed that he was the leader of a major sex trafficking ring. According to reports, the accused who was operating this criminal organization with his brother, purposely lured foreign women to Greece and then forced them to work as strippers. In their defence, the brothers claim that they have been set up, either by a competitor bakery or by laid-off staff, and that the strip joints were set up to accommodate a woman who did not want to work in a bakery.

The evidence in the case, however, says otherwise. According to press reports, twenty-three people have been named in the case, including women entertainers at the strip joints the two brothers ran in Athens. The same reports note that the 23 defendants had set up a structured criminal organisation, led by Angelos G. (A.G.), with clear roles for each, (for the purpose of committing several criminal acts, specifically the economic and sexual exploitation of female foreign nationals from Eastern European and Balkan countries.)

The members of this criminal organisation apparently found desperate unemployed women through a fake job bureau (which they hinted was named “West Line”). According to the same reports, the bureau was operated by a female with the initials N.M. The evidence also claims that this office specifically looked for women who were in financial need and provided them with necessary travel documents and tickets so that they could work in Athens as dancers. When the women made the move and finally arrived in Athens, the members of the gang would pick them up at the airport and then lock them up in apartments, that were either rented or owned by them. They then confiscated their original documents and instead gave them residency permits through fake Lithuanian passports and political asylum applications. In order to force the women to do their bidding, they also threatened them and at times even used illegal substances to force them into sexual acts with customers at strip clubs such as Alcatraz and Star.

To avoid being caught, the criminal gang had also set up a Cyprus-based offshore company (which the same reports note went by the name of Desena Limited) and which had an office in Athens (the office appeared to be managing the strip joints through front men). The MONEY

was then laundered through the bakery chain, which for a time was owned by A.G., 46, and his brother (while currently it is in their mother’s name).

In his testimony, A.G., 46, said that he opened the strip joints because of a Romanian national “whom I brought to Athens, but she didn’t want to work at the bakeries, so I opened the stores for her; I did everything for the love of a woman.” He transferred them to an offshore following advice by his ACCOUNTANT

, he said. He also said he used to employ 50 in each of the two stores, and claimed he was no longer their owner. “The charges against me were made by a young woman who worked at the store and because she drank a lot, I kicked her out. She did it out of revenge… She was bitter over losing her job,” he said.

Authorities made the arrests following two separate complaints filed. One was in June 2008 by a RUSSIAN WOMAN

who asked authorities for protection from the men and a woman from Poland. Both named the 46-year-old man in their charges.

Charges faced separately by each of the 23 defendants include participating in a criminal organisation, sexual trafficking, violation of immigration laws and MONEY

The other defendants denied the charges, saying they were simple employees who had no idea of illegal activity. Responding to the claims of staff – dancers, waiters, bouncers and parking attendants, among others – the presiding judge said, “I see. It was like a convent in there.”

The trial was adjourned for April 20.