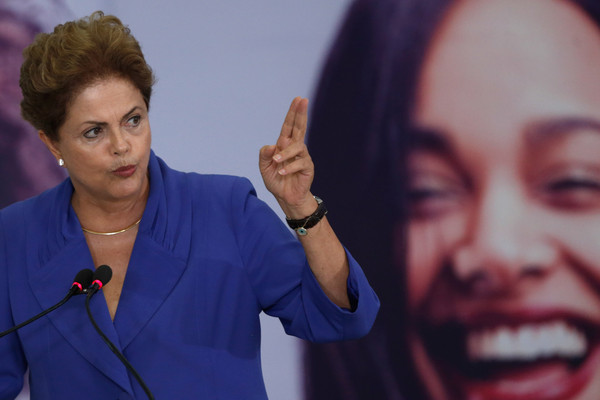 In the middle of the chaos, with uncertainties about the future of the economy and an unhappy and unsatisfied population, Dilma Rousseff still managed to bring to the surface a topic that needed to be discussed: femicide in Brazil. According to Brazil’s legislature, femicide is any crime that involves the killing of women; 15 women are killed daily in Brazil, the rates of domestic abuse and crimes against women are alarmingly high, and for these reasons the president has started a zero tolerance policy toward crimes against women.

This year, on Sunday, March 8, the day we celebrate International Women’s Day, President Rousseff signed a new law, which sets tough new penalties for the killing of women of any age. From now on, murders linked to domestic violence will carry sentences from 12 to 30 years. In cases of murders involving pregnant women, women who have just given birth or women over 60, the penalties are going to be even tougher, resulting in longer jail terms.

Back in 2006, Brazil’s previous president Luiz Inácio Lula da Silva, sanctioned a law to protect women from domestic abuse, which stated that aggressors could no longer respond with lesser sentences. The law was called “Maria da Penha” a tribute to Maria da Penha Maia, a woman who was abused by her husband for 14 years. Her husband and aggressor attempted to murder Maria da Penha twice, and left her paraplegic.

Maria da Penha Maia herself started a campaign to raise awareness against domestic abuse. She gives lectures and shares her story with other women, many of whom may be going through the same ordeal but are scared to speak up. The femicide law was already in use in many countries like Italy, Mexico, Guatemala and Chile, and now it is a reality in Brazil.