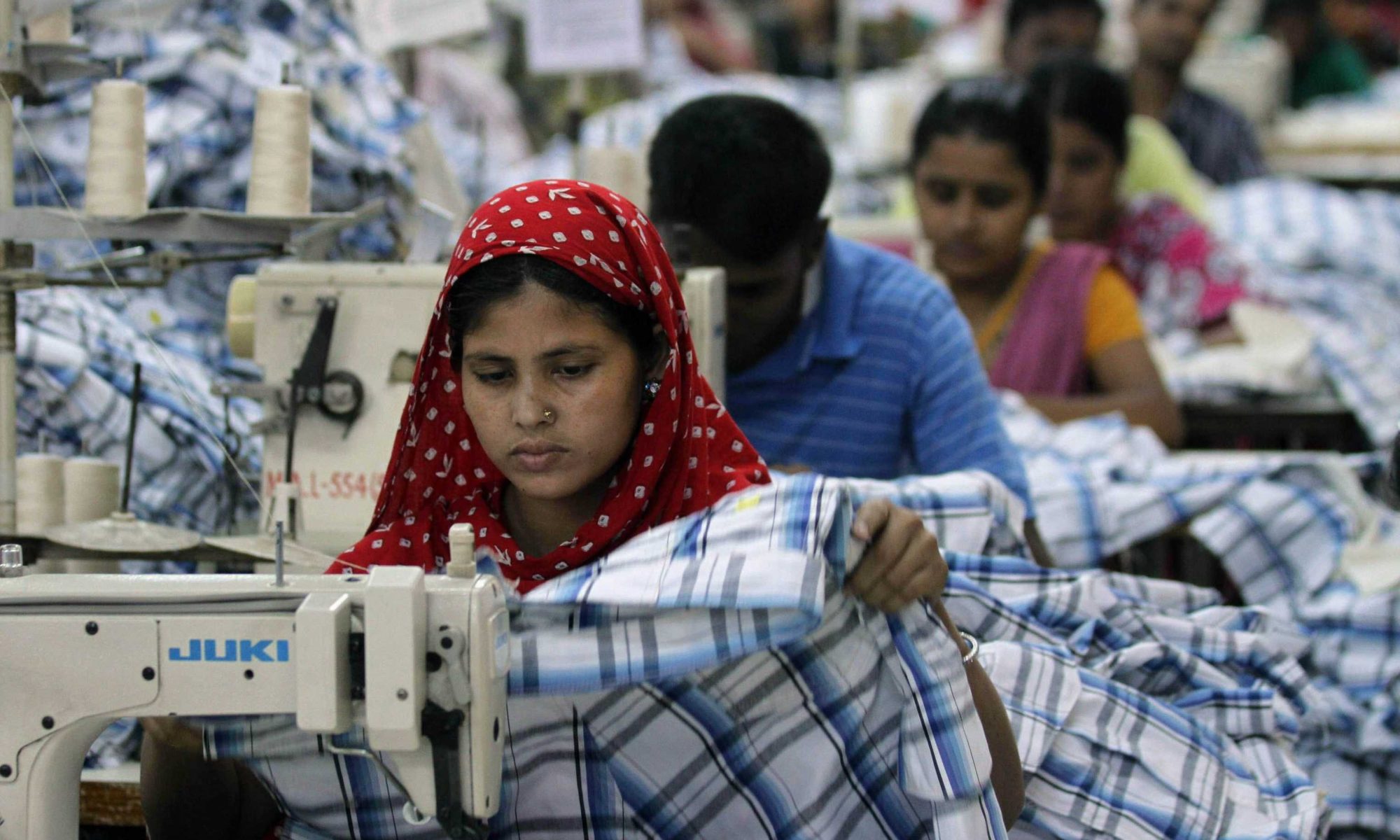 We, militants of the World March of Women, united in solidarity, are here together to denounce capitalism greed and patriarchy that exploit and expropriate women’s bodies and productive labor. On the 24th April we remember the Rana Plaza massacre, in Bangladesh, when about 1.000 women, were injured or lost their lives on 24 April 2013, due to the collapse of the building where they were working, crammed, in inhuman conditions and in exchange for an immoral salary. We stand in solidarity with the families of the victims, and we raise our voices high to be heard and to denounce that every day, on the five continents, the causes that led to this disaster are still repeating. Women suffer these consequences at coffee, tea plantations and flower farms in África, export processing zones in Asia, garment industry in Eastern Europe, Maquiladoras in América…

Every day, in every imaginable way, women are victims of the greed of this capitalist system, whose foremost priority is the maximization of benefits over people’s well-being, human rights or the respect of nature. We suffer from discrimination in the labor market, from the invisibilization of the care work we perform, from inhuman working conditions, double working days and so on. Women suffer much more from the precariousness of public services and social services, which weakens the welfare state and puts additional care workload on our shoulders.

We suffer from the usurpation of our lands, which are the livelihood of our families, because of the greed of big transnational companies speculating with lands and raw materials, mercilessly plundering the natural resources from our territories. (Each NCB may insert here an example of the local struggle).

We experience the control of society, of ultraconservative groups and religious fundamentalists over our bodies every day. In the name of moral and religious values, tradition and culture, we witness how our sexual and reproductive rights are taken away every day, just like our right to sexual pleasure and our freedom to decide on our bodies, our health and our future. (Each NCB may insert here an example of the local struggle).

Women suffer more acutely the consequences of the increase of violence, instability and conflict. With extreme concern and rage we see that rape keeps being used as a weapon of war and that the cases of abuse and violence against women and girls are increasing. Cases of abduction, like the over 200 girls kidnapped in Nigeria by the militia groups, sexual trafficking, slavery and forced marriages keep increasing and, as a consequence of this, massive civil population displacements, poverty and HIV-AIDS are feminized. (Each NCB may insert here an example of the local struggle).

At the same time, we defend out right to autonomy over our bodies and our sexuality, and the right to separate sexuality from maternity, and to decide if and when to have children. We reaffirm our vision that sees sexuality as being socially constructed and of ourselves as subjects that actively reject heteronormativity and defend the right to live our sexuality free from coercion, stereotypes and power relations.

Rooted in feminism, we defend the sustainability of human life as the guiding principle of a new paradigm which must be based on dynamic and harmonious relationship between humanity and nature and between human beings. For this, it is fundamental that real changes be made to the modes of production and reproduction and the consumption patterns in order to give new meaning to and broaden the concept of work. The new concept must recognize women’s work and establish a balance between production and reproduction work in which the latter is also shared with men and the State.

For all these reasons and for many others, because the world needs the feminist struggle, today we join our voices and collective efforts to create a chain of actions around the world. During one hour, starting at noon, from East to West, from Oceania to Américas, World March of Women activists organize different actions to connect our local struggles to the global fight against the patriarchal and capitalist domination.

Women on the march until we are all free!!!