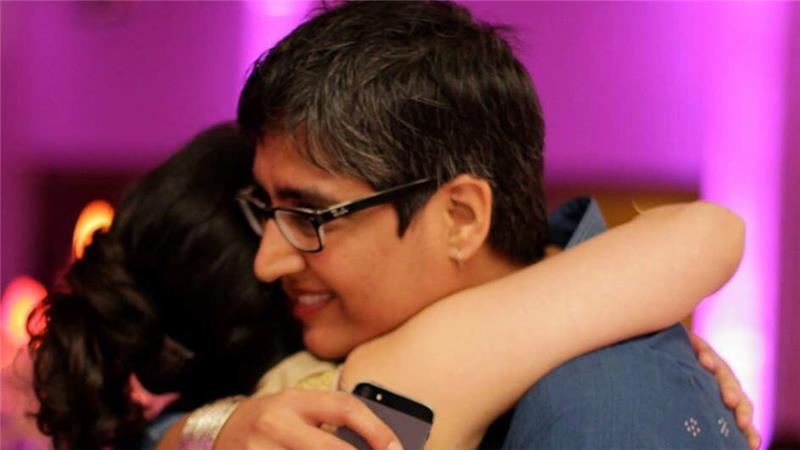 Karachi, PAKISTAN – Sabeen Mahmud, a prominent Pakistani social and human rights activist, has been shot dead, shortly after hosting an event on Balochistan’s “disappeared people”, in the southern city of Karachi, officials have told Al Jazeera.

Mahmud, 40, was the director of T2F [The Second Floor], a café and arts space that has been a mainstay of Karachi’s activists since it opened its doors in 2007. She was one of the country’s most outspoken human rights advocates.

Mahmud was shot four times at close range, with bullets going through her shoulder, chest and abdomen, police told Al Jazeera. She was pronounced dead on arrival at the National Medical Centre hospital at 9.40pm.

Mahmud had been on her way from the event, along with her mother, when her car came under fire from unidentified gunmen, according to police.

Her mother was also shot twice, but was undergoing treatment in hospital and was out of immediate danger, hospital officials said.

Mahmud had been present at the opening of a discussion called “Unsilencing Balochistan,” hosted at T2F, where prominent Baloch rights activists Mama Qadeer, Farzana Majeed and Muhammad Ali Talpur had been speaking.

Qadeer and Majeed have long championed the cause of Balochistan’s “disappeared,” a term used to describe people who have been abducted in Balochistan, with their bodies often found years later. The Voice of Baloch Missing Persons organisation, which both activists belong to, says that more than 2,825 people have “disappeared” in this way since 2005.

They allege the disappearances, which are mostly of Baloch rights activists and students, have been carried out by the Pakistani government and its powerful ISI intelligence agency, a charge the agency denies.

Just over a fortnight ago, a similar talk with the same speakers at the Lahore University of Management Sciences (LUMS), was cancelled at the last minute “on orders from the government”, according to a LUMS statement.

“Sabeen was a voice of reason, pluralism and secularism: the kind of creed that endangers the insidious side of constructed Pakistani nationalism,” Raza Rumi, a rights activist who escaped an assassination attempt in March 2014 and now lives in the United States out of fear for his life, told Al Jazeera.

“In her work, she was neither a political partisan nor a power seeker but Pakistan’s state and non-state actors are averse to any form of dissent. This is why she had to be killed,” Rumi said.

“Her death has simply reopened my wounds. She gave me support when I escaped death and now I feel even more scared to return to Pakistan. Her death is a huge blow to Pakistan’s civil society and social change movements.”

A friend of Mahmud’s in Karachi, who spoke to Al Jazeera on condition of anonymity due to safety fears, said she had contacted him on Tuesday to ask for advice about whether she should go ahead with the event.

“She was having doubts, and the person who had initially agreed to moderate the discussion had backed out,” he said.

“We discussed the possible blowback that she and T2F could potentially get in response to holding the event, but I never imagined it would be as brutal and blatant as this.”

Another friend of Mahmud’s, who raced to the hospital minutes after she had been shot, said “at least a hundred people” had gathered outside the hospital for the activist, within moments of her arrival.

“I raced through the hospital corridors to get to the ER envisioning a defiant Sabeen who was going to laugh at her own plaster or dressing,” the second friend said.

“She stood up and hosted an event for a group of people who have no voice despite the threats she had gotten. She did not back down – gave her life.

“She’s been silenced to instill fear in the heart of the upper-middle class, the English-speaking folk who have become politically vocal for rights and equality.”

Balochistan, Pakistan’s largest, and least densely populated province, has been the site of multiple armed guerilla campaigns against the state by separatist forces, the latest of which is ongoing since 2005. The province is the least economically developed, and has the worst social indicators in areas such as health and education.

Pakistan’s armed forces have been battling the separatists through ground and air operations, and many parts of the province are cut off from the rest of Pakistan due to the conflict.

Baloch rights activists say intelligence agencies have also been carrying out a systematic campaign of silencing dissent through the disappearance of activists, even those who have not taken up arms.

Nasrullah Baloch, the chairman of the Voice of Missing Baloch rights organisation, said his group condemned the attack, and said those responsible should be tried for their crimes.

“Whenever voices are raised against rights abuses in Balochistan, the government tries to suppress them. Suppressing voices does not solve the issue, indeed it only makes the voices become louder.”