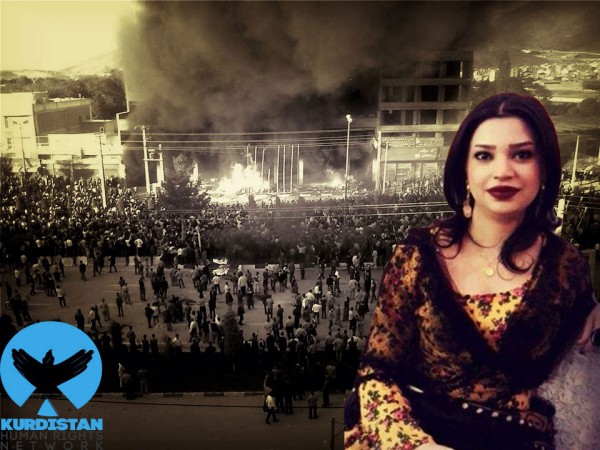 Audre Lorde, feminist scholar of 1970s once said, “Your silence will not protect you”  and women globally know this reality.

While gender justice has moved closer from margin to the center of global agenda particularly during the last 40 years, still patriarchal power structure is deep rooted in many parts of the world. One billion rising to end gender violence is the manifestation of one of the many campaigns to end gender based violence in public as well as private, in home as well as community, by governments, in conflict zones as well as assembly lines. The reality is that our world in neither safe for women who are silent because they feel it protects them from a whole host of harms nor it is safe for women who are brave and outspoken, women who believe their silence neither protect them nor other women, for women who risk their lives to stand tall against misogyny, patriarchal power structure and gender violence. We are witnessing that the lives of women like Farkhunda in Kabul and Farinaz in Mahabad are being perished. We also witness the death of brave women like Selwa Bugaidhis in Libya, Sabeen Mohamud in Pakistan and even arrests and detentions of women who stand on the side of justice like Nargess Mohammadi in Iran who broke the code of patriarchal silence.

On May 4th, Farinaz Khosravani, a 25 year-old Iranian Kurdish woman fell/jumped from the fourth floor of Tara Hotel in Mahabad where she worked. Mahabad is a city in northwestern Iran with approximately 280,000 ethnic Kurds.   While the exact circumstances about her death are still unexplained, the Kurdish media reported that at the time that she was alone with a member of Iran’s intelligence and security forces. Amnesty International article on May 8th, referenced that people of Mahabad alleged that the member of Iran‘s intelligence and security forces had threatened to rape Farinaz.

Following the incident, angered demonstrators clashed with police on Thursday May 7th and set the hotel on fire and throwing furniture from the Tara Hotel’s rooms. According to ARA News at least two people were killed and over 50 were injured when riot police resorted to tear gas, bullets and batons to disperse the demonstrators.

Said Boumedouha, Deputy Director of MENA region at Amnesty International said that Amnesty International has not yet been able to verify the precise number of arrests and casualties. He also added that “We have long documented how Iran’s security forces have a history of using excessive force to quell protests – in direct violation of international law” and “Instead of resorting to intimidation and excessive force, the authorities must launch a prompt, impartial and independent investigation into the circumstances that led to the death of the young woman in Mahabad as well as the allegations about the use of excessive force in the policing of protests that her death sparked.”

Mahabad Mayor Jaafar Katani told Iraqi Kurdish news agency Rudaw that “people must wait until the investigation results are out”.Gholam-Hossein Mohseni-Eje’I spoke person of the Justice Department also made comments related to this case and encouraged people to wait for the result of the investigation. Mahabad’s prosecutor, Aslan Heydari, also stated in his interview with IRNA on May 8th that investigation into the “suspicious” death of the woman is being conducted “very carefully.” Officials in Iran, connecting the sparked demonstrations to instigation of foreign media and inviting people to be calm and trust the authorities for conducting their investigation. The narrative coming out of the local residents in Mahabad is that the owner of the Tara Hotel Nader Molodi made arrangements with the members of the intelligence and security forces to uprate his hotel from four to a five star hotel in exchange of making arrangements so that Farinaz be made available to him. The story concludes that when Farinaz was in the hotel room with the intelligence officer, facing to be raped, she decided to jump from the fourth floor and commit suicide to keep the honor of her family.

While the exact circumstances of Farinaz death is still not known, what were her choices? How would the community that are now setting the hotel on fire and demanding justice would have reacted to her if she was alive? Was her life in danger in the hands of the close male relatives, to keep the “honor “of their family? Would the community ostracize her even if she would have not been killed in the name of “honor”?

How would Farinaz have reacted if she believed that she could defend the integrity of her body and protect herself from the rape? Would the legal system defend her? How would the community would have responded to her? Would the crowd in the streets of Mahabad have defended her human rights to protect herself even if she had to resort to violence?

Farinaz and hundreds of women and girls like Farinaz know firsthand that a rape victim will be re-victimized in societies like Iran. They know firsthand that even the faded away laws on the book does not mean justice being served for them.   They know the world is not a safe place for them. Let us all transform silence Into action. Silence will not protect us!

Peace activist and WNN – Women News Network special reporter on Iran, Elahe Amani, works with immigrant women who are part of the South Asian, Iranian and the Middle Eastern ethnic communities in Southern California to help women from these communities build peace at home and in society. Amani is also chair of Global Circles at Women’s Intercultural Network, a global women’s organization with grassroot circles in Uganda, Japan and Afghanistan. Amani has also lectured through the Women’s Studies Department and is also on the advisory board of The Women Center at CSU – California State University in Long Beach, California.