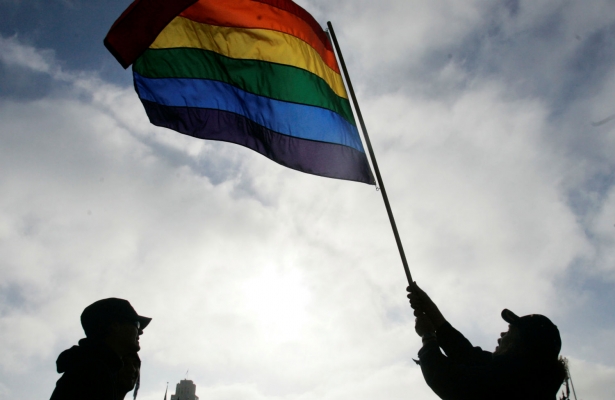 Are these two CULTURE

Why are reproductive rights losing while gay rights are winning? Indiana’s attempt to enshrine opposition to gay marriage under the guise of religious freedom provoked an immediate nationwide backlash. Meanwhile, the Supreme Court has allowed religious employers to refuse insurance coverage for birth control—not abortion, birth control—to female employees; new laws are forcing abortion clinics to close; and absurd, even medically dangerous restrictions are heaping up in state after state. Except when the media highlight a particularly crazy claim by a Todd Akin or Richard Mourdock, where’s the national outrage? Most Americans are pro-choice, more or less; only a small minority want to see abortion banned. When you CONSIDER, moreover, that one in three women will have had at least one abortion by the time she reaches menopause, and most of those women had parents, partners, friends—someone—who helped them obtain it, the sluggish response to the onslaught of restrictive laws must include many PEOPLE who have themselves benefited from safe and legal abortion.

The media present marriage equality and reproductive rights as CULTURE war” issues, as if they somehow went together. But perhaps they’re not as similar as we think. Some distinctions:

§ Marriage equality is about love, romance, commitment, settling down, starting a family. People love love! But marriage equality is also about tying love to family values, expanding a conservative institution that has already lost most of its coercive social power and become optional for millions. (Marriage equality thus follows Pollitt’s law: Outsiders get access when something becomes less valued, which is why women can be art historians and African-Americans win poetry prizes.) Far from posing a threat to marriage, as religious opponents claim, permitting gays to marry gives the institution a much-needed update, even as it presents LGBT people as no threat to the status quo: Instead of promiscuous child molesters and lonely gym teachers, gays and lesbians are your neighbors who buy Pottery Barn furniture and like to barbecue.

Reproductive rights, by contrast, is about sex—sexual freedom, the opposite of marriage—in all its messy, feckless glory. It replaces the image of women as chaste, self-sacrificing mothers dependent on men with that of women as independent, sexual, and maybe not so self-sacrificing. It doesn’t matter that contraception is indispensable to modern life, that abortion antedates the sexual revolution by thousands of years, that plenty of women who have abortions are married, or that most (60 percent) who have abortions are already mothers. Birth control and abortion allow women—and, to a lesser extent, men—to have sex without punishment, a.k.a. responsibility. And our puritanical culture replies: You should pay for that pleasure, you slut.

§ Same-sex marriage is something men want. Lesbian couples account for the majority of same-sex marriages, but even the vernacular “gay marriage” types it as a male concern. That makes it of interest to everyone, because everything male is of general interest. Though many of the groundbreaking activists and lawyers who have fought for same-sex marriage are lesbians, gay men have a great deal of social and economic power, and they have used it, brilliantly, to mainstream the cause.

Reproductive rights are inescapably about women. Pervasive misogyny means not only that those rights are stigmatized—along with the women who exercise them—but that men don’t see them as all that important, while women have limited social power to promote them. And that power is easily endangered by too close an identification with all but the most anodyne version of feminism. There are no female CEOs pouring millions into reproductive rights or threatening to relocate their businesses when a state guts access to abortion. And with few exceptions, A-list celebs steer clear.

§ Marriage equality has cross-class appeal: Anyone can have an LGBT child, and parents across the political spectrum naturally want their kids to have the same opportunities other children have. Any woman might find herself needing an abortion, too, but she may not realize that. Improvements in birth control mean that prosperous, educated women with private doctors can control their fertility pretty well—certainly better than women who rely on public clinics—and if they need an abortion, they can get one. It’s low-income women who suffer the most from abortion restrictions—and since when have their issues been at the top of the middle and upper classes’ to-do list?

§ Marriage equality costs society nothing and takes no power away from anyone. No one has been able to argue persuasively that your gay marriage hurts my straight marriage. But reproductive rights come with a price tag: Government funding is inevitably involved. (“If you want to have a party, have a party, but don’t ask me to pay for it,” said one New Hampshire lawmaker as he tried to cut funding for contraception.) Also, contraception and abortion give power to women and take it from others: parents, employers, clergy, and men.

§ In marriage equality, there is no loser. But many, including some who call themselves pro-choice, feel that abortion creates a loser: the embryo or fetus. You have to value women a lot to side with the pregnant woman, with all her inevitable complexities and flaws, over the pure potentiality of the future baby.

§ Marriage equality is a wonderful thing, an important civil right that brings dignity to a previously excluded group. Over time, it may subtly affect the gender conventions of straight marriage, but it won’t fundamentally alter our social and economic arrangements. Reproductive rights, though, are inescapably connected to the larger project of feminism, which has already destabilized every area of life, from the bedroom to the boardroom. What might women demand, what might they accomplish, how might they choose to live, if every woman had children only when and if she wanted them? CULTURE war” doesn’t begin to describe it.