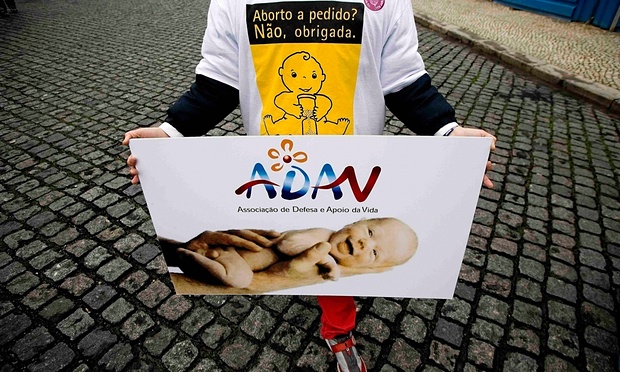 Women will also be required to have counselling before a termination, in a move pro-choice campaigners said was designed to ‘humiliate’ women.

Portugal has tightened its abortion laws, adopting a bill aimed at making women pay to end a pregnancy and requirements for more stringent tests before the procedure.

On Wednesday, the governing centre-right coalition backed the move to introduce fees during a final, heated session of parliament that prompted jeers from opposition lawmakers.

The debate was briefly interrupted by women’s rights activists, who shouted “shame, shame” from the gallery.

The parliament also adopted other amendments to the abortion law, including a requirement that women get psychological and social counselling and advice on family planning before ending a pregnancy.

But Carlos Abreu Amorim, a member of the governing Social Democrats (PSD), argued that the changes were “not a question of removing the right to abortion, but to improve the conditions in which women take these difficult decisions”.

Abortion remains a controversial subject in majority Catholic Portugal, where it has faced vocal opposition from the Church.

Portuguese women have had the legal right to an abortion paid for by the state up to 10 weeks into a pregnancy since it was approved by a referendum in 2007.

Before then, women faced up to three years in prison for having an abortion, except in cases of rape or if there was danger to the health of the mother or foetus.