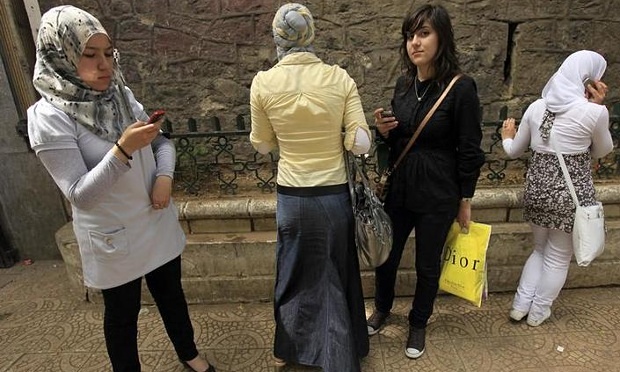 Is mainstream French feminism racist? I co-founded Nouvelles Questions Feministes (New Feminist Issues) with Simone de Beauvoir in 1977 and have long been involved with Mouvement de Libération des Femmes (MLF) but increasingly, it’s clear to me that French attitudes towards the hijab and Muslim women are not just incomprehensible, but reprehensible.

The first openly anti-Muslim law was passed in 2004, banning schoolgirls from wearing a headscarf, based on the belief that “religious signs” are contrary tolaïcité – political secularism. But the ideological campaign against Islam started more than 40 years ago. Journalist Thomas Deltombe established that, between the 1980s and the mid-2000s, not a week passed without one or the other of the two main French weeklies asking “Should we be afraid of Islam?” or “Is Islam incompatible with democracy?”.

Dailies, radio and TV programmes exhibited the same obsession. It became worse over time, as the audience became convinced that western civilisation was being threatened by Islam in general, and that this danger was embodied in France by the 5 million sons and daughters of North African immigrants, who may or may not be Muslims, living in France.

Now laïcité is used as an argument against Muslims, as this law has undergone a radical reinterpretation by politicians, journalists and lobbyists, and has been falsified. As Saïd Bouamama wrote in 2004, the French version of Islamophobia, trying to pass as political secularism, is just a way of making racism respectable. Even before the 2004 law meant scarf-wearing teenagers would be excluded from schools – thus violating their fundamental right to education – France’s established feminist groups did not accept scarf-wearing women in their meetings.

They decided early on these women could not be feminist, indeed must be against everything that feminism stands for, that the hijab was a symbol of oppression. It has taken the few of us who are opposed to this discriminatory law to start discussing whether high heels, lipstick and multiple signals of femininity might just as well be labelled symbols of oppression.

This contempt is ironic: it is assumed these women wear a scarf as they are forced to do so by their menfolk, and that the solution to that undue influence is to expel them from school and send them back to the same oppressive families. If French feminists saw scarf-wearing Muslims as oppressed women, it should be a reason not to expel them from school or to curtail their movements, but to embrace them. Across the country, Muslim women are not seen as “real” French.

In these conditions, wearing an ostensible religious sign has one of many possible meanings, or all of them: it may mean Muslim women expressing solidarity with people of the same racial group; it may mean an attempt to escape that condition by taking refuge in the spirituality that religion offers them; it may be an unspoken way of showing defiance towards the establishment. Scarf-wearing women share patriarchal oppression, with the added handicap of racial discrimination.

White feminists should accept that these women want to develop their own feminism based on their own situation, and that this feminism will take their Islamic culture into account. Instead, my fellow feminists are colluding in widening one of the worst rifts within French society, when time is running out.

Separate and Dominate: Feminism and Racism After the War on Terror by Christine Delphy (Verso, £14.99) is out now