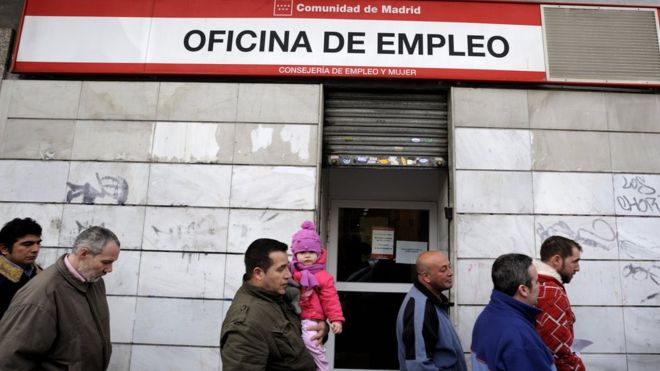 Informative article with figures on the welfare state, very interesting for women and feminists fighting to strengthen it. The conclusion of course is characteristic of BBC articles rather than of feminist goals.
To Mov

As German Chancellor Angela Merkel is fond of repeating, the EU accounts for just 7% of the world’s population and a quarter of its gross domestic product (GDP) but as much as half of its welfare spending.

Her underlying message is that Europe spends too much on social policies and thus has no choice but to retrench.

Austerity is one reason for cuts, but other threats to the sustainability of the welfare state are more fundamental.

They include dealing with an ageing population and adapting to evolving societal expectations.

Intensifying competition from emerging markets has also seen globalisation become a threat, because the cost of welfare policies has undermined the competitiveness of companies.

However, as I and my colleagues argue in a new paper, it would be wrong to view the welfare state mainly as a burden and it is undeniable that welfare states encapsulate values that people across the EU cherish.

How much is spent on the welfare state?

Interestingly, average EU spending per citizen is almost the same as in the United States and well below that in Switzerland, after adjusting for price differences. Typically, poverty relief, health and pensions are much the biggest components of welfare spending, whereas unemployment benefits cost relatively less.

How do changing demographics affect the sustainability of the current welfare models?

The ageing of the EU population is the result of two phenomena:

But there are also marked differences among the EU countries. Over the past 15 years, the average fertility rate (children per woman) in the EU has been 1.54, ranging from barely over 1.3 in Hungary and Spain, and 1.36 in Germany, to 1.8 in the UK and just under two in Ireland, France and Sweden.

According to the “main scenario” of the latest Eurostat population projections, Germany’s population has already started to shrink and is expected to fall from 82 million in 2013 to 74 million by 2050.

The UK’s population, by comparison, will rise from 64 million to 77 million over the same period.

This scenario includes substantial net migration into the EU, although the likelihood is that the exceptional influx of refugees and migrants this year will result in even higher totals for countries seen as favoured destinations.

What is most striking is the steady increase in the ratio of elderly dependants (over-65s) to working-age citizens (those aged 15-64).

The number of working-age people supporting each elderly person will fall sharply, from 3.5 today to just two in 2050 in the EU as a whole and just 1.7 in Germany.

How does the influx of migrants this year affect welfare policies?

The refugees and migrants entering the EU will put short-term pressures on social security budgets and social housing, but the numbers do need to be put into perspective.

Even as many as one million migrants would be just 0.2% of the EU population and well under 1% of the number of people dependent in the EU on welfare budgets.

In the longer term, migrants tend to move into jobs and become net contributors to the coffers of states.

Moreover, with many European countries facing a decline in the working population, the arrival of younger dynamic workers is likely to prove helpful.

What has been the effect of globalisation and other big changes in recent decades?

Labour costs are among the key factors for companies in deciding where to invest and produce.

High wages can be afforded if workers are productive, but in many EU countries welfare states are funded in part by taxes on labour.

This creates what economists call a “wedge” between the labour cost and the wage, or put another way, the difference between what the employee receives and what the employer pays.

It causes difficulties if competitors from emerging market economies are able to undercut their European counterparts.

However, cutting welfare provisions does not mean that risks go away; it simply creates different sorts of problems.

What solutions and policy ideas are there and what is the block to such changes?

There are plenty of ideas for how to resolve the challenges facing the welfare state.

The demographic effects can be mitigated by curbing the generosity of payments, asking people to work longer or finding ways of boosting the economically active population.

Bringing young migrants into the labour force could also be part of the solution, which may explain Germany’s more accommodating stance towards the refugee crisis this summer.

Taxing “bads” such as pollution instead of labour and other “goods” can lessen the competitiveness problem, and countries such as Denmark and the Netherlands have found ways to redesign systems to reflect the new structures of economic activity.

A social investment approach is seen by many in the EU as the way to recast welfare policies to ensure that they both strengthen prevention of social risks and boost employment levels.

Why then is welfare reform often so difficult?

The simple answer is that it inevitably involves taking away what some people have to give to others and, unsurprisingly, the winners keep quiet while the losers shout loudly.