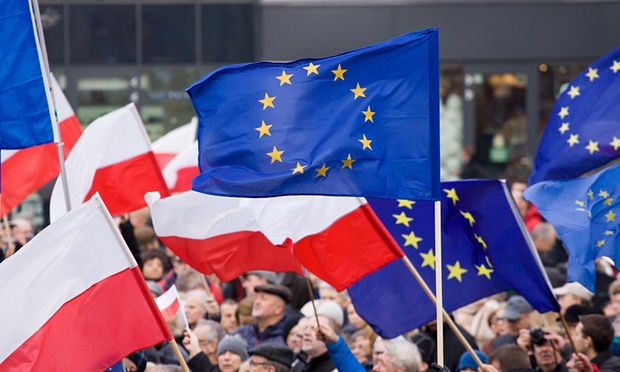 Campaigners are planning to step up resistance to Poland’s ultra-conservative government after it cleared a constitutional path for hardline law changes, expected to include a total ban on abortion and curbs to gender and human rights.

Tens of thousands joined mass demonstrations in the run-up to the law change, which would curtail the independence of the constitutional tribunal – the country’s highest legislative court. But to the dismay of women’s rights activists, no protests greeted the government’s first concrete policy move – to scrap subsidies for IVF in public hospitals.

Since the Law & Justice party gained an absolute majority in parliament in October, it has not fully declared that it will ban abortion but its MPs attempted the move under the previous coalition with the centrist Civic Platform party.

The avowed feminist politician Barbara Nowacka, leader of the United Left coalition, called for defenders of the constitution to embrace women’s rights. “The defence of democracy and equality go together. Poland has taken several steps backwards in the past couple of weeks. Issues such as women’s equality and LGBT rights seem suddenly to have been cancelled as unimportant.”

Law & Justice triumphed in the elections on a mix of social and nationalistic promises: hostility to migrants, pledging to stand up to exploitative foreign investors and banks, reducing the retirement age and introducing a 500 złoty (£86) a month child grant. Crucially, the campaign had the blessing of conservative bishops.

“It’s payback time for the church,” said Jacek Kucharczyk of the Institute of Public Affairs. “Law & Justice swept up the armies of people who had stood on church steps for eight years, bearing petitions against abortion and IVF. They were part of the church’s campaign against what it sees as morally regressive so-called gender ideology, perceived as being imposed by western Europe.”

Law & Justice’s success at conflating Europe with moral decay creates a difficult challenge for rights activists whose strongest weapons are often international treaties. Among the government’s ambitions is to withdraw from the Council of Europe’s convention on preventing and combating violence against women and domestic violence, known as the Istanbul convention.

Women’s leaders want to regain lost ground. In a special joint communique entitled Congress of Women against Law & Justice, activists denounce a ruling party that “evokes the stereotype of the traditional role of women and seeks to limit the autonomy and freedom of women”.

The congress, one of the largest women’s associations in eastern Europe, says it intends to launch an ongoing audit of the government’s record on human rights. It will focus on the promised child grant, which it fears could negatively affect existing means-tested benefits for poorer women.

Congress committee member Agnieszka Graff said: “The general philosophy [of Law and Justice] is the rejection of individual rights in favour of family rights. Abortion is high on the list. It would be banned even in the case of rape. There is speculation that the government is looking at introducing a three-year prison sentence for doctors who perform illegal abortions.

“There will be moves against gender studies in universities and a clampdown against schools that try to offer sex education. Subsidised cultural institutions will be very exposed.”

An early signal was sent in November, when the culture minister tried to ban a “pornographic” production of a play by the feminist writer Elfriede Jelinek.