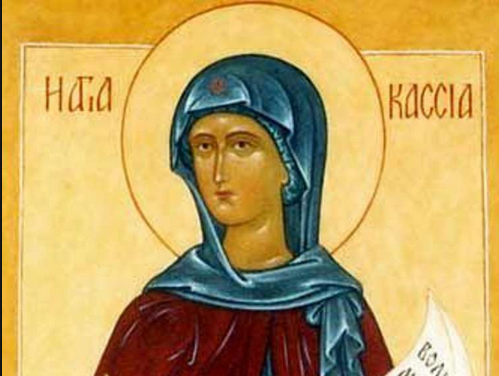 In modern times, we don’t regard female musicians as in and of themselves unusual. Our rosters of favorite rockers, pop-stars, solo singer-songwriters, and what have you might well feature as many women as men — or, depending on the subgenre, many more women than men. But those of us who listen to a great deal of classical music might feel a tad sheepish about how much more heavily male our playlists slant, at least in terms of the composers. For a variety of historical and cultural reasons, the classical canon can feel like a man’s world indeed.

But it doesn’t have to! The Spotify playlist above, “1200 Years of Women Composers: From Hildegard To Higdon,” reveals that women started shaping what we now know as classical music far longer ago than most of us realize. (If you don’t have Spotify’s free software, download it here.) The playlist, which contains over 900 pieces and will take you days to listen to, begins in medieval times with the Byzantine abbess, poet, composer, and hymnographer Kassia (shown above) and ends with female composers from around the world not only living but (especially by the standards of those who write orchestral music) still young, like Misato Mochizuki, Helena Tulve, and Lera Auerbach.

This comes arranged by Spotify Classical Playlists, whose site describes how the playlist offers not just an anthology of women composers, but also “a brief history of western classical music. It’s really fascinating to hear music constantly reinventing itself from the monophonic and deeply spiritual medieval chant of Hildegard [of Bingen] all the way into Higdon’s lush and ultra-modern percussion concerto.” And before you begin this epic listen, bear in mind the quote from Faust that appears there: “Das Ewig Weibliche Zieht ins hinan” — “The eternal feminine leads us upwards.”