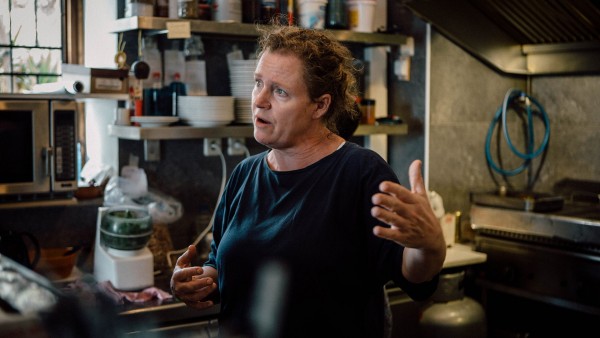 In November 2014 Melinda McRostie was called by the local port police to help some migrants who had washed up on the shore. The first boat was followed by hundreds of others – and, as the thousands of migrants continued to struggle up from the harbour in front of her restaurant, Melinda felt compelled to help. Now she is at the centre of a voluntary relief team based in her village.

Listen to her interview: http://www.bbc.co.uk/