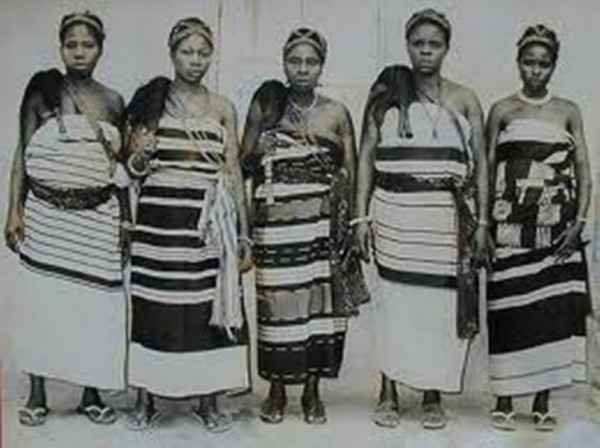 By November 1929, Igbo women in southeastern Nigeria had had enough. From the perspective of the British colonizers, the women became loud, angry, and disruptive. They marched through cities and towns and demanded political leaders to step down. The women took their British rulers completely by surprise. The British were ignorant of the discontent among women that had been building for years, and that had recently bubbled over the surface. They mistook the women’s organized action for spontaneous, ‘crazy’ outbursts.

In 1914, when the British decided to put in place a new political system in Nigeria, they paid little attention to traditional power distributions. The British decided to institute a form of ‘indirect rule’ in which they would control Nigeria through local representatives of their choosing. The British organized Igboland, the area in southeastern Nigeria that is home to the Igbo people, into Native Court areas. These areas were each governed by a Warrant Chief, an Igbo representative that the British had chosen. This new method of governance was starkly different from the Igbo political system. Traditionally, power was diffuse in Igbo communities, with a large group of elders making most decisions. Also, women had had a significant role in Igbo political life. They participated in village meetings, and had very strong solidarity groups. Through women’s kinship networks and market networks, they often organized to use strikes and boycotts to affect political decisions. They were respected members of society, and elder women especially were included in governance. This changed once the British instituted their new political system. Under the new system, Igbo people could no longer choose their decision makers, and were at the mercy of the Warrant Chiefs. Over the years, Warrant Chiefs became increasingly oppressive, and many Igbo people suffered. Women, though, suffered especially because Warrant Chiefs abused their power by confiscating women’s animals and their profit from market sales. Also, women had always been allowed to deny marriage to suitors; warrant chiefs, however, ignored this rule and chose whichever women they wanted as their wives.

Under British rule, the Igbo’s economy became based on palm oil sales. Most people’s main income was from the sale of palm oil and kernels to overseas countries. In 1925, the British administration conducted a census of all men and their possessions. They denied that the information from the census would then be used for tax purposes, but only a few months later the administration instituted a tax on all men. However, despite being levied on men only, women were affected because the tax was high enough that they had to contribute from their income to help their husbands. Later, in 1929, prices of palm oil products fell because of the economic depression. Yet the British administration did not adjust the tax rates and the tax became a huge burden. In addition, rumors began to spread that the British were going to institute a second tax for women. Anger began to rise among women, but the women’s networks decided to wait until further proof of the tax before organizing a campaign against it.

In late October of 1929, an elderly woman named Nwanyeruwa was approached by a census taker. He demanded that she count her animals and her family members. She responded by saying angrily, “Was your mother counted?” Nwanyeruwa was referring to the fact that women were not required to answer census questions, and were not taxed. She left, and went to retell her story to the women’s network in her city of Oloko. Shocked and angered, the three women leaders of this network—Ikonnia, Mwannedia and Nwugo—decided to organize a campaign to ensure that they would not be taxed. They began by sending out palm leaves to neighboring villages in their district. The palm leaves were a symbol of invitation among women, telling them to come to a protest that was being organized at the district’s administration office in Oloko. Each woman who received a palm leaf was told to pass the leaf on with its message to another woman, forming a chain mail line of communication. In early November, the hugely successful protest took place: over 10,000 women congregated outside the district administration office, and demanded that the Warrant Chief of Oloko give them a written assurance that they would not be taxed.

The women sat outside the district office for several days, when, finally, the British offices above the Warrant Chief ordered him to give the women a written assurance that they were not to be taxed. Whether or not the British had ever been planning on taxing the women is unclear, but that they even responded to the women’s demands was a huge victory for the women. Since the British arrival, women had been ignored and abused.

The massive congregation of women outside the district office had taken the officers by surprise, and they were not sure how to handle the women. The Warrant Chief, however, disliked having to respond to the women’s demands. After handing over the written assurance, he re-asserted his power by taking several women protesters hostage and harassing them. News of the harassment spread, and the protest swelled. The campaigners decided to continue their protest outside the district office, now demanding that the Warrant Chief be removed. After two days, the British again acquiesced. Not only was the Warrant Chief removed, he was sentenced to two years imprisonment. The women could barely believe their success. After years of being ignored, the British had been forced to listen to their demands.

News of both the written tax assurance and the removal of the Warrant Chief spread, and soon, women all across Igboland were organizing to make the same demands. The protest had grown from one women’s network in Oloko demanding to not be taxed, to a protest that spanned across two provinces and over six thousand square miles. The goal had also grown: now, not only did women want written guaranties that they were not to be taxed, they wanted corrupt Warrant Chiefs to be removed.

Across Igboland, the campaign began to take shape. The women called their campaign the ogu umunwanye, or, “the Women’s War.” This referred to the fact that women were ‘making war on the men,’ or sanctioning men who had been disrespectful. This practice, which was also called ‘sitting on a man’, was a traditional form of protest among Igbo women. When a man had done something disrespectful, he would be followed everywhere, forced to reflect on what he had done. Women would also burn his hut as punishment. The women saw their campaign as just a larger sanctioning of the Warrant Chiefs who had mistreated them. And so, in each village and city where women would gather to demand a written no-tax guarantee and the removal of the Warrant Chief, they would follow a similar pattern of behavior. The women would come dressed in traditional warrior clothes: they would wear only loincloths, and have they faces smeared with paint. They would also have their heads wrapped in ferns, which was a war symbol for the women. They would be carrying sticks with leaves of young palms wrapped around them, meant to invoke the power of their ancestors. The women would chant traditional war songs, and participate in dances. They also followed the Warrant Chiefs everywhere, day and night, singing loudly and effectively disrupting their daily routines. The women were forcing the Warrant Chiefs to pay attention to them and to meet their demands. The campaigners also burned down several district offices, as an extension of the practice of burning down a man’s hut.

The British administration, completely unaware of the reasoning behind the women’s behavior, took them to be raucous savages. As the protests grew, British officers became more agitated. By mid-December, police officers and troops were called in to deal with the situation. Although the women had been steadfastly nonviolent, police were ordered to shoot into crowds. Over 50 women were killed, and 50 more were wounded. The British administrators made it clear that they would not hesitate to use more violence if the protests did not disperse. The campaign was forced to come to a halt. Yet the women had still managed to gain significant victories before the British administration turned to violence. During the month long protest, several Warrant Chiefs stepped down or were removed because of the constant pressure and nonviolent harassment they were receiving from the women. Also, most campaigns had managed to receive written assurances that they would not be taxed. Perhaps more importantly, the women had forced the British administration to take them into account for the first time. The women’s war forced the British to reconsider the Warrant Chief system, and in 1933 a new political system was put in place. Under the new system, Warrant Chiefs were replaced by ‘massed benches’, with several judges convening to make decisions. Not only could villages choose how many judges they wanted on their ‘bench’, they were responsible for making the judge selection. The Igbo people had regained some of their power to self-govern. The Women’s War had sparked this change, just as it later inspired many other important protests, like the Tax Protests of 1938, Oil Mill Protests of the 1940s, and the Tax revolt 1956. The Women’s War had convinced Igbo women and men of the power they held to protect their people’s rights. 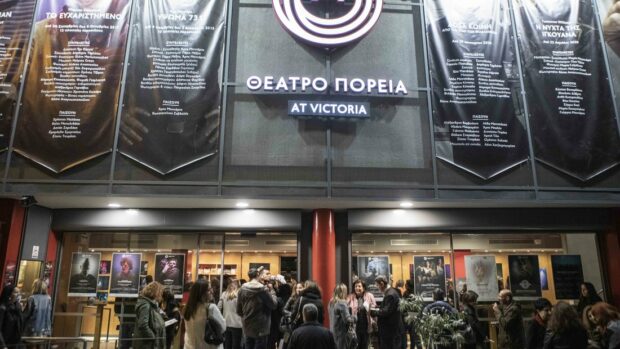