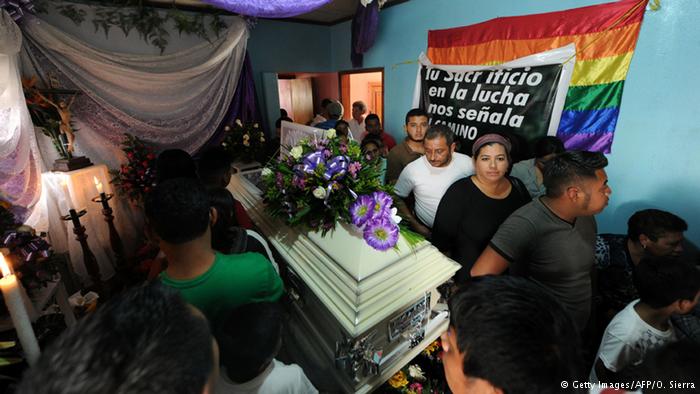 Mourners at a memorial for murdered Honduran activist Berta Caceres have called for justice. There has been international condemnation of her assassination, which followed a series of death threats.

More than a thousand people gathered as the coffin with the body of slain environmentalist Berta Caceres was given to her family at a labor union headquarters in the Honduran capital, Tegucigalpa, on Friday.

Calling for “justice,” the mourners demanded an investigation into her murder.

There was a demonstration on Thursday following the news that Caceres had been shot dead in her home in the early hours of the morning at her home in La Esperanza, in the west of the country.

Caceres led the indigenous Lenca people in a fight against the building of a hydroelectric dam project that would have flooded large areas of native lands and cut off water supplies to hundreds of people. She was awarded the 2015 Goldman Environmental Prize, the world’s top award for grassroots environmental activism.

The 44-year-old mother of four had received numerous death threats. Her family has accused the authorities of trying to mask her death as a random murder. They insist that she was assassinated because of her activism against environmental destruction by large mining and hydroelectric companies.

The Civic Council of Indigenous and People’s Organizations (COPINH), which Caceres founded, said other members had received death threats from self-described hitmen allegedly hired by energy company DESA, whose hydroelectric project the group is fighting.

“In the past six months, Berta had been the target of constant, intensifying threats, shots fired on her car, and verbal and written threats from the army, the police, the mayor (in the project site) and DESA,” the organization added.

There has been strong international condemnation of the murder, and the US government on Friday called for a thorough investigation into her death: “The United States condemns the murder of civil society activist Berta Caceres and calls upon the Honduran government to conduct a prompt, thorough, and transparent investigation and to ensure those responsible are brought to justice,” a State Department release said.

“We offer our sincere condolences to her family, friends, and the people of Honduras, who have lost a dedicated defender of the environment and of human rights. We offer again the full support of the United States to help bring the perpetrators to justice.”

A coalition of more than 40 human rights groups from across the Americas called for an “independent, impartial” investigation into the killing.

Caceres’ funeral is to be held in La Esperanza on Saturday. Activist groups said their members would march at the burial to demand justice.