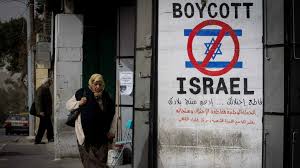 Belated post of Palestinian Women’s call of March the 8th
On the occasion of Palestinian women’s celebration of 8th of March, the International Women’s Day, we the undersigned, Palestinian women organizations, centers and groups, call upon all women and feminists of the world, as well as women’s organizations and collectives, to endorse the BDS Call issued by Palestinian civil society in 2005 and join to the BDS movement to support our struggle for freedom, justice and equality.

The Israeli regime of occupation, settler-colonialism and apartheid has for decades denied the Palestinian people our inalienable right to self-determination, including through its:

Palestinian women have borne the brunt of these Israeli violations in every sphere. Our very giving of life is regarded as a “demographic threat.” Some prominent Israeli figures have openly called for killing us en masse or raping us. We are deprived of our right to family reunification.

We are subject to humiliation and harassment at military checkpoints, where some of us have been forced to give birth without any medical attention. Some of our sisters, including a representative in the Palestinian Legislative Council,are incarcerated in Israeli jails,

Israeli policies aim to inhibit our participation in the cultural, academic and economic spheres and to undermine our active and proud political contribution to our people’s struggle for liberation.

As indigenous women, our vision of freedom is inclusive. We aspire to and work for gender equality and against sexism in our society, while simultaneously resisting Israel’s occupation, racism and violations of our rights under international law.

Since the UN Security Council Resolution 1325 has upheld the rights of women and girls and called upon all parties to armed conflict “to respect fully international law applicable to the rights and protection of women and girls, especially as civilians, in particular the obligations applicable to them under the Geneva Conventions of 1949 and the Additional Protocols thereto of 1977, the Refugee Convention of 1951 and the Protocol thereto of 1967, the Convention on the Elimination of All Forms of Discrimination against Women of 1979 …”

Since UNSCR 1325 “Emphasizes the responsibility of all States to put an end to impunity and to prosecute those responsible for genocide, crimes against humanity, and war crimes …”,

Given Israel’s commission of serious violations of international law, including ethnic cleansing, siege, construction of colonial settlements and walls, denial of refugee rights, some of which amount to war crimes and crimes against humanity,

Given that all forms of international intervention have until now failed to compel Israel to comply with its obligations under international law or to end its violations of Palestinian rights,

In view of the fact that people of conscience in the international community, particularly women, have historically shouldered the moral responsibility to fight injustice, as exemplified in their struggle to abolish apartheid in South Africa through diverse forms of boycott,

Given that the General Union of Palestinian Women and all the main Palestinian women associations have participated in launching the BDS Call in 2005,

Given the growth and effectiveness of the BDS movement worldwide in challenging Israel’s impunity and international complicity in Israel’s regime of oppression,

Recognizing the fast growing support for the international, Palestinian-led Boycott, Divestment and Sanctions (BDS) movement for Palestinian rights, including from the Women’s International Democratic Federation (WIDF), the Euromed Feminist Initiative (EFI-IFE) and the National Women’s Studies Association (NWSA) in the U.S., among others,

In the spirit of an inclusive feminist vision that struggles for racial, social and economic justice, and is in solidarity with indigenous peoples and sovereignty rights globally,

In the spirit of moral consistency and resistance to injustice and oppression, including the oppression of women, 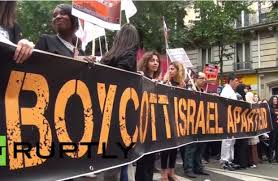 We call on all women and feminists around the world to stand on the right side of history and join our BDS movement.

Justice is always a feminist agenda.