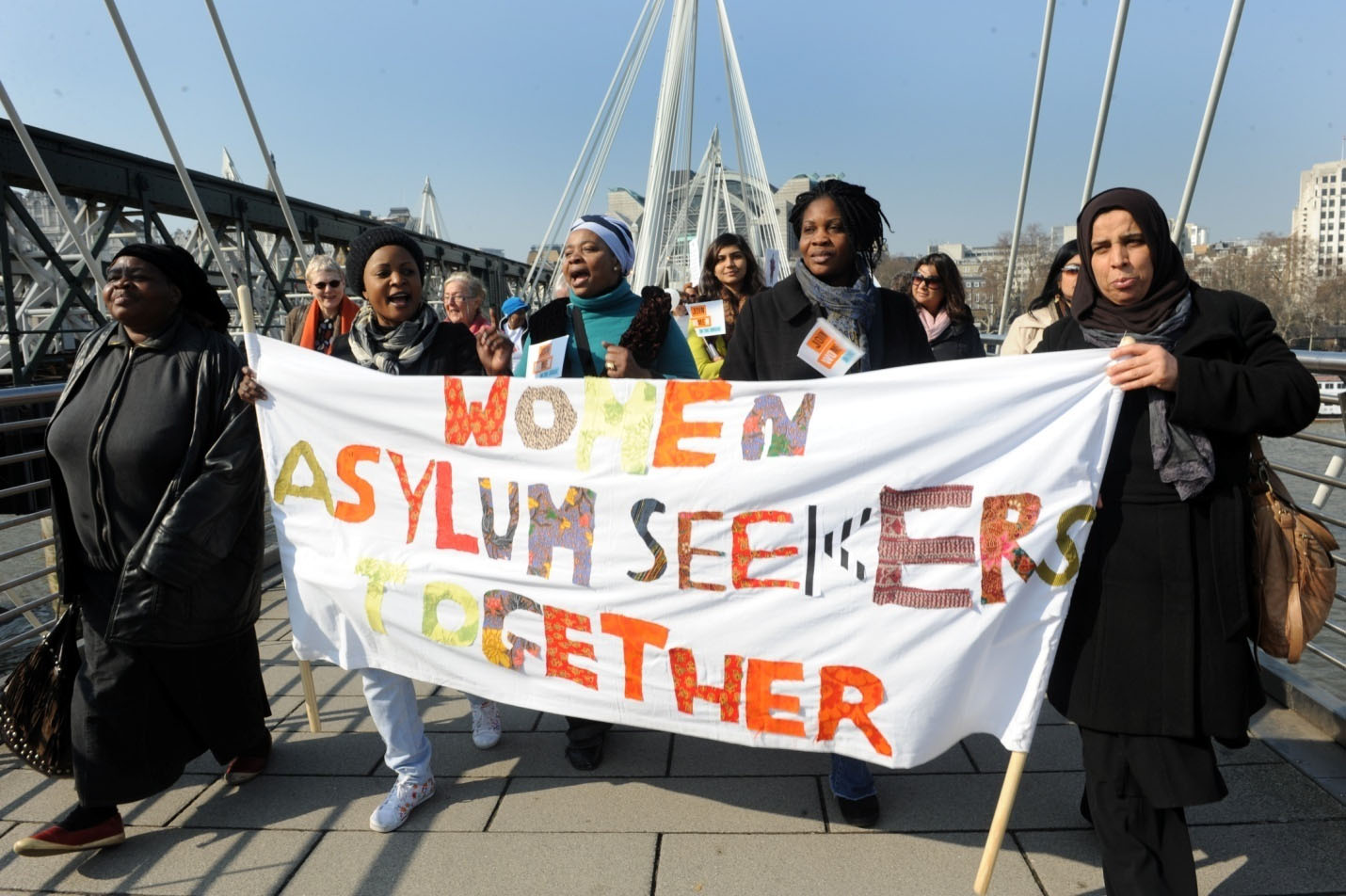 We publish underneath the leaflet we issued for the information of women refugees/immigrants for the right to asylym. We have already presented it a few days ago at a refugee women’s meeting which we organised in a refugee shelter as well as in a few other occasions. We note that it is the only leaflet circulating in Greece, as far as we know, which includes issues of gender violence as a reason for asylum. We circulated it in Greek and English, to the refugees of course mostly in English, and we plan to issue the same leaflet shortly, in the languages Arabic and Farsi. We have also sent it to certain solidarity people outside of Athens, and we plan to circulate it in all places in Greece sheltering refugees, with the assistance of solidarity people and groups. The Greek leaflet is posted in the Greek language of our electronic feminist newspaper. We call on any friends from the different places of Greece wish, to print it and circulate in their areas. We are going to post it also in the form of doc, so that anyone can print it in its original form. 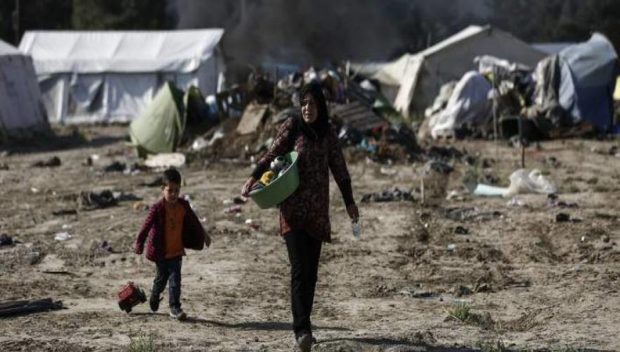 Right for international protection (asylum) and information for gender violence

The feminist collective TO MOV http:tomov.gr welcomes refugees/immigrants in Greece and issues this useful leaflet, aiming to inform more particularly the women on the general questions of asylum and on those concerning questions of gender violence.
▶ You have the right to ask for international protection (asylum) in Greece if you fear persecution on grounds of race, religion, ethnicity, participation in particular social group or political views or if you are in danger to suffer severe harm in your country of origin or previous residence, particularly because you are in danger of death penalty or execution, torture or inhuman or degrading treatment, or your life or integrity is in danger due to war or civil strife.
▶ Among the reasons for the recognition of refugee status are now included persecution due to gender or specific persecution due to gender. The first is documented in the experience of women who are persecuted because they are women, the second includes all forms of violence and mistreatment suffered specifically by women. Persecution due to gender may include acts of sexual violence, family violence, genital mutilation, punishment for violation of social ethics and discriminatory treatment due to homosexuality or gender identity.
▶ If you are victim of torture, rape or other serious acts of violence, you must tell the authorities in order to receive assistance. You may ask to communicate with the UN High Commission for refugees or with an organisation offering legal, medical and psychological assistance.

Asylum protects you from the danger or return/deportation in the country of your origin or of previous residence. The recourse to the process of international protection is free of charge.
In order to ask for asylum you must submit an application for international protection personally, by visiting the Regional Asylum Offices or the Special Units. You may also submit an application for the members of your family, if they are together with you in Greece and they so wish. Moreover, for you who wish to submit an application for internatinal protection and are under the competence of the Regional Attica Office for Asylum and even more for you who are in difficulty to visit due to the distance of your residence from Attica find it difficult to ask for service through the typical process for the submission of your application, there is a possibility to arrange an interview through the internet application Skype (directions at http://asylo.gov.gr/?page_id=1196). Asylum Service will give you a date for interview and you will receive a bulletin of applicant for international protection which may have a duration up to six months. You must always carry this bulletin with you. 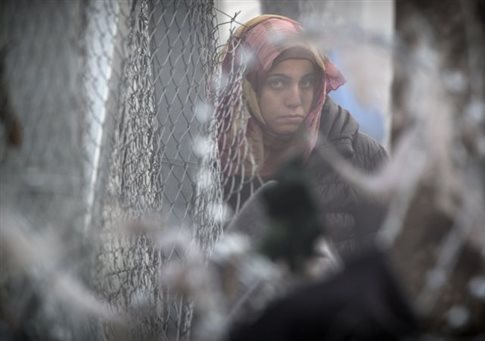 Unfortunately, at the moment the recourse to the asylum process is extremely difficult and the problem has assumed eruptive dimensions. Asylum Service in most cases insists on not accepting the submission of demands on a personal presence and suggests making an appointment for registering the demand through skype. We are aware though, that access even in this way is very difficult and in the last analysis may deprive refugees from recourse to asylum.
During the proecess you have the right to ask for assistance of a lawyer or other councillor of your choice (without the mediation of Asylum Service). If you wish, you may be given brief time for appropriate preparation for the interview and take advice from a lawyer of other councillor who will assist you during the process.
▶ If you are a woman, you may ask for your interview to be taken by a woman employee of the Asylum Service and a woman interpreter, if they exist. In any case, you may ask for the interview and the interpreting to take place from an employee of the gender you choose, if they are serious reasons for this. Your request will be evaluated by the Service.
▶ If you ask for international protection in Greece, you have the right to remain legally in Greece until the final decision about your application. Also, you will have the right to shelter, access to work and medical care and education (for your children). The possibility of the Greek state to safeguard the right to shelter is quite limited and is given mostly for vulnerable groups (minors, disabled persons etc.).
▶ If you are recognised as refugees, you will be given residence permit and you will be able to remain legally in the country. You will also have the right for acces to employment (work permit), medical care and education (for your children). Nevertheless, the Greek state will not safeguard employment for you, thus you have to search for employment yourself.
▶ If you are recognised as political refugee, you will also have the possibility to receive travel documents and you have the right to travel to any country of the European Union (as well as in Switzerland, Norway, Iceland and Lichtestein) and remain in that country for up to 3 months. Usually you cannot stay permanently in another country. 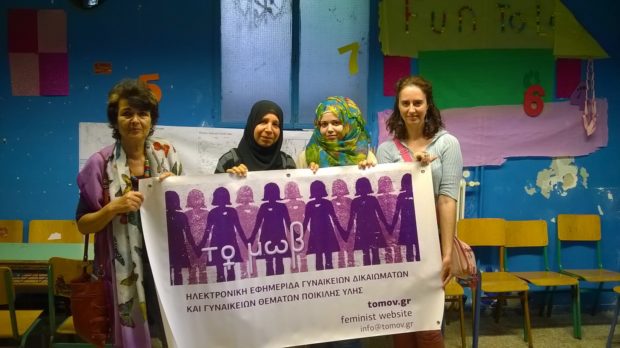 For any of you who arrived in Greece after the 20th of May 2016, it is possible, on the basis of what is valid until today, that your application will be examined in quick process. It is important for you to ask for legal aid, as this is your right.
For any of you who have relatives in other European countries, there is a process for family reunification on the basis of the Regulation Dublin III. Thus, anyone may ask to go to another european country where a relative, who is recognised as refugee or has asked to be recognised is living, in the following cases: 1) non accompanied minors/underage with their parents, their brothers and sisters, their uncles and aunts and their grandparents. 2) spouses between them and 3) parents with their underage/minor children.
Since 2015 there is a programme for relocation of asylum seekers from Greece to other countries of the European Union. This process concerns citizens from Syria, Iraq, Erythrea, the Centroafrican Republic, Burundi. You have no right to choose the country where you will relocate. Once you are established finally to a country in which they have sent  you, your asylum aplication will be examined by this new country. In order to enter the process of relocation, you must submit an application to the Asylum Service. Unfortunately, though, the number of people who have been up to now relocated to other European countries, is small. 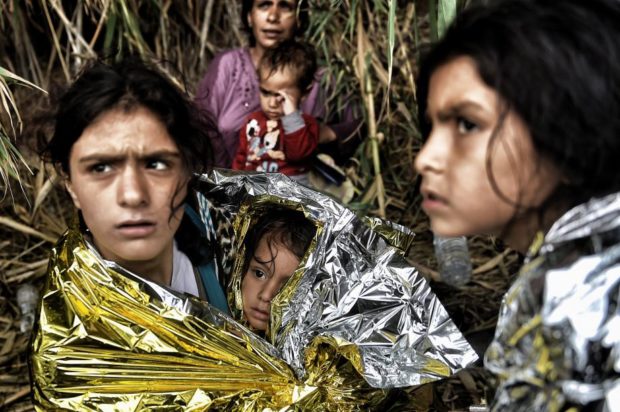 At this moment there is no possibility for you to move legally to another country of the EU (except on the basis of processes described above) and this will possibly last for a long time.
Information presented in this leaflet is based on the current legislation. We denounce the difficult access to asylim and effective international protection for the refugees, as well as the inhuman agreement between EU-Turkey of 20th March 2016, which violates human rights of refugees, and we fight for its abolition. The basic sources for the leaflet are the Information Bulletin of the Committee for Refugees and Migrants of the Bar Unions of Greece, the website of the Asylum Service (http://asylo.gov.gr) and the website of the campaign for asylum access (http://asylum-campaign.vlogspot.gr). More from the Asylym Service in many languages: http://asylo.gov.gr.  We have added elements related to issues of gender violence. 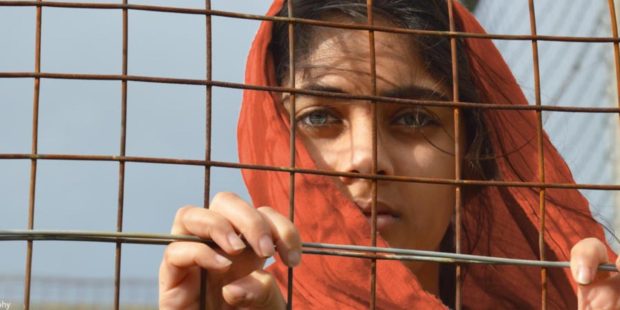 ▶ Women are often subjected to gender violence (which is one of the reasons for granting asylum) either in their own country, or as they travel for seeking asylum. In Greece there are some structures for  the issue of gender violence, concerning all women, therefore also women asylum seekers. The following services have a 24hour function and communication at least in Greek and English: 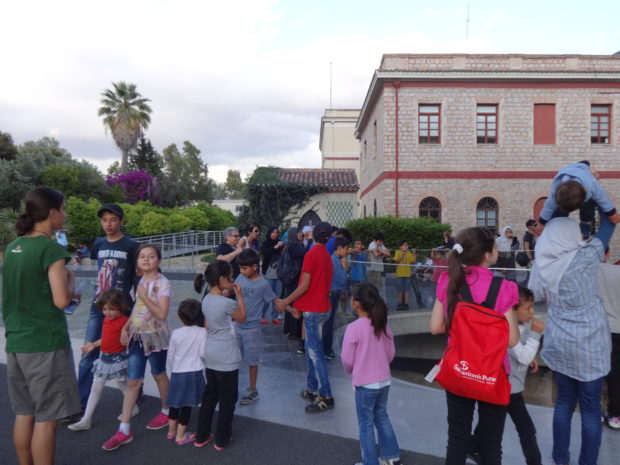