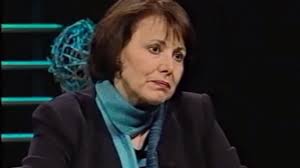 Campaign run by Women in Black

The renowned Canadian-Iranian anthropologist, Professor Homa Hoodfar, has been arrested in Iran and has not had access to her lawyer, family members or to needed medical care.

In early March just before her scheduled departure from Iran, the Counter Intelligence Unit of the Iranian Revolutionary Guard raided Prof. Hoodfar’s residence, and confiscated her personal computer, phone, and passports. After summoning her for several long interrogations, just before the Iranian New Year they released her on bail but denied her the right to leave the country. Since then, Prof. Hoodfar has been subject to more than ten grueling interrogations without the presence of a lawyer. Her academic research seems to have been interpreted as a threat to national security on the basis of her comparative research on women’s status, law, development, and the family in different Muslim contexts. After she was called for yet another interrogation on Monday, June 6th, she was incarcerated at the notorious Evin prison in Tehran.

Prof. Homa Hoodfar had traveled to Iran in February 2016 to visit family as well as to access the archives of the Iranian parliamentary library for an historical book project. Her detention by the Iranian Revolutionary Guard is a clear violation of her right to academic freedom, a right that is also recognized by the Islamic Republic of Iran. For the past three months, the Counter Intelligence Unit of the Iranian Revolutionary Guard has repeatedly sought to build a case against her, with no evidence presented thus far. The authorities have not specified the charges against Prof. Hoodfar. Throughout this entire ordeal Prof. Hoodfar’s health has drastically deteriorated, as she has been increasingly suffering from blackouts. Prof. Hoodfar suffers from a neurological condition (Myasthenia Gravis-MG) that requires specialized medical care and she suffered a minor stroke last year. Since her detention at Evin prison, where she is currently being held, she has been denied access to medical care and to her medications.

In addition to her long tenure as Professor of Anthropology at Concordia University since 1991, Prof. Homa Hoodfar is also a member of numerous professional international academic associations. She has published extensively on diverse topics including poverty, development, women’s labor force and political participation, family law, and refugees in many different countries in the Middle East, Canada, and South Asia. She is known for highlighting Muslim women’s ability
to realize their rights within an Islamic framework, and for her critique of essentializing Western stereotypes about veiling. It is not clear what charges the Counter Intelligence Unit of the Iranian Revolutionary Guard might bring against her. Any accusations against Prof. Hoodfar are undoubtedly based on a fundamental misinterpretation of the nature of her ethnographic research which has never been a threat to the Iranian regime. Instead, her arrest points to a renewed campaign to target and intimidate other scholars writing about Iran.

As a concerned group of international academics and intellectuals, we respectfully call for the Iranian government to release Prof. Hoodfar immediately and allow her to return to Canada for medical treatment.

Prof. Hoodfar has a number of ongoing academic obligations in Canada, including graduate students who depend on her guidance to complete their degrees.