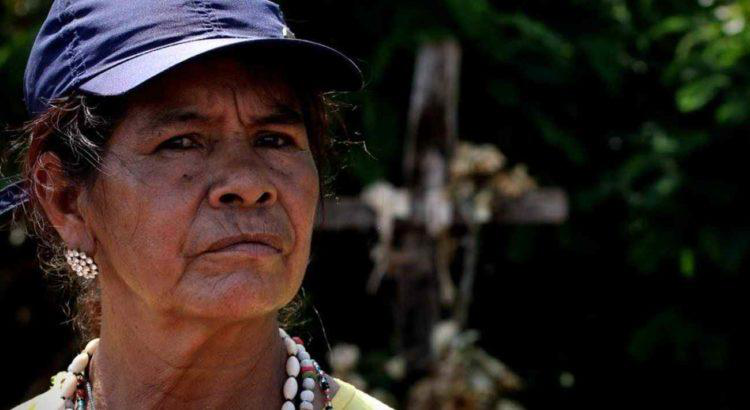 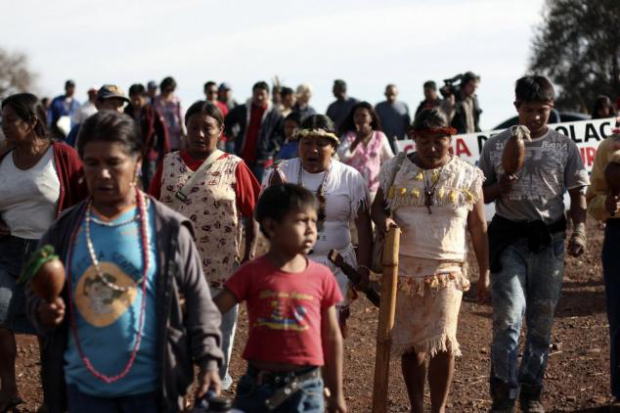 Statement of the Secretariat of WORLD MARCH OF WOMEN

LEAVE APYKA’I COMMUNITY TO LEAVE IN PEACE
One of the most vulnerable Guarani Kaiowá communities in the South Mato Grosso State (in Brazil), got a court order from the Judge Fabio Kaiut Nunes, from the first Federal Vara from Dorados. In 24hs they must be evicted from their Tekoha (their land, the place “where we are what we are”). The Judge authorized the massacre and genocide (extermination) of Apykai’s survivals. Doña Damiana, historic Tekoha leader, who lost all her family members in the struggle of resistance for their native lands, says: Nobody is leaving here.

The judicial decision was favorable to the owner of the farm Serrana, Cásio Guilherme Bonilha Tecchio, who rents the area to the plant São Fernando, owned by José Carlos Bumlai, who is under arrest since 2015 because of the Lava Jato Operation.

It is decades since they live in the ditch of the road, suffering the attacks of the private security companies, bearing the fire of their barracks under the command of rural producers, drinking water from rivers contaminated by pesticides… Apyka’I can be considered an example of the genocide that the indigenous peoples in Mato Grosso do Sul suffer. Several people have been killed, run over by cars, or poisoned by pesticides in the plantations that surround the area. Despite this, the Guaraní Kaiowá peoples resist bravely to the permanent attacks of the agribusiness supported by the Judicial System.

Therefore, we, as the World March of Women, from Brazil and from all over the world, denounce one more time the genocide of the originary peoples, demand the immediate delimitation of their lands in the State of Mato Grosso do Sul (and in the rest of Brazil) and, with sadness and outrage we demand the Supreme Court to revoke the request to abolish the right to land of the Apyka’I people.