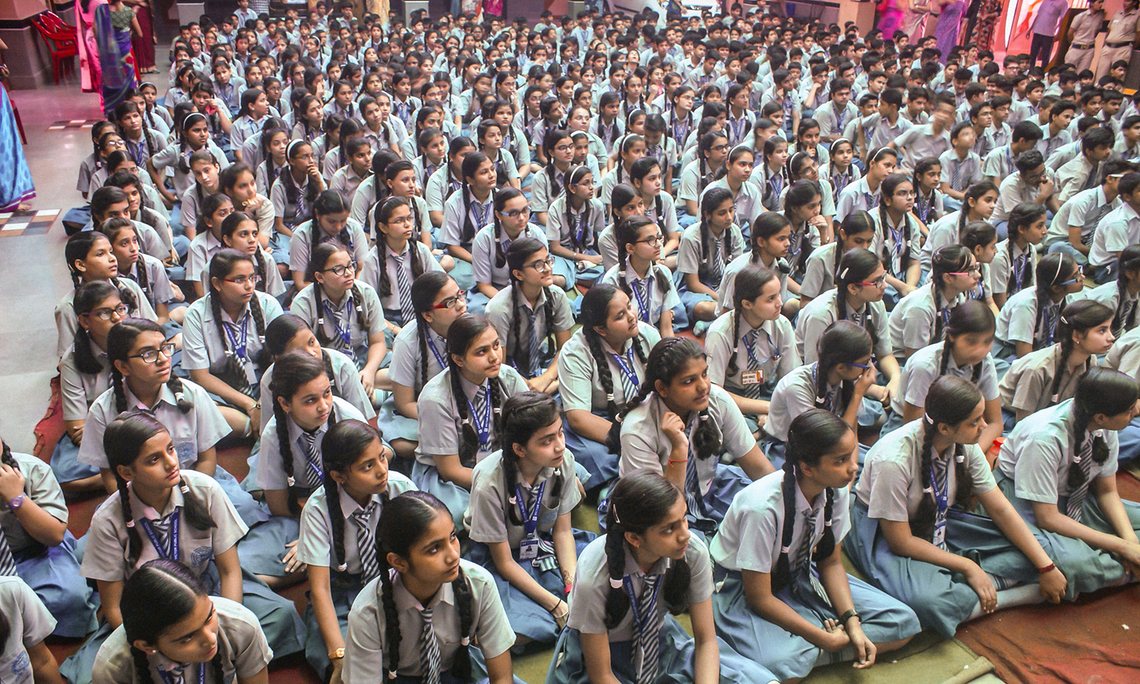 Half of the student population in India’s capital suffer abuse, a taboo subject in many homes. Now police are visiting schools to encourage children to report it.

In the cavernous assembly hall at Victor public school in the Delhi suburb of Shahdara, hundreds of pupils sit cross-legged on the floor to watch a story about seven-year-old Komal.

Komal’s parents become friendly with a new neighbour. He treats her affectionately and her parents tell her to call him Bakshi Uncle. He gives her sweets. He plays hide-and-seek with her. Then he plays another “game” that leaves her feeling dirty. The video concludes with an explanation about the difference between “good” and “bad” touches.

Two female police officers then talk to the children about sex and sexual abuse.

The session is part of Project Nirbheek (meaning fearless in Hindi), launched in 556 schools in the north-east district of the city in August last year to raise awareness of child abuse and give youngsters a safe environment in which to speak out.

As well as the video and weekly visits by police officers, children can confidentially post any experiences of abuse or concerns they have in dropboxes installed in each school.

India has laws against child abuse, but implementation and knowledge of them are problematic.

“I realised we had to take the law into the classroom and create an atmosphere that allows children to invoke the law, otherwise the laws are pointless,” says the deputy commissioner of police, Veenu Bansal, who devised the project.

In the first six months, the police received more than 5,000 written and verbal complaints of abuse. Encouraged by the overwhelming response, Delhi police extended the programme to all schools in the capital.

“For the first time, children have a non-frightening way of reporting abuse in the familiar environment of school,” says Mukesh Kumari, one of the police officers visiting Victor public school.

Many of the children tell her that they thought adults would punish them if they talked about such “shameful” things. “Even I felt uneasy at first. It’s just not something we Indians talk about,” says Kumari.

During the session, many pupils look embarrassed. “In our house we don’t talk about such things. My father would slap me if I talked about this,” says 12-year-old Neelam Sharma.

But others were less timid. Two girls speak to Kumari and her colleague, Preeti Tomar, to complain about rowdy youths standing outside the school gates as they leave, directing obscenities at them. Another says she doesn’t like the way the auto-rickshaw driver who drives her home insists she sit close to him even when there is space on the back seat.

Across the city, one or two female police officers visit a school every week, wearing a Nirbheek armband. The police have so far interacted with more than 1 million children and installed complaint boxes in more than 1,500 schools.

In many cases, it is relatively easy for the police to take prompt action against the lesser forms of harassment. If it’s a stalker, a visit to his home to speak to his family usually works. An auto-rickshaw driver can be warned. If it’s a teacher, the school authorities act to discipline, suspend or sack him. The more serious cases require a police investigation. The police have filed formal charges in 11 cases of sexual abuse so far in the north-east district alone.

The only statistics on child sex abuse (pdf) in India are from a 2007 government survey that showed half of children under the age of 18 had suffered some form of sex abuse, ranging from rape to fondling and forced kissing.

“I think the 2007 figure is an eye-opener and the actual problem may be much larger,” Bansal says. “From what I see, a very large number of girls face abuse at some stage in their lives. It’s grim. It happens under everyone’s nose. How can we let our girls, one-quarter of our population, be damaged for life by sexual abuse?”

Bansal enlisted the support of the Recovery and Healing from Incest Foundation (Rahi), an NGO that works with child abuse survivors to train police officers. About 500 have been trained so far.

“It has to be handled sensitively because the social and family dynamics can be so complex. They need to understand these aspects because it will shape their response. It’s great that the police are not waiting for cases to be registered but are being proactive,” says Rahi’s founder, Anuja Gupta.

Tomar admits to being deeply distressed hearing some complaints. “A father had been raping his daughter for years. When she told her mother, the mother said, ‘Just the way I’ve tolerated these things, you will have to tolerate it too.’ After the girl reported the abuse through the dropbox, the mother tried to force her to withdraw it but the girl refused,” she says.
In another case, says Bansal, a maths teacher had been assaulting girls for many years, touching them inappropriately when alone in the classroom. After two girls put a complaint in the dropbox, the other teachers sided with him and tried to bully the girls into retracting the allegation. But the police contacted ex-pupils who said they would testify against the teacher even if the two girls retracted their statements. The teacher is in police custody.

The success of Nirbheek in Delhi has come to the attention of Maneka Gandhi, minister for women and child development, and plans are being made to roll it out nationally using e-dropboxes, which will be hosted on the National Commission for Protection of Child Rights website.

Critics, though, say it’s not the police’s job to talk about sex abuse, and argue for sex education in schools.

Sex education is banned in 13 states and non-existent in the remaining 16. Because of ignorance, children usually don’t even know they are being abused. And the cultural pressure to respect and obey older relatives adds to their reluctance to speak out.