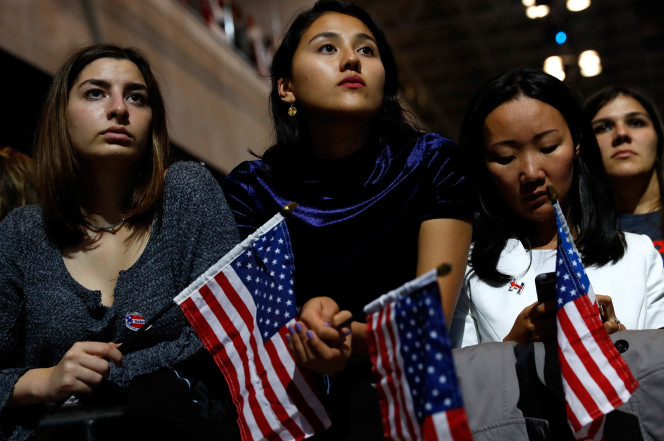 Sorrow and rage after the announcement of the results

More than half of the white women who voted in the presidential election cast their ballot for Donald J. Trump, according to exit poll data collected by The New York Times.

The data indicate how deeply divided Americans are by race and gender: 94 percent of black women who voted and 68 percent of Hispanic or Latino female voters chose Hillary Clinton, but 53 percent of all white female voters picked Mr. Trump.

The data can be broken down further: 51 percent of white women with college degrees voted for Mrs. Clinton, while 62 percent of women without one voted for Mr. Trump, a reflection of his success with working-class whites.

On Wednesday, women of all races were grappling with the findings.

“What leads a woman to vote for a man who has made it very clear that he believes she is subhuman?” Ms. Anderson wrote. “Self-loathing. Hypocrisy. And, of course, a racist view of the world that privileges white supremacy over every other issue.”

For women of color, the difference was stark. On Wednesday, many of those women were hurt, angry and confused.