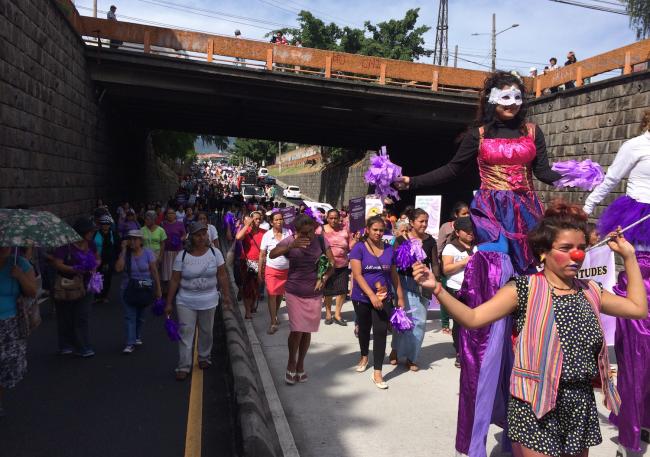 Feminist and social movement organizations march throughout the capital of San Salvador to demand an end to all forms of violence against women. (Photo by Samantha Pineda)

Where miscarrying can mean a life in jail

ON AUGUST 11th Sandra, a 19-year-old Salvadorean, went to her school’s nurse with stomach pains and a fever. She dashed to the toilet. What happened next is disputed. Her lawyer, Bertha Deleon, says she felt a spasm, looked down to see a dead fetus, fainted and woke up in hospital. Police said she gave birth and murdered her baby. According to Ms Deleon, a doctor later concluded that Sandra had been at most five months pregnant and had an infection known to cause miscarriage. Yet she was charged with infanticide.

In most countries where abortion is illegal, only doctors who carry it out are punished. But El Salvador is one of a handful of countries that prosecute women for having them. Between 2000 and 2014 at least 149 Salvadorean women faced related charges; 23 were convicted for abortion and 19 for aggravated homicide. In 2014 the Citizens’ Association for the Decriminalisation of Abortion, a campaign group, petitioned the Supreme Court to free 17 women jailed following reported stillbirths or other complications of pregnancy. (Protesters demanding their release are pictured here.) Three have been freed, though one faces an appeal that could return her to jail. 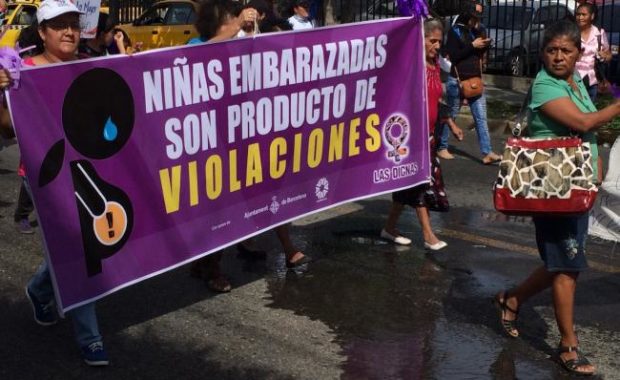 In 1998 El Salvador banned abortion in all circumstances. On paper, Nicaragua’s law is as sweeping—but the authorities do not actually prosecute women. El Salvador’s greater zeal followed the campaign for the 1998 law and a subsequent constitutional amendment that defined life as beginning at conception, says Jocelyn Viterna, a sociologist at Harvard. Feminists decided not to fight the law, she says, but to focus on issues such as sex education and access to contraception. With no opposition, pro-life groups decided to continue campaigning, this time to see the new law enforced.

Clandestine abortions are tricky to prosecute. Unless a woman becomes unwell afterwards, the procedure is easy to keep secret. So women arriving in hospital after obstetric emergencies have become the main targets. Doctors seeking to avoid charges of assisting a crime report them on suspicion of abortion. Prosecutors sometimes substitute charges of infanticide. “They arrive at the doors of the hospital bleeding and in pain,” says Sara García of the Citizens’ Association. “And instead of receiving medical attention they are handcuffed and accused of murder.” 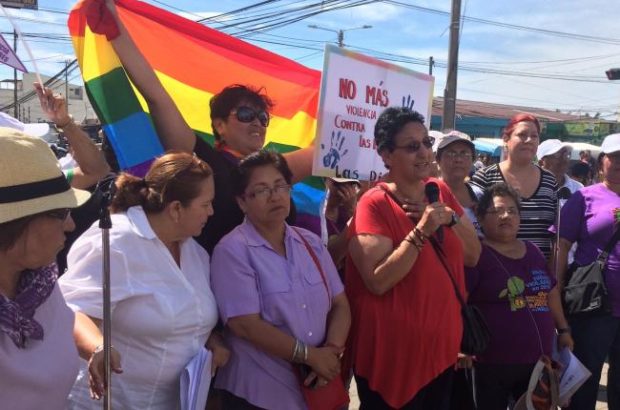 The campaign to free the 17 women—nearly all poor, uneducated and from rural areas—has sparked debate in a broadly anti-abortion country. Last month the governing left-wing FMLN party proposed decriminalising abortion in cases of rape and statutory rape, or when pregnancy threatens a woman’s life or the fetus has no chance of surviving outside the womb. But reform of the law looks unlikely. In July the conservative opposition ARENA party argued for increasing the minimum sentence for abortion to 30 years.

The official autopsy of Sandra’s baby was released on September 23rd. Doctors determined that it had no brain. Prosecutors dismissed murder charges against the teenager, who was facing 40 years in jail. Nevertheless, says Ms Deleon, her school’s head teacher has refused to let her attend graduation because she “set a bad example”.

Photos are from mobilisations in August 2016