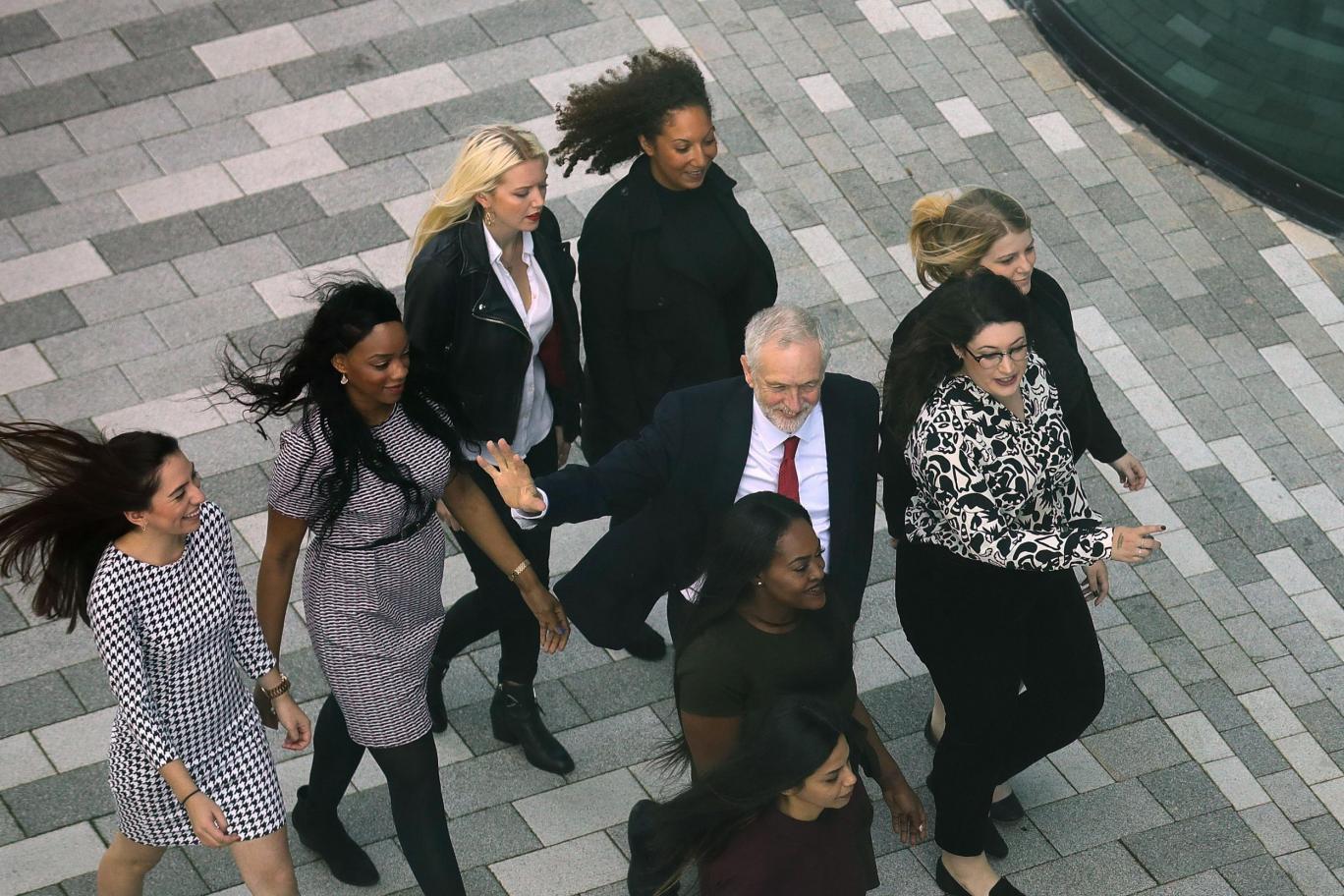 Labour leader Jeremy Corbyn is pledging to fully sign the UK up to an international convention a guaranteeing standards of care and support for domestic abuse victims.

In a speech he will say a future Labour government will ratify the Istanbul Convention and will also promise to do more to bridge the pay gap between men and women.Marking International Human Rights Day, Mr Corbyn will say: “We will put women’s rights and freedoms, human rights, at the heart of our programme for government.

“In Britain, under this Conservative administration, a historic international treaty which sets legally binding standards to prevent and tackle domestic abuse remains nothing but a piece of paper.

“I pledge that a Labour government will ratify the Istanbul Convention and put it into effect, giving all survivors of domestic abuse the right to access to the specialist services they need to rebuild their lives and live in safety.
“Labour in government will change the law to make equal pay subject to external audit or payroll inspection. That will work for women, whether in the professions or on the shop floor. We cannot carry on accepting the yawning gap between men and women’s pay.

“And a Labour government will ensure there is a legal right to time off for equalities reps in the workplace who play a crucial role in making equality legislation stick.”

The Istanbul Convention, otherwise known as the “Convention on preventing and combating violence against women and domestic violence” was opened in 2011. It has been signed by the UK but not ratified by it.

Countries who are party to the convention include France, Spain, Sweden and the Netherlands.

Mr Corbyn will also insist a Labour government will wage war on misogyny, promising to “measure every piece of legislation, and every policy, by the yardstick of its impact on women before it is brought before Parliament and put into practice”.

“If it works against women, it will fail that impact test,” he will say.
The Labour leader’s pledge comes a month after a coalition of women’s organisations called for the Government to end its “gender blind” approach to policymaking.

Research by the 13 women’s groups including the Women’s Resource Centre, Rape Crisis, Women’s Aid and the Fawcett Society, determined that the current approach was creating “unfair and discriminatory” policies.

On the contrary, antifeminist ideas were proposed by conservative MP Philip Davies, as published by The Independent, 16-12-2016

An anti-feminist Conservative MP has spoken for over an hour against a domestic violence bill, in an attempt to block it.

Philip Davies MP told parliament that focus on violence against women but not men is ‘discriminatory’. He added that attempts to prevent domestic violence are “political correctness” and “sexist against men”. His speech lasted for close to an hour and a half, in an apparent attempt to filibuster the bill by making it run out of time.

Survivors of domestic abuse who were present in the chamber, in a gallery above MPs, stood up and turned their backs while Mr Davies was talking by way of protesting his actions, victims’ groups said.

While addressing the chamber, some MPs in the benches opposite laughed in disbelief, while his Conservative colleagues on the benches next to him turned away in apparent embarrassment.

SNP Eilidh White House, who brought the bill before parliament, issued a statement after the vote accusing Mr Davies of acting like “a panto villain”.

MPs were debating whether to ratify the Istanbul Convention, an international treaty on domestic and sexual violence, which would improve protection and welfare provision for victims of domestic violence. SNP MP Eilidh Whitehouse brought the issue as a Private Member’s Bill. It was initially approved by the government in 2012 but has failed to make it into law in the four years since.

If passed, the bill would require the government to put forward an official timetable to ratify the Convention as it agreed to in 2012.

Mr Davies, who represents the Shipley constituency, was last week elected to the Women and Equalities Committee. He is a long standing and vocal critic of women’s rights, saying not enough focus is put on men’s rights in law and politics.