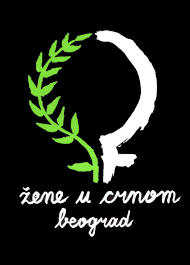 On December 14th 2016 Court in Belgrade acquits Radomir Pocuca for threats and endangering safety of Women in Black activists.

Radomir Pocuca in March 2014th urged hooligans to attack activists of Women in Black during their street action. At that time Pocuca was a high official of Anti-Terrorist Unit of Serbian Police. When the case was brought to Court, he escaped in Russia, where he was for 18 month.

His defense was based on freedom of speech. Pocucas explicit and brutal call for violance was presented as a „normal“ opinion, which he practiced freedom of speech. Second argument of his defense was „extreme stances“ of Women in Black. As his lawyer said „anti-militarisam, feminism, insisting on war crimes prosecutions…are extreme stances and someone who promote them can expect extreme answers“.

With a lot of anxiety we have received the fact that the court accepted these arguments and with this verdict, made them an official policy.

This decision represents an encouragement for anyone who wants to commit violence, verbal or physical, towards human rights activists.

It is also a message to all state institutions, the police, the courts how to deal with similar cases.

This verdict is a confirmation of what we were fairly confident, taking into account the intensification of attacks on activists in the last 3 years, and the absence of state response. Serbian authorities are the most responsible for this situation.

For all future attacks we will considered Serbian government led by Prime Minister Vucic, as directly responsible.

At the same time Women in Black will continue, by all legal means to seek justice and punishment for attackers on human rights defenders.