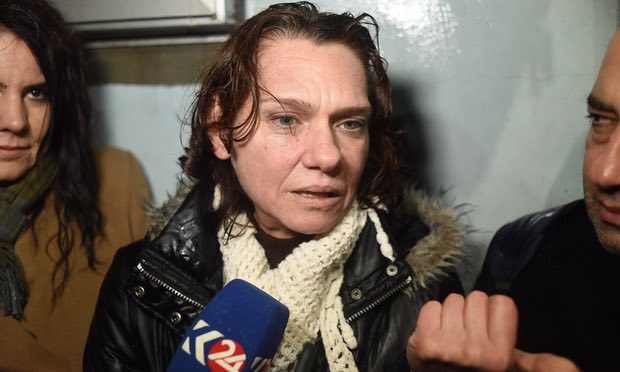 Asli Erdogan, along with Necmiye Alpay and Zana Kay, freed on first day of their trial in Istanbul on terrorism charges.

A court in Istanbul has ordered the release of an award-winning Turkish novelist along with two others after more than four months in jail, while a prominent journalist has been arrested in a separate case.

Asli Erdogan, along with linguist Necmiye Alpay and Zana Kaya, editorial director of a pro-Kurdish newspaper, were ordered to be released on Thursday, the first day of their trial on terrorism-related charges.

The three are, however, barred from leaving the country, with the next hearing scheduled to be held on January 2. The detention of one of the defendants was extended.

Alpay and Erdogan both pleaded “not guilty”.

Erdogan and eight others, some of whom face possible life sentences, have been charged with membership in the banned Kurdistan Workers’ Party (PKK), which Turkey and the US consider a terrorist organisation.

She worked for a pro-Kurdish newspaper, Ozgur Gundem, closed by authorities.

Photo from The Guardian. Asli Erdoğan speaks after being released on probation. Erdogan is among journalists and intellectuals detained on charges of terror propaganda on account of her links to a pro-Kurdish newspaper. Photograph: Depo Photos/Rex/Shutterstock