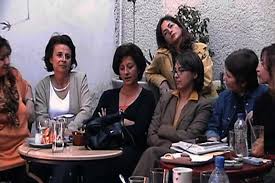 We, women’s organizations from across the island, endorse this declaration, and express our full support for the peace process and the negotiations to take place in Switzerland beginning January 9th 2017. Furthermore, we demand:

That women be included in the negotiations and the drafting of the federal and constituent states’ constitutions. Research has shown that if women are at the table, the chances of a settlement and its endorsement and sustainability are greatly increased.

Constitutional provisions to allow the inclusion of women in the decision making processes, e.g. quotas to ensure women’s equal access and full participation in the executive, legislative and judiciary levels, at federal, constituent state and local authority levels. There must also be mandatory regular systematic reviews regarding implementation of policies and legislation and the introduction of gender mainstreaming mechanisms.

That federal infrastructures such as a Gender Equality Federal Department be created where the focus will be the empowerment of women through leadership and training.

That more is done in terms of education in gender equality in the public school system with emphasis on deconstructing stereotypes and eliminating gender-based violence as well as promoting peace education including conflict resolution and reconciliation, elimination of violence and deconstruction of military images and mentality. Emphasis on human security requires that new images and symbols of peaceful coexistence are introduced in the curricula as well as accounts of women’s contributions to culture and society.

Allocation of existing resources for policies and actions promoting gender equality as well as for peace building and legislation that allows for the economic and professional empowerment of women, such as equal pay, an extended maternity leave, paternity leave etc.

That the two communities make public apologies to each other for past violence and that new historical and cultural narratives are encouraged that emphasize our common history, struggles and common future, fostering a culture of forgiveness and an inclusive civic identity.

That men be actively encouraged to be involved in the implementation of the above processes.

Signed by Women’s organizations and individuals