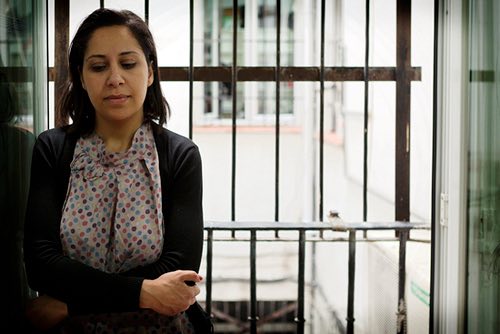 The Egyptian women’s group Nazra for Feminist Studies, headed by Mozn Hassan, is among those affected by a government crackdown on civil society. Photo: Courtesy Mozn Hassan

An Egyptian court has upheld an earlier ruling to freeze the assets of three prominent rights activists, the latest chapter in a widening government crackdown against civil society groups.

The verdict targeted Mozn Hassan and her organisation, Nazra for Feminist Studies, as well as Mohammed Zaraa and Atef Hafez, both of the Arab Organisation for Criminal Reform.

The freezing of their assets and those of five other rights campaigners in September is part of a wider case against at least a dozen rights groups that started in 2011 and was revived in 2015.

The eight face allegations that they illegally obtained foreign funds subsequently used to destabilise Egypt. They are being investigated under case 173/2011, which began six years ago and targets local and international NGOs. In 2013, 43 NGO employees were convicted as part of the investigations.

Another prominent women’s human rights defender, Azza Soliman, the founder of the Centre for Egyptian Women’s Legal Assistance, received a travel ban and had her assets frozen in November. She was arrested in December.

The inquiry into Hassan – the founder of Nazra, which was registered as an NGO in 2007 – began last March and was roundly condemned by women’s rights groups, who called on the authorities to drop the case.

A statement published at the time by 43 organisations said: “The Egyptian state should be taking all measures necessary to acknowledge the important and pivotal work … Hassan conducts in the advancement of women’s rights, provision of support services for survivors of sexual violence and a feminist discourse that is against all forms of violence and extremism.”

Hassan is a prominent feminist in Egypt and her group campaigns against human rights abuses, particularly the growing rate of violence against women in the country.

In a statement on Wednesday, Nazra vowed to continue its work.
“Even though financial resources are an important factor for the presence and work of any organisation and a guarantee for its sustainability, the work of civil society organisations is not strictly limited to receiving funds, but the belief in principles and ideas related to the rights of citizens and working for realising them, and the attempts of these groups to positively affect their societies.

“In spite of the fact that the asset freeze of Nazra NGO will limit our work in an obvious manner, the team vows to continue what we started with all its energy and work tools guaranteed by the constitution and law.

“The future we dream of for women in Egypt is far from realised, we will continue to work for it, for a better life for Egyptian women, and for the sustainability of a strong and independent Egyptian feminist movement.”

Speaking to the Guardian in March last year, Hassan said she believed her organisation was being targeted because of its human rights work. “We’re not this nice acceptable women’s organisation, we’re not a development-only [organisation],” she said. “We think the feminist movement is a political movement. We’ve always had a human rights perspective … we are not like other feminist organisations.
“If they want me, better to take me than the rest of the team.”

Since his election in 2014, President Abdel Fatah al-Sisi has focused on reviving Egypt’s ailing economy, upgrading its rickety infrastructure and battling Islamic State militants in the Sinai Peninsula.

Sisi has defended his country’s human rights record, arguing on several occasions that it should not be judged by western standards and that the right to education, decent housing and healthcare is just as important as freedom of expression.

However, authorities have steadily moved to erode many of the freedoms won by the 2011 popular uprising that toppled the regime of long-ruling autocrat Hosni Mubarak. The new constitution ratified in a 2014 referendum is by far the most liberal and progressive Egypt has had, but clauses in that document guaranteeing freedoms, privacy or human rights have been largely ignored by the authorities.