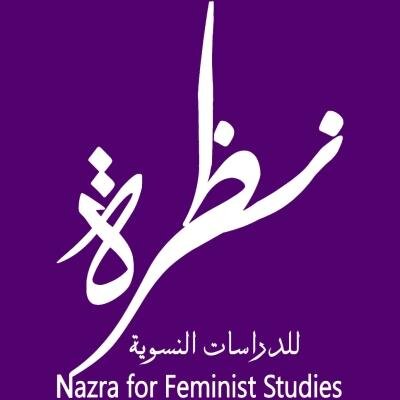 The mob-sexual assault that took place in the early hours of Friday 31 March 2017 in Qawmia area in Zagazig city in Sharkia governorate against a university student confirms the continuance of these crimes and their endemic nature in the Egyptian public sphere. The Egyptian state had adopted several policies to combat sexual violence in response to the pressure of several local groups during the past few years. The decision to establish a unit to monitor crimes of violence against women affiliated to the Ministry of Interior was enacted in May 2013, which stipulates the establishment of units to combat violence against women in security directorates in all Egyptian governorates, and article 306 of the Egyptian penal code was amended in 2014 to criminalize sexual harassment for the first time in a law in a clear manner, and most recently the National Council for Women launched a national strategy to combat violence against women on 7 May 2015. Despite the importance of the presence of these policies and legislation that feminist groups have always called for, yet this crime shows that it is either not applied effectively, or shows the presence of shortcomings in these policies, which renders a truthful confrontation and evaluation of what has been conducted in the past few years, in order to enable combat of sexual violence in a more effective manner. The wave of mob-sexual assaults and gang rapes that took place in Tahrir Square and its vicinity, which resulted in mobilization that led to the design of these policies from the state, were not an exception, and the state cannot deal with policies as a temporary measure taken at the primetime of mobilization on sexual violence and be ignored now. Sexual violence in the public sphere is almost a daily phenomenon and facing it mandates daily and strong efforts to enable and develop designed mechanisms.

The reaction of several actors shows the problems that surround the manner in which both the state and society employ to deal with sexual violence against women. The culture of survivor blaming for these crimes was very clear and evident by some members of parliament, where several parliamentary members stressed the importance of conducting ad-hoc meetings to identify the reasons for the spread of these crimes, while parliamentary member Ahmed El-Awady stressed the importance of “saving new generations from the demise of morals”, parliamentary member Amaal Tarabeya signaled the necessity of sending a briefing request to the Ministries of Communications and Interior regarding finding ways to stop the spread of pornographic websites that help spread these crimes in addition to “conducting seminars to reclaim morals and piety in society, away from wearing make-up and short clothes, as they are things that attract youthful men and attract attention, and result in flirtation”. Moreover, the Zagazig Security Directorate stated that the survivor was wearing “extremely short clothes in front of a café, so several young men gathered around her trying to harass her”. Media outlets also stressed on the discourse that shames the survivor and blames her. The culture of survivor blaming is only one telling example that demonstrates how problematic official and societal discourses on the issue of sexual violence against women are. This mainstream and problematic discourse is empty of a feminist perspective that views sexual violence as a crime stemming from patriarchal culture, and places it in its context related to discrimination against women. In consequence, sexually violent crimes are attributed to other reasons starting from societal circumstances and absence of piety, up to even blaming the survivor for her appearance, which results in a clear shortcoming in laws and policies that the state and societal discourse adopt around the issue. In addition, the state and concerned national mechanisms decided to not abide by employing transparent measures in monitoring or evaluating measures and practices that have been devised.

On the contrary, we believe that crimes of sexual violence against women are not isolated from their context, as they are not disconnected from the degrading views of women and rejection of the presence of their bodies in the public sphere in a free manner. While we see that the adoption and enactment of policies to combat sexual violence against women is the state’s responsibility, it does not mean by any manner that societal actors are to be shut out from discussions around this issue, or rendering them unable to monitor policies that the state adopts. This is why we have called repeatedly for the presence of a mechanism that ensures monitoring and evaluating the national strategy to combat violence against women. The adoption of transparency in the application of the national strategy, and recognition of the gaps in its elements and application is a societal right, as the issue of sexual violence against women is a societal and political issue that matters to all citizens. Subsequently, we see that there is no other way to face sexual violence than working from a discourse that recognizes these crimes as crimes of violence women are subjected to for being women, and one that believes in the importance of developing a comprehensive system to face this daily violence in all its forms, and realizes the right of society to monitor these policies.

Groups concerned with women’s human rights have undergone cruel fights in the past few years to place the issue of sexual violence for societal dialogue, and to push the state to carry its responsibility in combating these crimes, and women still pay hefty prices for their existence in the public sphere to carry out simple daily tasks. Today, and after a few years have passed during which we thought we succeeded in developing some mechanisms to combat sexual violence, we find ourselves once again in front of occurrences of mob-sexual assaults without the guarantee for accountability or not having these crimes happen again.

Accordingly we call for:

1. Revision of the state’s strategies to combat violence against women where civil society and concerned groups are included

2. Enactment of a transparent mechanism for the monitoring and evaluation of the National Strategy to Combat Violence against Women

3. Accountability of perpetrators and announcement of the case proceedings in a transparent manner that ensures the privacy of the survivor and confidentiality of her information

3. Cairo Center for Development and Law

6. Daughter of the Land Association

10. ElNadeem for the Treatment and Rehabilitation of Victims of Violence and Torture

11. Ganoubia Horra for Development in Aswan

19. The Egyptian Observatory for Training and Consultation

1. Bread and Liberty Party (under Foundation)

2. Daughter of the Nile Movement in Beheira