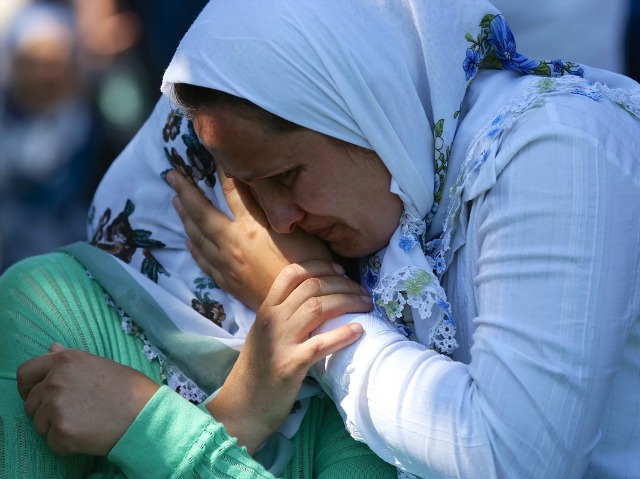 Over 20,000 people gathered at the Srebrenica memorial site in Bosnia to mourn those killed in the July 1995 massacres and bury 71 more victims whose bodies were identified over the past year.

Huge crowds of mourners gathered on Tuesday (11-7-2017) at the Srebrenica memorial site for the commemoration of the 22nd anniversary of the mass killings of Bosniaks by Bosnian Serb forces, with relatives shedding tears as 71 more victims were finally laid to rest.

Several thousand of the mourners arrived at the memorial site in the village of Potocari after having trekked across country on a three-day peace march. 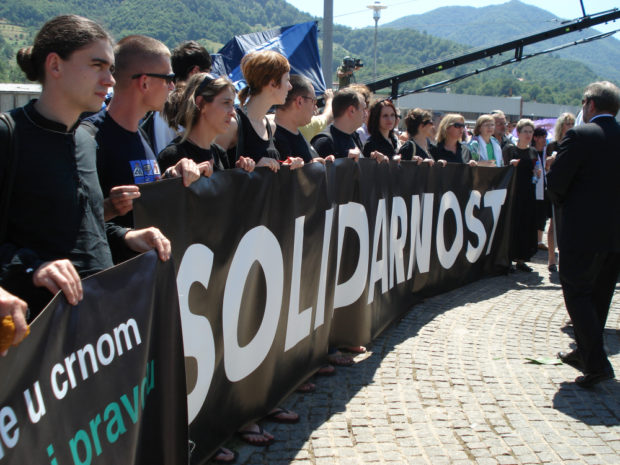 Photo from Women in Black Commemmoration, 2008

The youngest victim among those who were buried was Damir Suljic, who was 15 when he was killed in July 1995 after the Bosnian Serb Army overran the UN-protected ‘safe area’ of Srebrenica and subsequently executed some 8,000 Bosniak men and boys.

Suljic was buried next to his father, grandfather and uncle, who were also killed in the massacres, Anadolu news agency reported.

The Bosniak member of Bosnia and Herzegovina’s tripartite presidency, Bakir Izetbegovic, said in a speech at the commemoration that “reconciliation cannot be achieved without justice”.

“The foundations of reconciliation must be built on justice and truth, and that will not happen until the ideology and ideas that lead to genocide are completely defeated,” Izetbegovic said.

Hague Tribunal President Carmel Agius told the commemoration that denial or distortion of what happened in Srebrenica was “an intentional assault on truth”.

Agius said that the Srebrenica genocide “is so well documented, established by two UN international courts and scientifically supported, that you will never be able to succeed in hiding the true nature of this genocide”. 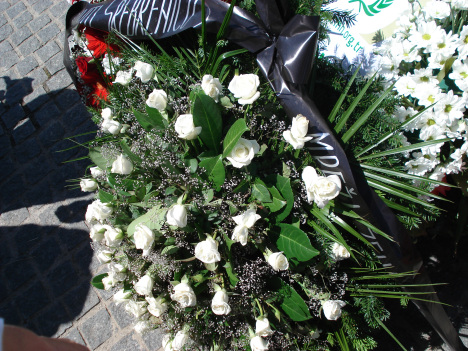 Photo from Women in Black commemmoration, in 2008