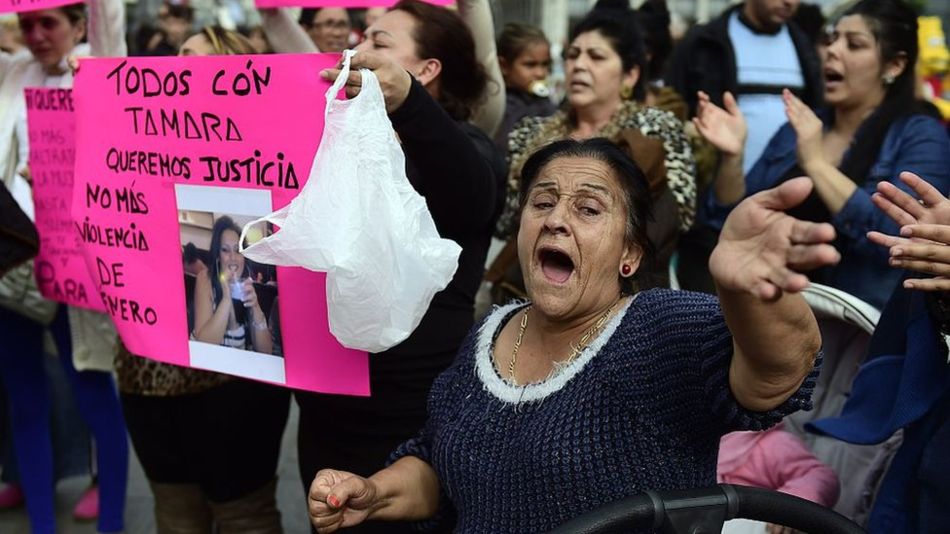 The measures include providing victims of abuse with six months’ unconditional unemployment benefit to give them a new start, and outlawing imprisoned abusers from being visited by their children.

The agreement was reached after six months and 66 expert hearings.

So far in 2017, at least 31 women have died along with six minors. Sixteen minors have been orphaned.

Spanish politicians have pursued successive programmes to address the issue since 1997, when 60-year-old Ana Orantes was beaten, thrown over a balcony and then burned to death by her ex-husband after repeatedly complaining to authorities about his violent behaviour.

She had been forced to divide her home with her husband on the order of a divorce court.

Among the 200 measures that received parliamentary endorsement late on Monday are:

The status of victim will be extended to women who have not yet filed a criminal complaint, to allow them to access safeguards and assistance

Tougher sanctions for gender-based crimes committed on the internet

The final form of the measures will have to be approved by parliamentary commissions on Friday – which will also monitor their implementation.

It was hailed as an “unprecedented event” by Javier Maroto, a leading figure in the ruling Popular Party.

Although there was cross-party satisfaction at the agreement, there was some criticism that some of the measures did not go far enough from the Socialist PSOE and left-wing Podemos parties.