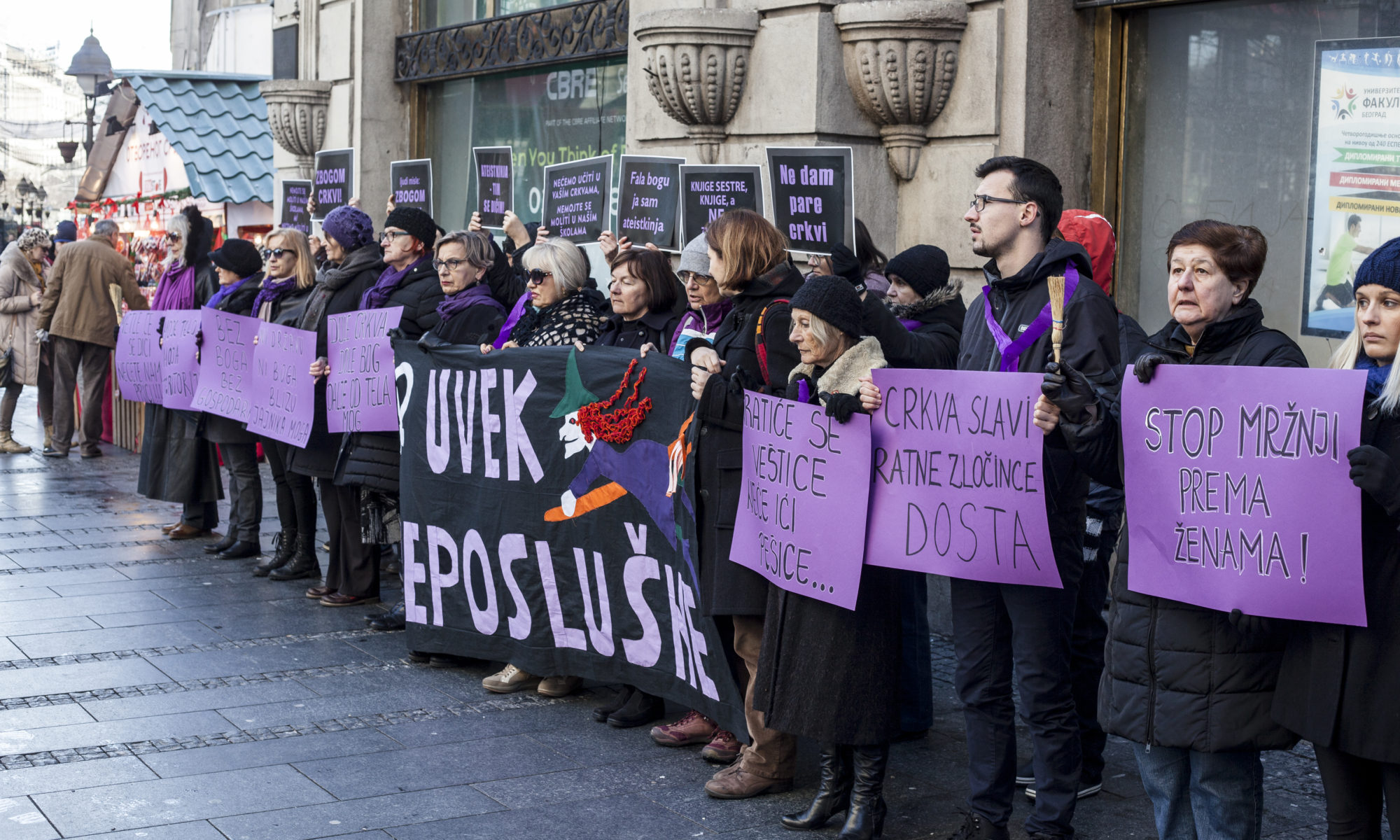 Women in Black, together with Women Network of Croatia, Center for Women and Peace Studies – Anima from Kotor, organized an anti-clerical feminist protest “Stop hatred against women – Stop fundamentalist, clero-fascist attacking on women!” in Knez Mihailova Street in Belgrade on International Day of Human Rights December 10th, 2017, at 12 o’clock.

At the protest were the following banners:

I don’t give money to church

Don’t pray in our schools, we won’t think in your churches

We won’t study in your churches, you don’t pray in our schools

The witches will be back, they won’t come by foot

Brooms will rise, you won’t come near us

No god, no master

Down with church, down with god, away from my body

No state no god near my ovary

There goes an angry woman, get out of the way priest

We all had an abortion

There were around thirty activist women and men at the protest. Unfortunately, the media weren’t present at the protest and the public safety was kept by the police.