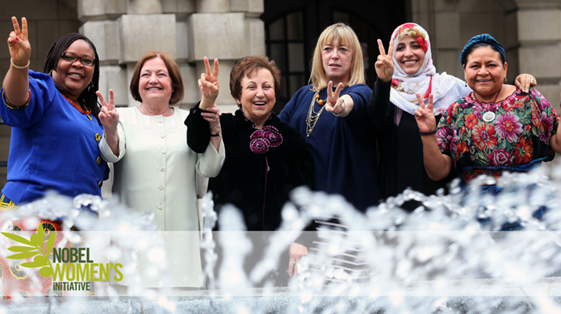 Women Must Be at the Peace Table to Resolve the Korean Conflict! Feminists for Peace

Join us to urge Foreign Ministers to prepare the table for peace on the Korean Peninsula and include feminist women’s movements in peace talks!

Foreign Ministers from around the world will be meeting in Vancouver, Canada on January 16th to discuss security and stability in the Korean Peninsula. Nobel Women’s Initiative will be traveling with a delegation of 16 women experts representing feminist peace movements from across the globe, to be present during this important meeting. The coalition has delivered a letter signed by 216 civil society organizations from 47 countries to the Foreign Ministers invited to attend the Vancouver meetings, asking that women’s movements have a seat at the peace table.

With Women Cross DMZ​, VOW, UCC, and WILPF we will co-host three events urging a comprehensive peaceful resolution to the longstanding conflict through diplomacy and dialogue—and reminding the Foreign Ministers that working with women’s movements is essential for lasting diplomatic solutions. 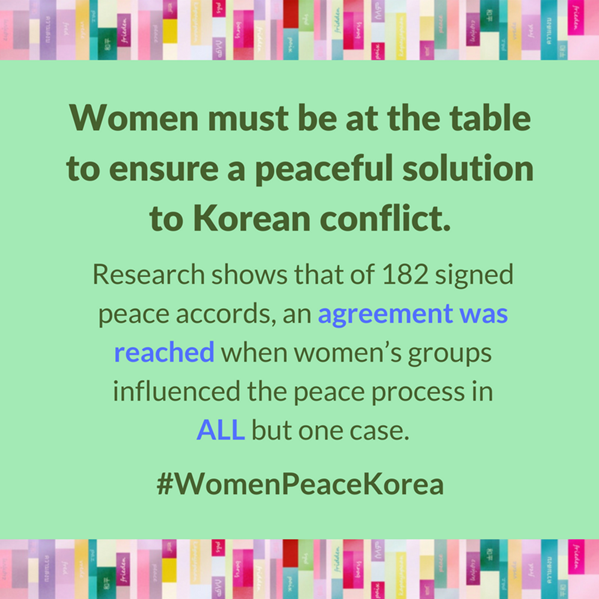 Send a message of peace and solidarity, and urge the Foreign Ministers to include women in the talks! Click here to join. Our messages will ring across Twitter just as the women gather outside the opening of the summit to Witness for Peace.

Research shows including women in peace process not only improves chance of reaching agreements, but also more durable ones. 16 women repping peace movements from around world, led by @WomenCrossDMZ, are pushing for the opportunity at Ministerial meeting on Korea in Vancouver! #WomenPeaceKorea

Jan 16 Foreign Ministers from 20 nations gather in Vancouver to discuss security and stability on Korean Peninsula. Stats show that women make peace agreements. Delegation of 16 woman leaders from peace movements around world need a seat at the table! #WomenPeaceKorea