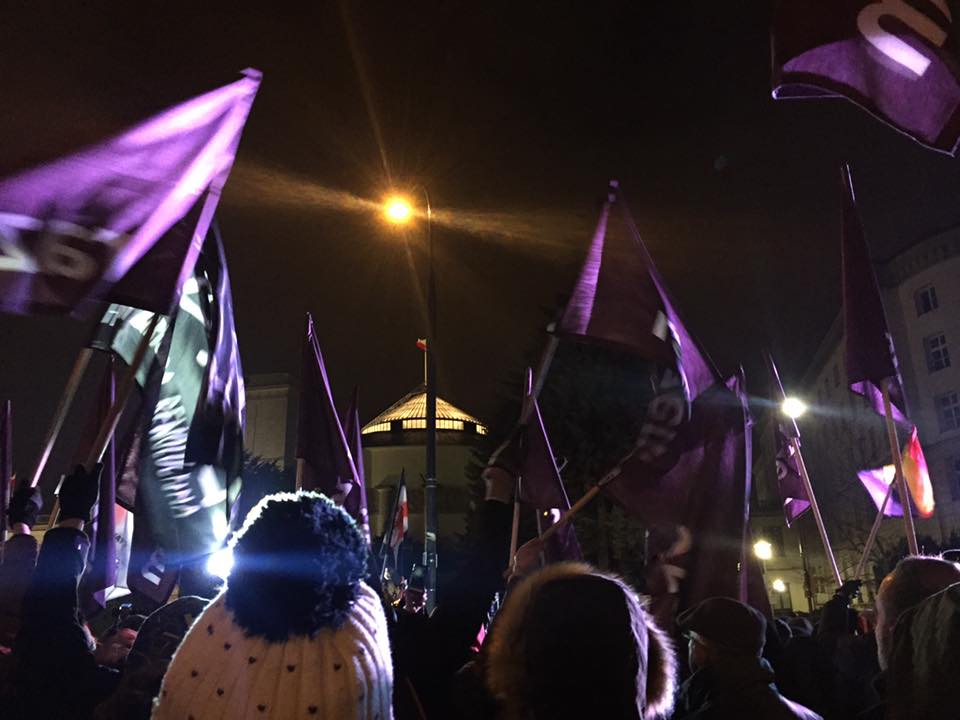 WARSAW (Reuters) – Hundreds of Poles gathered in front of the parliament building in Warsaw on Saturday evening to protest against proposals for tight restrictions on abortion debated by lawmakers this week.

On Wednesday the lower house decided to take up work on a bill that would ban abortions in the case of irreversible damage to the foetus, removing the main legal recourse Polish women have to obtain a termination.

Earlier, parliament rejected a proposal to liberalize the abortion rules which allow the procedure only when the mother’s health or life are in danger or the pregnancy resulted from rape or incest.

This is the second bid by the ruling Law and Justice (PiS) party to tighten rules that are already among Europe’s toughest. Its initial plan for a near-total ban on abortion was rejected after mass protests in 2016.

“Except for wombs we also have brains,” read some of the slogans carried by demonstrators braving a cold night to join the protest organized by a group of leftist movements.

The conservative PiS, supported by the powerful Catholic Church, has been pushing to enforce religious values in public life, with the party leader and the country’s paramount politician, Jaroslaw Kaczynski, long saying that abortions due to damage to a foetus must be outlawed.

“As everyone, I‘m here because the government is enforcing solutions that hit women, ignoring women’s voice. These changes are being introduced without any consultations,” said 25-year-old Maja at the protest.

“The parliament decided to continue work on a crazy project, but I am not sure if our protest will change anything,” said Bogumila, an 18-year-old student.