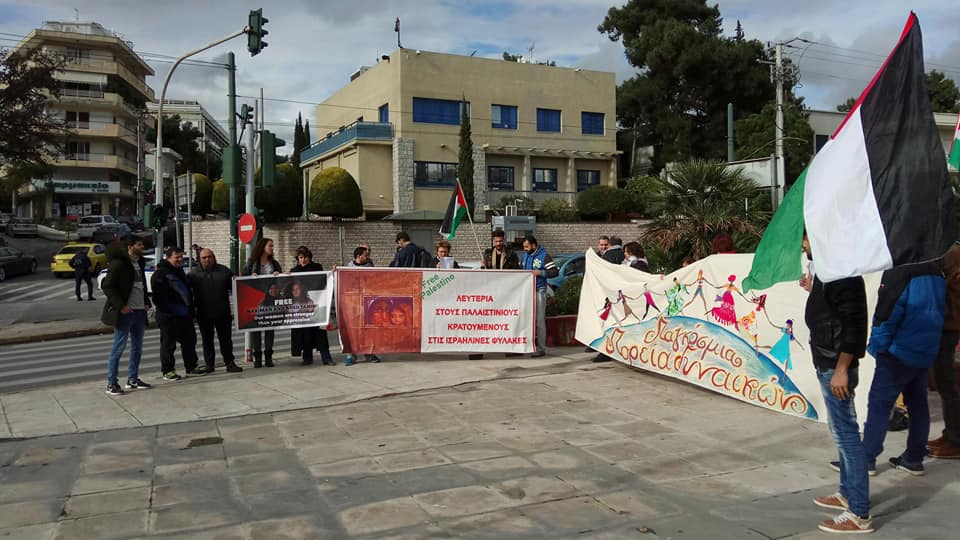 Today, the 13th of January 2018, in Athens, we are protesting and demanding the release of Ahed Tamimi, her mother and the 300 children detained in the prisons of Israel, participating in the international campaign.

Ahed is in detention since December 19, and, according to her attorney
Gaby Lasky, the incident did not warrant a long detention. As she told Haaretz, “they held her to find material from past incidents, and indeed they filed an indictment concerning events that occurred a year and a half ago and earlier, which until her current arrest had not been reported and for which she had not been arrested. There were no complaints or reports about them.” 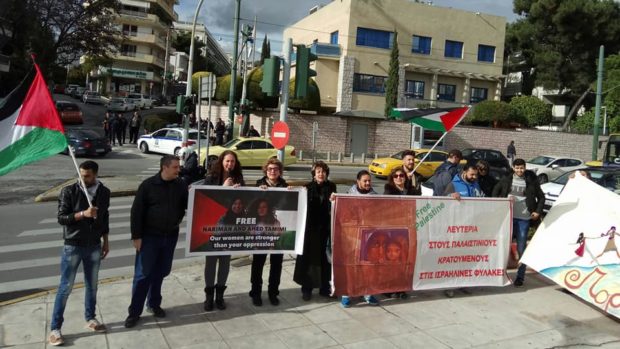 300 more children are in prisons, as also thousands of citizens from the different areas of Palestine, because they protest and revolt against occupation, more particularly after Trump’s announcement that he recognises Jerusalem as the capital of Israel. The demand of the Palestinians is two states with Jerusalem as common capital.

The statement of Trump ignited a big indignation, while it was also condemned by a vast majority vote by the General Assembly of the United Naitions, in December 21 of 2017. 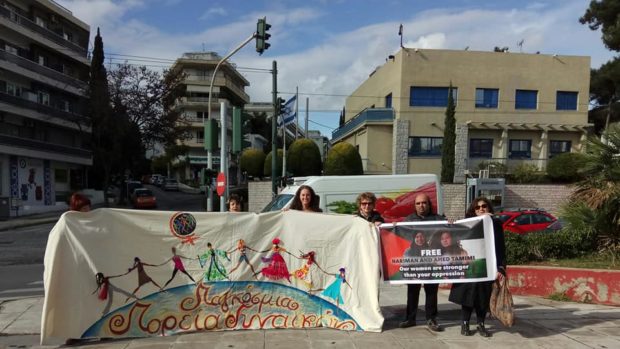 The women and the children are in the first line of struggle for the Right of the palestinians, and they revolt with the slogan “There is no peace without Justice”. We are at their side.

The yellow building behind in the photos, is the Israeli Embassy